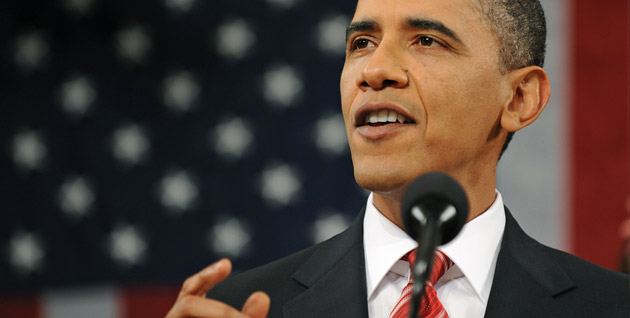 The following are excerpts from the report by Maj. Gen. Antonio M. Taguba, "Article 15-6 Investigation of the 800th Military Police Brigade." The report investigated allegations of prisoner abuse at the Abu Ghraib prison and was ordered by Lt. Gen. Ricardo Sanchez.

The prison scandal began when photographs were broadcast last week by CBS News' 60 Minutes II showing prisoners hooded and nude, forced into sexual positions and piled together. One was attached to wires and was allegedly told that he might be electrocuted.

These excerpts are from the section of the report entitled, "Findings and Recommendations." They are highlights and do not encompass all the information in the full report (3MB pdf).

6. I find that the intentional abuse of detainees by military police personnel included the following acts:
a. Punching, slapping, and kicking detainees; jumping on their naked feet;
b. Videotaping and photographing naked male and female detainees;
c. Forcibly arranging detainees in various sexually explicit positions for photographing;
d. Forcing detainees to remove their clothing and keeping them naked for several days at a time;
e. Forcing naked male detainees to wear women's underwear;
f. Forcing groups of male detainees to masturbate themselves while being photographed and videotaped;
g. Arranging naked male detainees in a pile and then jumping on them;
h. Positioning a naked detainee on a (Meals-Ready-To-Eat) MRE Box, with a sandbag on his head, and attaching wires to his fingers, toes, and penis to simulate electric torture;
i. Writing "I am a Rapest" (sic) on the leg of a detainee alleged to have forcibly raped a 15-year old fellow detainee, and then photographing him naked;
j. Placing a dog chain or strap around a naked detainee's neck and having a female Soldier pose for a picture;
k. A male MP guard having sex with a female detainee;
l. Using military working dogs (without muzzles) to intimidate and frighten detainees, and in at least one case biting and severely injuring a detainee;
m. Taking photographs of dead Iraqi detainees.

8. In addition, several detainees also described the following acts of abuse, which under the circumstances, I find credible based on the clarity of their statements and supporting evidence provided by other witnesses:
a. Breaking chemical lights and pouring the phosphoric liquid on detainees;
b. Threatening detainees with a charged 9mm pistol;
c. Pouring cold water on naked detainees;
d. Beating detainees with a broom handle and a chair;
e. Threatening male detainees with rape;
f. Allowing a military police guard to stitch the wound of a detainee who was injured after being slammed against the wall in his cell;
g. Sodomizing a detainee with a chemical light and perhaps a broom stick.
h. Using military working dogs to frighten and intimidate detainees with threats of attack, and in one instance actually biting a detainee. …

… 10. I find that contrary to the provision of (Army Regulation) AR 190-8, and the findings found in MG Ryder's Report, Military Intelligence interrogators and Other US Government Agency's (OGA) interrogators actively requested that MP guards set physical and mental conditions for favorable interrogation of witnesses. … I find that personnel assigned to the 372ndMP Company, 800th MP Brigade were directed to change facility procedures to "set the conditions" for MI interrogations. I find no direct evidence that MP personnel actually participated in those MI interrogations.

11. I reach this finding based on the actual proven abuse that I find was inflicted on detainees and by the following witness statements:

a. (Witness name deleted), 372nd MP Company, stated in her sworn statement regarding the incident where a detainee was placed on a box with wires attached to his fingers, toes, and penis, "that her job was to keep detainees awake." She stated that MI was talking to (Name deleted). She stated: "MI wanted to get them to talk. It is (Name deleted) and (Name deleted)'s job to do things for MI and OGA to get these people to talk."

b. (Witness name deleted), 372nd MP Company, stated in his sworn statement as follows: "I witnessed prisoners in the MI hold section, wing 1A being made to do various things that I would question morally. In Wing 1A we were told that they had different rules and different SOP for treatment. I never saw a set of rules or Standard Operating Procedures (SOP) for that section just word of mouth. The Soldier in charge of 1A was (Name deleted). He stated that the Agents and MI Soldiers would ask him to do things, but nothing was ever in writing he would complain (sic)." When asked why the rules in 1A/1B were different than the rest of the wings, (Name deleted) stated: "The rest of the wings are regular prisoners and 1A/B are Military Intelligence (MI) holds." When asked why he did not inform his chain of command about this abuse, (Witness) stated: " Because I assumed that if they were doing things out of the ordinary or outside the guidelines, someone would have said something. Also the wing belongs to MI and it appeared MI personnel approved of the abuse." (Witness) also stated that he had heard MI insinuate to the guards to abuse the inmates. When asked what MI said he stated: "Loosen this guy up for us." Make sure he has abad night." "Make sure he gets the treatment." He claimed these comments were made to (Name deleted)and (Name deleted). Finally, (Witness) stated that (sic): "the MI staffs to my understanding have been giving (Name deleted) compliments on the way he has been handling the MI holds. Example being statements like, "Good job, they're breaking down real fast. They answer every question. They're giving out good information, Finally, and Keep up the good work . Stuff like that." …

… 8. There is a general lack of knowledge, implementation, and emphasis of basic legal, regulatory, doctrinal, and command requirements within the 800th MP Brigade and its subordinate units.

9. The handling of detainees and criminal prisoners after in-processing was inconsistent from detention facility to detention facility, compound to compound, encampment to encampment, and even shift to shift throughout the 800th MP Brigade (area of responsibility) AOR. …

… 12. There was a severe lapse in the accountability of detainees at the Abu Ghraib Prison Complex. …

… 22. The documentation provided to this investigation identified 27 escapes or attempted escapes from the detention facilities throughout the 800th MP Brigade's AOR. …

23. The Abu Ghraib and Camp Bucca detention facilities are significantly over their intended maximum capacity while the guard force is undermanned and under resourced. . …

… 28. Neither the camp rules nor the provisions of the Geneva Conventions are posted in English or in the language of the detainees at any of the detention facilities in the 800th MP Brigade's AOR, even after several investigations had annotated the lack of this critical requirement.

29. The Iraqi guards at Abu Ghraib BCCF) demonstrate questionable work ethics and loyalties … These guards have furnished the Iraqi criminal inmates with contraband, weapons, and information. Additionally, they have facilitated the escape of at least one detainee.

30. In general, US civilian contract personnel (Titan Corporation, CACI, etc…), third country nationals, and local contractors do not appear to be properly supervised within the detention facility at Abu Ghraib. …

… 4. I find that the 800th MP Brigade was not adequately trained for a mission that included operating a prison or penal institution at Abu Ghraib Prison Complex. …

… 20. In addition I find that psychological factors, such as the difference in culture, the Soldiers' quality of life, the real presence of mortal danger over an extended time period, and the failure of commanders to recognize these pressures contributed to the perversive atmosphere that existed at Abu Ghraib (BCCF) Detention Facility and throughout the 800th MP Brigade. …

1. Several US Army Soldiers have committed egregious acts and grave breaches of international law at Abu Ghraib/BCCF and Camp Bucca, Iraq. Furthermore, key senior leaders in both the 800th MP Brigade and the 205th MI Brigade failed to comply with established regulations, policies, and command directives in preventing detainee abuses at Abu Ghraib (BCCF) and at Camp Bucca during the period August 2003 to February 2004. …