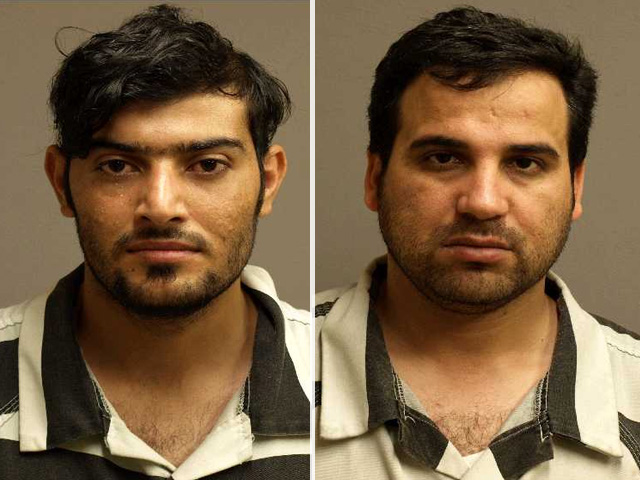 LOUISVILLE, Ky. - An Iraqi refugee living in Kentucky told an FBI informant that he used improvised explosive devices in insurgent attacks on U.S. troops in Iraq, and said it was most important to send sniper rifles to his home country, according to a sworn statement.

The refugee, along with one of his recruits, was arrested and accused of trying to send sniper rifles, Stinger missiles and money to al Qaeda operatives in Iraq.

Waad Ramadan Alwan, 30, was well-schooled in sniper rifles and improvised explosive devices, according to an FBI affidavit released Tuesday.

"If I can get to Iraq, can you send me a sniper rifle?" Alwan asked the informant. "I want one so I can shoot from far away."

Alwan, and Mohanad Shareef Hammadi, 23, both of Bowling Green, Ky., were arrested last week after an investigation that began months after they arrived in the U.S. in 2009. Neither is charged with plotting attacks within the United States, and authorities said their weapons and money didn't make it to Iraq because of a tightly controlled undercover investigation.

Alwan also boasted of constructing and using IEDs against Humvees and Bradley vehicles, providing drawings of the proper techniques for building four different types of devices, the affidavit said.

"In describing a particular type of IED, Alwan talked about filling the container and stated, 'anything lethal could be stuffed into it, such as ball-bearings, nails, gravel and whatever item that kills,'" FBI Special Agent Richard Glenn said in the affidavit.

"Do you understand the procedure?" Alwan asked the FBI informant. "Not that hard, but it needs someone who understands this business, not anyone can do it. One has to have some practical training."

The men pleaded not guilty to the charges during a preliminary hearing Tuesday, and they're in federal custody pending a detention hearing.

The criminal complaints against the two men say they entered the United States legally in April 2009 and had refugee status. By late 2010, Alwan had told the informant he wanted to help terrorists in Iraq, and he recruited Hammadi early this year, authorities said.

Federal prosecutors and the FBI declined to say how the two men were able to enter the country as refugees, or what they were doing in Bowling Green, a city of 60,000. State officials said at least 253 Iraqi refugees have moved to the city since 2008 but wouldn't comment on whether the state's refugee office dealt with the suspects.

Overall, some 54,000 displaced Iraqis have come to the U.S. over the past five years, reports CBS News national security correspondent Bob Orr. A Department of Homeland Security official, who requested anonymity because the investigation is ongoing, said Alwan and Hammadi slipped through gaps in the immigration vetting system that have since been filled. The official said the agency now checks people repeatedly as new information becomes available.

Their arrests come after FBI Director Robert Mueller said in February that his agency was taking a fresh look at Iraqi nationals in the U.S. who had ties to al Qaeda's offshoot in Iraq. The group had not previously been considered a threat in the U.S.

Court documents say the probe of Alwan began in September 2009, five months after he'd come to the U.S. Late the next year, authorities started using an informant to record conversations with him.

According to the criminal complaints, Alwan told the informant he was involved in insurgent attacks in Iraq from 2003 until 2006.

In January, an FBI lab ultimately was able to match Alwan's fingerprints to two latent prints pulled of an unexploded bomb found in Iraq in 2005, reports Orr.

The informant told Alwan he worked for groups that received money from Osama bin Laden and was planning to send money and weapons to Iraq in secret compartments on cars.

The criminal complaints said Alwan recruited Hammadi in January to assist him, describing the younger Iraqi to the informant as a relative whose work as an insurgent was well-known. Later that month, Alwan and Hammadi allegedly delivered money to a tractor-trailer, believing the money would ultimately be shipped to al Qaeda in Iraq. They later helped delivered weapons that included two Stinger missiles, authorities said.

"In reality, these weapons and money never made it outside of Kentucky," said FBI Special Agent in Charge Elizabeth Fries, who declined to say what the men did for a living.

Hammadi's court-appointed attorney, James Earhart of Louisville, said he doesn't know much about the case.

"I haven't had a chance to sit down and talk with him yet," he said.

No one answered the door Tuesday afternoon when a reporter went to Alwan's and Hammadi's listed addresses in Bowling Green.

Iraqi government spokesman Ali al-Dabbagh said the government is trying to find out more about Alwan and Hammadi but currently has no information.