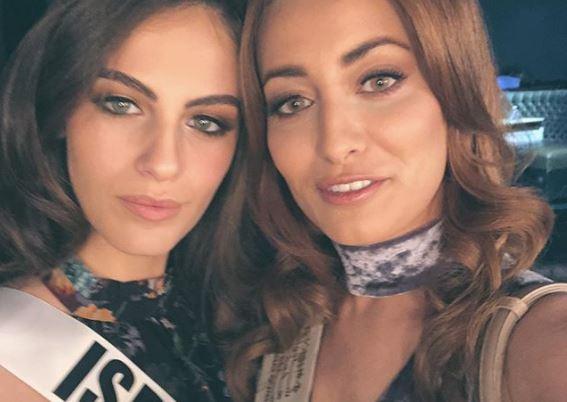 Despite the criticism, Idan said she isn't afraid, and that she visited Israel "because I want peace for everyone, for Israelis, for Palestinians."

Idan was criticized and received death threats after taking a selfie with Israeli contestant Adal Gandelsman during last November's Miss Universe competition and posting it online. In the caption on Instagram she wrote, "Peace and Love from Miss Iraq and Miss Israel." Iraq and Israel don't have diplomatic relations.

"I woke up to calls from my family and the Miss Iraq Organization going insane. The death threats I got online were so scary," she told CNN at the time.

Idan arrived in Israel this week and reunited with Gandelsman during a visit organized by the American Jewish Committee to "talk about peace." She posted a fresh picture showing the two together with a caption that reads, "Sisters reunion."

A video, also posted on Instagram, is captioned, "Shalom/Salam from Jerusalem."

Miss Iraq, who currently resides in the U.S., received the title in 2017 after the original winner was disqualified for being married.

BBC News reports that while Idan was in Israel she toured a part of Jerusalem and ate at an Iraqi-Jewish restaurant.

"I don't think Iraq and Israel are enemies, I think maybe the governments are enemies with each other," she reportedly said in an interview with Israel's Channel 2 News.