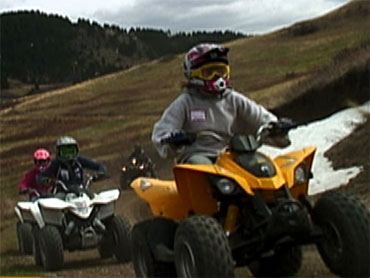 Some U.S. soldiers returning from the war in Iraq are bringing lung disease home with them.

A new study shows a large group of Iraq War veterans has been diagnosed with bronchiolitis, a type of lung disease that affects the small airways of the lung. It causes shortness of breath and/or rapid and labored breathing.

"All of the soldiers evaluated were physically fit at the time of deployment. On return, none of those diagnosed with bronchiolitis met physical training standards. In almost every case they were declared unfit for duty and were medically boarded with a service connected disability," says researcher Robert Miller, MD, assistant professor of pulmonary and critical care medicine at Vanderbilt University, in a news release.

Bronchiolitis is associated with many conditions, such as toxic inhalation, infection, and rheumatoid arthritis.

But researchers say these results suggest that exposure to toxins during the Iraq War may also need to be considered as a risk factor for unexplained breathing problems.

But biopsies of lung tissue confirmed a diagnosis of bronchiolitis in 29 of 31 Iraq War veterans referred for biopsy. Most of those diagnosed with bronchiolitis had prolonged exposure to sulfur dioxide from a sulfur mine fire near Mosul, Iraq, in 2003; others had no reported specific risk factors for lung disease.

The U.S. Department of Defense says the Mosul sulfur fire was deliberately set and considers it a combat-related event. Researchers say it was the largest man-made release of sulfur dioxide.

"Air samples collected by the U.S. Army confirmed that sulfur dioxide levels in the area were at toxic levels," says Miller.

But King says some soldiers diagnosed with bronchiolitis had no exposure history. "We are concerned that there are may be many unidentified exposures putting soldiers at risk of developing bronchiolitis," says King. "Soldiers from Fort Campbell were not the only ones exposed to the Mosul sulfur. Other battalions were there as well."