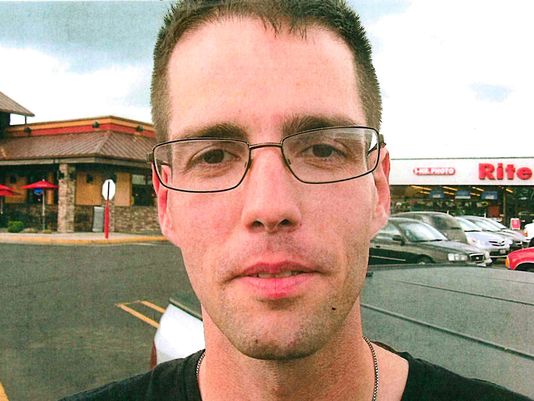 SPOKANE, Wash. - A decorated Iraq War veteran who is described by his estranged wife as suffering from post-traumatic stress has been arrested in the killing of his estranged wife's mother, stepfather and brother.

According to court documents released Monday, the estranged wife - Amanda Murry - told sheriff's deputies that her husband, Roy H. Murry, 30, of Lewiston, Idaho, had been increasingly delusional and blamed her family for the couple's marital problems.

Murry was the only person she suspected of having reason to harm the three people, she told investigators.

Roy Murry was scheduled to make his first court appearance on Tuesday in Spokane County Superior Court after his arrest on three counts of first-degree murder.

Roy Murry earned a Bronze Star for valor as an Army National Guard sergeant in Iraq, where he was severely injured by a bomb. He has had a series of run-ins involving weapons with law enforcement officers since his return from the war.

Murry remained in custody after surrendering to authorities on Saturday, four days after the home of his wife's family was set on fire near Colbert, Spokane County Sheriff Ozzie Knezovich said.

The three bodies were found with numerous gunshot wounds on the rural property.

Murry was being held on three counts of first-degree murder. It was not clear if he had an attorney.

Amanda Murry, a nurse, told investigators that she had moved in with her mother, stepfather and brother in December and wanted a divorce.

"Roy had told her that her family was a hindrance between the two of them having a successful marriage," according to an affidavit from Spokane County sheriff's Detective Kirk Keyser.

Investigators found the body of Lisa Canfield, 52, on a bedroom floor, gagged and with numerous cuts to her body. Her son John Constable, 23, also was found in the house.

The body of Terrance Canfield, 58, a lieutenant with the Spokane Fire Department, was found in a burning barn on the property.

Amanda Murry has said her husband owned numerous firearms and it was his custom to wipe off ammunition as he loaded it into a magazine to avoid leaving fingerprints.

"Roy Murry told Amanda that this helped his ability to 'shoot and scoot' which meant he did not leave behind any DNA or fingerprints," Keyser said in the affidavit.

Police recovered a .22-caliber pistol in Roy Murry's car with an empty magazine, according to the documents.

In 2011, the Spokane County Republican Party named Murry as one of three nominees to fill a state Senate seat, despite his lack of political experience and a brush with the law.

A year earlier, he had forfeited bail on a charge of possessing an illegal switchblade knife. County commissioners did not select him for the state Senate position.

Just days after Murry was nominated as a candidate for the post, he was arrested in Las Vegas on a firearms charge.

Police said his car was parked on the side of a road at a strange angle with its motor running. Police found a semi-automatic handgun in his waistband. He also had two knives, two ammunition clips and some loose rounds in his pocket.

Later in 2011, Murry was arrested after he carried a loaded gun into a veterans hospital in Walla Walla.

Court records indicate that he entered a diversion program in which he agreed to perform 100 hours of community service, pay $500, relinquish any permit that allowed him to carry concealed weapons for two years, and complete a firearms safety course.