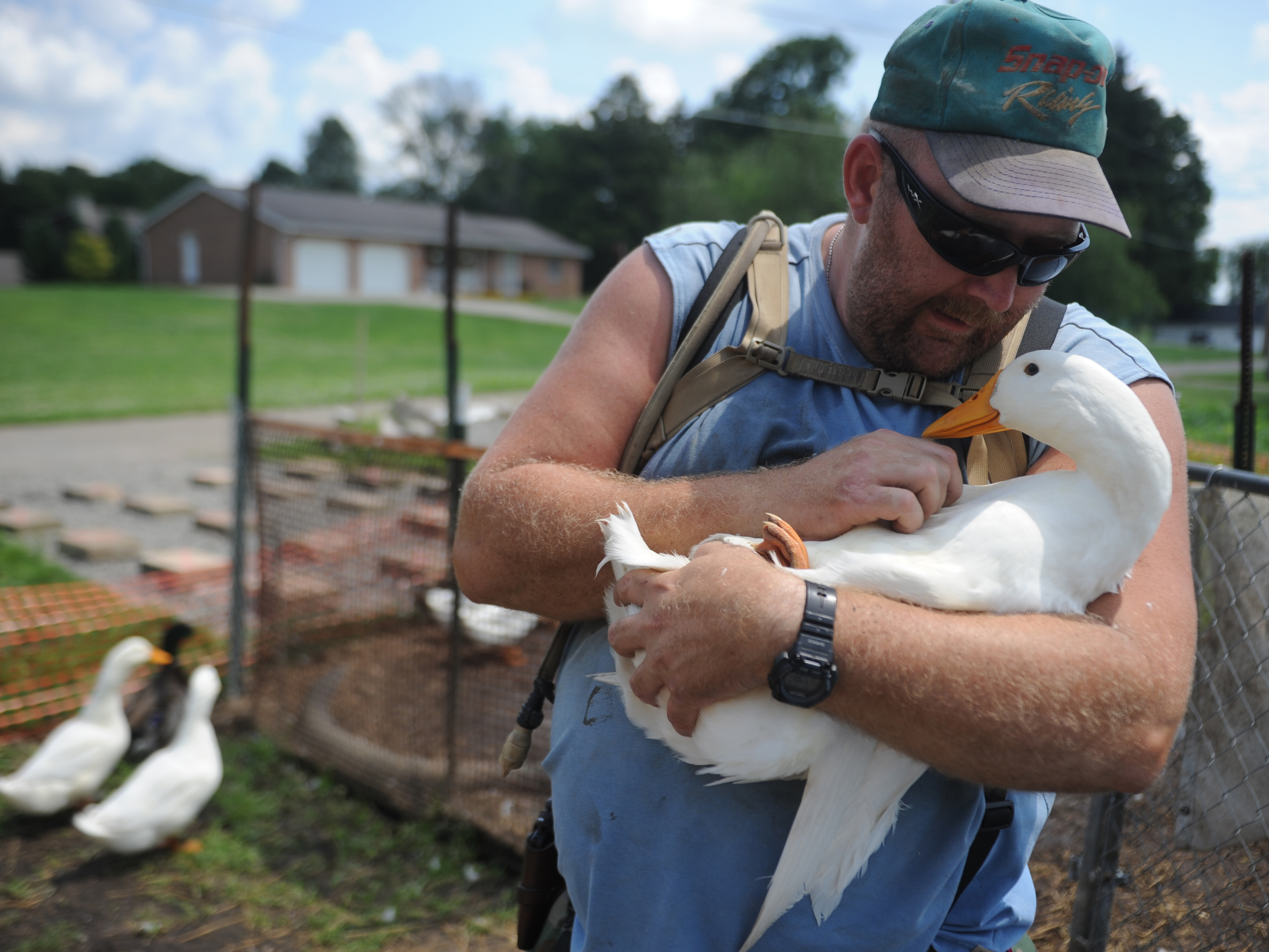 WEST LAFAYETTE, Ohio - An Army veteran who hurt his back during the Iraq War is worried a citation will result in him losing his 14 pet ducks, which he says are therapeutic.

Darin Welker said officials in the village of West Lafayette told him to get rid of the ducks in May and cited him for a minor misdemeanor on June 23 for failing to comply. Walker is scheduled to appear in Coshocton Municipal Court for a hearing Wednesday and could face a $150 fine.

Welker, 36, says the ducks help him with depression and post-traumatic stress disorder and keep him more active.

West Lafayette, about 80 miles east of Columbus, banned residents from keeping fowl and other farm animals in 2010.

Welker told the Coshocton Tribune that he's had the ducks since March. He said they motivate him to get out of the house so he can feed and clean up after them.

"They're quite a relaxing animal, and they help comfort me in different situations," Welker recently told the Tribune as he held one duck like a baby and stroked its neck. "(Watching them) keeps you entertained for hours at a time."

Welker served a year in Iraq with the Army National Guard in 2005 and said he came home with a major back injury that required surgery in 2012.

The Department of Veterans Affairs paid for the back surgery but declined to pay for physical therapy recommended by his surgeon and did not provide him with counseling, he said. That's partly why he has come to rely on the ducks, he said.

Welker said he's planning to tell the judge how much the ducks have helped him. He said he has a letter from the VA's mental health department recommending he be allowed to keep them.

The 14 ducks live in a penned-in area in Welker's backyard, which also has kiddie pools so they can swim.

Woman dies after being impaled by beach umbrella in South Carolina
Thanks for reading CBS NEWS.
Create your free account or log in
for more features.
View CBS News In
CBS News App Open
Chrome Safari Continue
Be the first to know
Get browser notifications for breaking news, live events, and exclusive reporting.