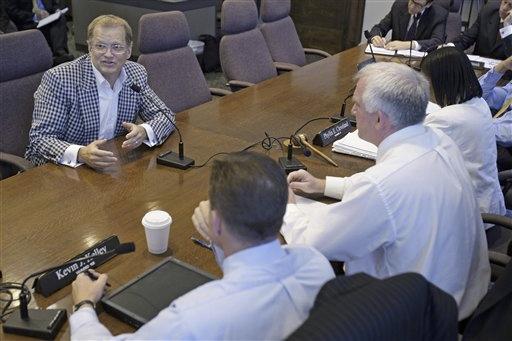 U.S. troops clashed Monday with Sunni insurgents west of the capital and gunmen assassinated Baghdad's deputy governor as fresh American soldiers arrived in the capital — a move that will push U.S. military strength in Iraq to its highest level since the summer of 2003.

An Iraqi freelance television cameraman who provided material to Associated Press Television News and others was killed Monday while filming skirmishes between U.S. Marines and Iraqi insurgents in Ramadi, 70 miles west of Baghdad.

American artillery Monday pounded suspected insurgent positions in Fallujah, witnesses said. U.S. forces are gearing up for an offensive in Fallujah and other Sunni strongholds if Iraqi mediation fails to win agreement to hand over foreign Arab fighters and other militants.