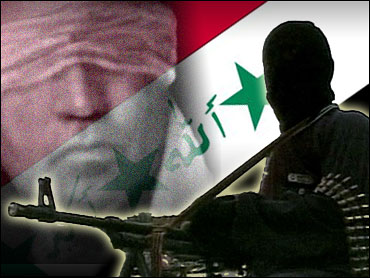 BAGHDAD - Wearing military uniforms over explosives belts, gunmen held a local Iraqi government center hostage Tuesday in a grisly siege that ended with the deaths of at least 56 people, including three councilmen who were executed with gunshots to the head.

The five-hour standoff in Tikrit, former dictator Saddam Hussein's home town, ended only when the attackers blew themselves up in one of the bloodiest days in Iraq this year.

First they set fire to the bodies of the three slain Salahuddin province councilmen in a brutal, defiant show of how insurgents still render Iraq unstable — even if it has so far escaped the political unrest rolling across the Arab world.

"Why did they shoot him and set fire to his poor body?" said Salahuddin government spokesman Mohammed al-Asi, trying not to weep when confirming the killing of lawmaker Mehdi al-Aaran, an elderly man who headed the council's religious affairs committee.

Speaking in a muted voice, Salahuddin Governor Ahmed Abdullah called the attack "a tragic incident carried out by ruthless terrorists."

Iraqi officials were quick to blame al Qaeda in Iraq for the slaughter, noting that executions and suicide bombers are hallmarks of the extremist group. A senior intelligence official in Baghdad likened the attack to al Qaeda's horrifying hostage raid last fall on a Catholic church in Baghdad that left 68 dead and stunned the nation.

Among the dead were councilman Abdullah Jebara, a vocal al Qaeda foe; the council's health committee chairman, Wathiq al-Samaraie; and Iraqi journalist Sabah al-Bazi, a correspondent for Al-Arabiya satellite TV channel and a freelancer for CNN and Reuters.

Members of Iraq's parliament immediately called for an investigation into how the band of eight or nine insurgents could pull off the attack and paralyze a mostly-Sunni Muslim city that was once a hotbed for al Qaeda in Iraq and Saddam sympathizers. Tikrit is the capital of Salahuddin and is located 80 miles (130 kilometers) north of Baghdad.

Officials are particularly sensitive about the ability of Iraqi security forces to protect the country as U.S. troops plan to leave at the end of the year.

"We denounce this sorrowful act, where insurgents with military uniforms could break into the council building," said parliamentarian Suhad al-Obedi, who represents Salahuddin province. "This is a security breach."

It's not hard to buy uniforms on Iraqi streets, and the ease and deadliness of the attack demonstrated sophisticated planning by the gunmen.

A car bomb exploded outside the Salahuddin provincial council headquarters around 1 p.m., distracting security officials who rushed to put out the resulting fire. That's when the uniformed gunmen — including one with counterfeit a high rank — identified themselves as Iraqi soldiers at a security checkpoint outside the compound. Told they would have to be searched before entering, they opened fire on guards and stormed the building.

"The gunmen were armed with grenades and began their raid by firing at random at a reception room," said Ali Abdul Rihman, a spokesman for the governor. "Then they opened fire inside."

The provincial council meets at the headquarters every Tuesday, but Rihman said local lawmakers ended their discussion early because there was little on their agenda. As a result, he said, most of the lawmakers had already left the headquarters when the assault began.

Al-Asi, the provincial spokesman, said 15 people were taken hostage on the headquarters' second floor, where the gunmen hurled grenades and fired at security forces below. The hostages, including the three lawmakers, were each shot in the head, al-Asi said.

Parliament lawmaker Qutayba al-Jabouri said security forces did not try to negotiate with the gunmen since they were under assault. Gov. Abdullah described a fierce shootout between the gunmen and Iraqi security forces who surrounded the building.

American troops who were nearby as part of an advising mission with Iraqi forces also responded to the attack, and some U.S. soldiers received minor wounds, said military spokesman Col. Barry Johnson. The U.S. troops dropped back after Iraqi forces took control, Johnson said.

The looming deadline for the U.S. troops withdrawal, twinned with the political unrest cascading throughout the Mideast, has spooked American and Iraqi leaders alike about whether the fledgling Iraqi democracy will fall back into violence.

Baghdad University political analyst Hassan Kamil called Tuesday's attacks "another indication that the insurgents are no way thinking of giving up the struggle in Iraq."

"It is a show of force aiming at convincing people that despite the setbacks, the insurgency is still active," Kamil said. "Security is still fragile."