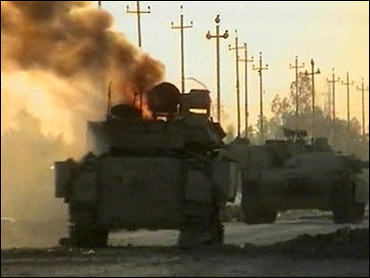 After four years of war, Americans are increasingly pessimistic about the prospects for success in Iraq and a majority wants U.S. troops to begin coming home, according to an analysis of data from CBS News and CBS News/New York Times polls.

Americans did not expect the war to last this long, nor did they think it would cost as many lives as it has.

President Bush continues to receive low ratings on his handling of Iraq and most Americans now oppose his decision to send more troops there. Democrats, meanwhile, are challenging Mr. Bush's Iraq policy, winning House committee approval this week for a troop withdrawal deadline of Sept. 1, 2008, but suffering defeat in the Senate on a separate plan to end the war.

WILL THE U.S. SUCCEED IN IRAQ?

Nearly seven in ten Americans now say things are going badly for the U.S. in Iraq; just 29 percent say things are going well. That's a complete reversal from May 2003, two months into the war, when more than seven in 10 thought things in Iraq were going well. Assessments remained positive until shortly after Saddam Hussein was captured in December 2003. Since then, however, views have become gloomier.

The war has been longer and bloodier than Americans expected. At the start of the war, Americans thought it would be a short conflict with fewer than 1,000 fatalities. Since then, over 3,200 U.S. troops have died and more than 24,000 have been wounded.

EXPECTATIONS FOR U.S. LOSS OF LIFE

Tens of thousands of Iraqi civilians have also been killed in the war, but precise figures are difficult to come by. Estimates range from more than 50,000 into the hundreds of thousands, the Associated Press says. The U.N. Assistance Mission for Iraq reports more than 34,000 deaths in 2006 alone.

In April 2003, just weeks after the fall of Baghdad, seven in 10 Americans thought U.S. troops would be in Iraq for two years or less. Only 27 percent thought they'd be there longer than two years.

U.S. TROOP LEVELS IN IRAQ SHOULD…

Americans give the president some leeway, however. More than half think it will take at six months to determine if the troop increase is working.

Despite the political arguments that have surrounded the troop and funding decisions, more than seven in ten Americans say one can oppose the war and still support U.S. troops.

The American people continue to give Mr. Bush low marks for his leadership on Iraq. His current approval rating is 28 percent; he has not reached the 30 percent mark since October 2006.

That's a far cry from April 2003, after the fall of Baghdad, when Mr. Bush enjoyed a high of 79 percent approval. But as U.S. troops continued to suffer casualties, even after the president's declaration that major combat had ended, more Americans began to disapprove of Mr. Bush's handling of the war. There was a brief surge in support following Saddam's capture, but more Americans have disapproved than approved of the president's handing of the war since March 2004.

Mr. Bush has also been hurt by the recent reports of shoddy treatment of veterans at the Walter Reed Army Medical Center. Three in four Americans do not think the Bush administration has done enough to care for these wounded soldiers.

Searchers found the body believed to be that of John Pennington, 40, along with a motorcycle inside the canyon.