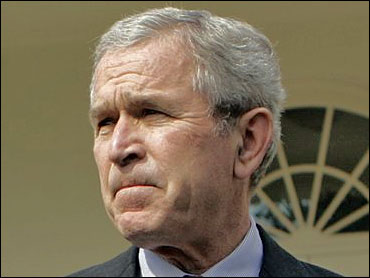 Rear Adm. Craig Quigley, a spokesman for Defense Secretary Donald Rumsfeld, said Tuesday that the Pentagon does not intend to release a detailed assessment of damage caused by last week's attacks, because such information could help Iraq prepare a defense against any future attacks.

Later, he said the Pentagon was pleased with the results, even if the bombs were not 100 percent effective. "It isn't perfect. It never is."

For reasons still unknown to the Pentagon, one of the so-called precision-guided weapons performed poorly. Of 20 radars attacked, the Pentagon can confirm only eight were damaged.

However, other precision-guided weapons fired at seven command and control bunkers all hit, disrupting Iraq's plans to tie its air defense network together with state of the art fiber optic cable.

The network is being installed by Chinese technicians in what U.S. officials say is a clear violation of United Nations sanctions against Iraq. U.S. officials have complained privately, but so far the Chinese government has just brushed those complaints aside.

U.N. sanctions forbid contracts that would help rebuild Iraq's military. U.N. officials, who told the Wall Street Journal they were unaware of the Chinese assistance, insisted there was no way that China could have won approval for such work.

"The only way they could do this would be covertly," one U.N. official told the Journal.

Gen. Mike Hayden, director of the National Security Agency — which monitors Iraqi radio and microwave transmissions that travel through the air — said in a recent interview for 60 Minutes II that Saddam's use of fiber optic cable makes it very difficult to monitor Iraqi communications.

"It's one thing when an adversary puts its commuications out there in the ether," he said. "(Cable is) in the ground. That really increases the challenge for an agency like ourselves."

"On a Friday (the) you have the lowest number of people present — both Iraqis and Chinese," the senior official said, speaking on condition of anonymity. "The goal wasn't to kill people, the goal was to bust up stuff."

The sensitivity of potential Chinese casualties is linked to the May 1999 U.S. bombing of the Chinese Embassy in Belgrade, Yugoslavia — an attack that the United States said was a mistake and which the Chinese government insisted was a deliberate assault.

That bombing killed three Chinese and injured more than a dozen. It poisoned U.S.-China relations for months.

The official said some portion of the fiber-optic network already was operating at the time of the bombing.

Despite the bombing, Iraqi air defenses fired surface-to-air missiles and anti-aircraft artillery at allied pilots on Saturday and Sunday, spokesman Marine Corps Lt. Col. Dave LaPan said. The allied planes were not hit and did not fire back, he said.

Iraq does not recognize the legitimacy of "no-fly" zones over the southern and northern portions of its territory.

Also Tuesday, Secretary of State Colin Powell said American efforts to contain Iraq over the past decade have been successful and should be continued until Iraq is in compliance with U.N. Security Council resolutions.

A number of Arab countries objected to the strikes, but Powell said the criticism was generally moderate.