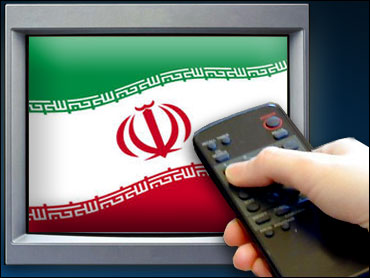 This column was written by Louis Wittig.

Imagine what a wolf in sheep's clothing would actually look like: a six-foot long, 170-pound killing machine prancing on the tips of its paws and choking out a guttural "baa" while the mottled-wool hide slips off its back. The image is a little more farcical than menacing.

On July 2, Iran — which powers past Libya, Syria, and Uzbekistan in Reporters Without Borders' 2006 ranking of most press-repressing governments — launched Press TV, its new fully-subsidized, 24-hour English-language news network, and achieved something of the same effect.

Anchors in Tehran read half-hourly updates on the doings of the "Zionist regime." The channel's Web site (which connects to live streaming video, the easiest way to watch) includes the scoop that the recent "so-called acts of terrorism" in London and Glasgow could have been British tricks to tarnish the image of Muslims.

With production values as sophisticated as its attempt at credibility — panel show guests slouch in their chairs and mumble into underpowered microphones as the ticker below crawls with headlines like "Afghan officials confirm that Germen (sic) abducted" — it's easy to snicker. And easy to be blindsided by the channel's combative claims to be as legitimate as CNN or the BBC.

Yvonne Ridley, host of Press TV panel show The Agenda, legitimizes her employer with the point that it "[gives] a different perspective to the coverage that you get from the mainstream media." Press TV's official mission statement refers to "break[ing] the media stranglehold of western outlets...[and showing] the other side of the story."

Twenty years ago this may have been all well and good. But the next question would be, Is Press TV impartial and objective? Clearly not, Press TV should be dismissed out of hand. Today — after a geometric expansion in news sources, and an interminable culture-war campaign over media bias — objectivity and impartiality are dead standards. Intelligent people no longer really believe in them.

Simultaneously, a host of countries have been launching government-funded, English-language satellite news channels. Al Jazeera International, France 24, Russia Today, and now Press TV are all jostling for the attention of global opinion-makers, all claiming legitimacy because they present a new perspective. Point out that these channels may be unfair in their reportage, and their defenders retort that CNN and Bloomberg and BBC are equally unfair; that their bias is merely a corrective for the other networks' bias.

Thus the quandary of distinguishing which of these channels are harmless BBC-clones and which are government mouthpieces. After all, if "perspective" is the only measure of legitimacy, what's objectively wrong with reporting Ayatollah Khameni's call for Islamic unity as the top story of the day? It is, technically, a statement by a world leader and, thus, from a certain perspective could be considered important.

Still, watch for longer than 15 minutes and a certain "Twilight Zone" ambiance is unshakable. Without any commercials, the channel has the uneasy emptiness of a Potemkin Village. The long spaces between updates are plugged with animations of classic Persian paintings. Two-dimensional ancients pop off gilded backgrounds and zig-zag around. It's seems PBS-ishly intelligent, and then quietly threatening when the camera pulls back and you see that the paintings are of Persians battling foreigners.

Without the foundation of media objectivity, all that can really be said of Press TV is that it's spooky. Being "just another perspective" shields the channel from any judgment of illegitimacy. Here it bears remembering that objectivity isn't the only standard for legitimate news. Thoroughness and topicality are also vital.

On a languorous Wednesday afternoon, Press TV runs an unremarkable report on collapsing Republican support for the Iraq war. Clips of a recent Bush speech are cut with comments from an anti-war activist and four mood-catching man-on-the-street interviews.

Oddly, this segment from Washington is much more comprehensive than any of the station's reporting from Iran. Iran-related nuggets — Iran wants to ease IAEA fears, Iran leaves door open to further U.S. talks on Iraq — crawl across the ticker. Anchors read statements from ayatollahs and generals, mostly on foreign policy. But there's next to no domestic coverage. No average Iranian citizen is ever bothered for their opinion. For a channel with a proclaimed Middle East focus, it's about as thorough as a high school student newspaper.

The same afternoon Press TV ran and re-ran a dispatch from New York on a 50-something Jewish woman who, for a few hours each week in Union Square, protests against Israel's treatment of Palestinians.

Allowing that a protest against Israel could potentially be notable, this one certainly wasn't. The woman's band of protestors counted less than 15 hardy dissidents. And they had been at it for over a decade: by the standards of a globe-spanning satellite news channel, it is an embarrassingly un-newsworthy story.

Setting aside boilerplate wire reports on mudslides in Mexico and forest fires in France, very little of what Press TV broadcasts could be considered actual news — from any perspective. And a news channel that doesn't report news is, well — propaganda? Geopolitical spin? Plaintive editorializing?

For now, the simplest answer to these questions is probably the best: Press TV broadcasts a guy in a collarless shirt telling the story the Iranian government wants us to hear. As the cost of starting a CNN knockoff continues to fall, more groups and governments that crave the sheen of influence such stations provide will start broadcasting. More precise definitions of legitimate and illegitimate news will follow.

Until then, it may help to remember that even when viewers take a news source at face value, the legitimacy of its perspective is dependent on the news it reports. If what it reports isn't actually news, all the perspective in the world doesn't matter.
By Louis Wittig