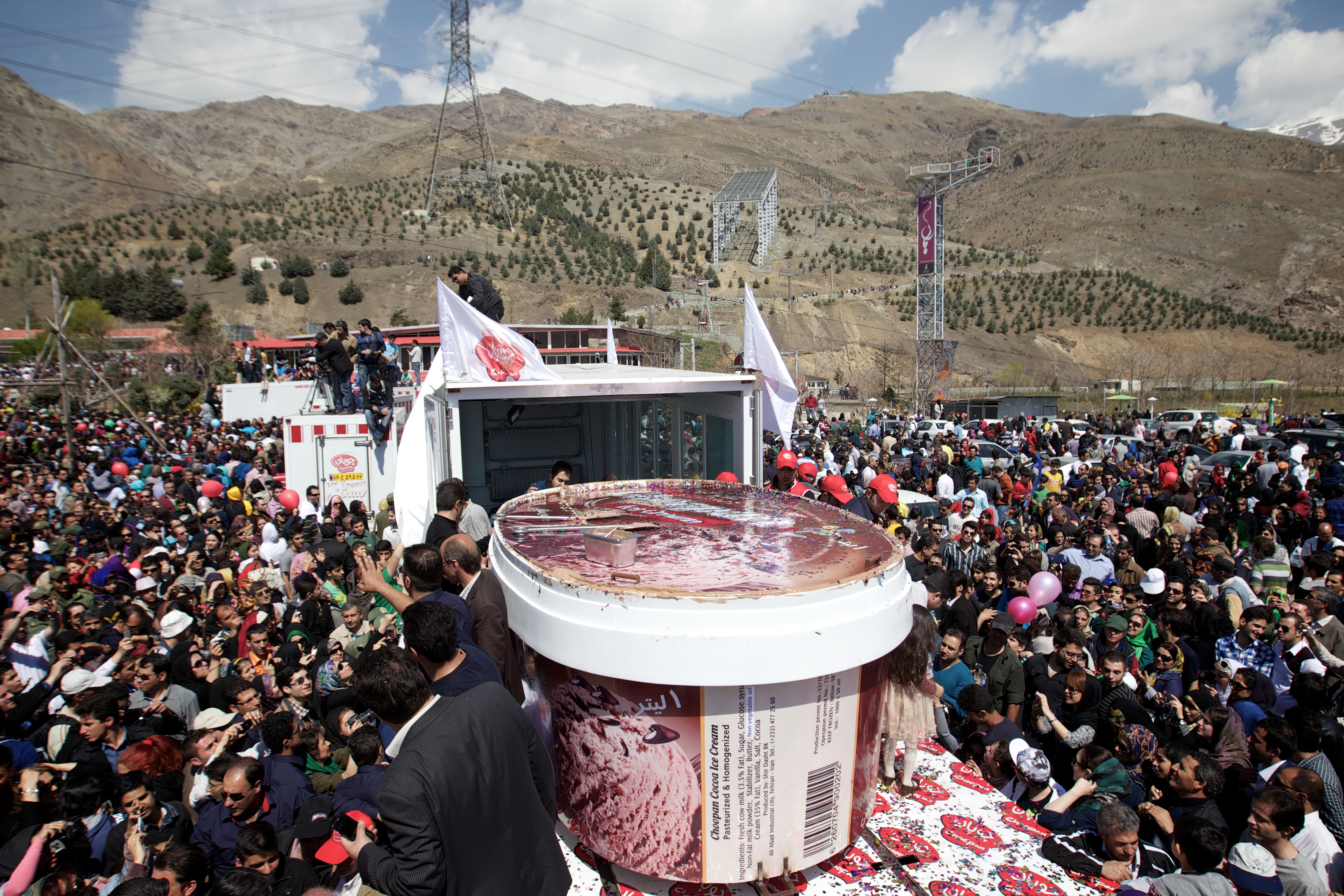 TEHRAN, Iran An Iranian confectioner has made five tons of ice cream in hopes of setting a new world record for the largest tub of the dessert.

The production drew hundreds of eager spectators to a ceremony north of the capital to taste the chocolate ice cream, which measured five feet by seven feet and which producers say cost over $30,000 to make.

A Guinness World Records representative visited the tub, he added.

Iranians eat an average 3.3. lb of ice cream per year. The current record belongs to U.S. producer Baskin-Robbins, which made an 8,865 lb tub in 2005.