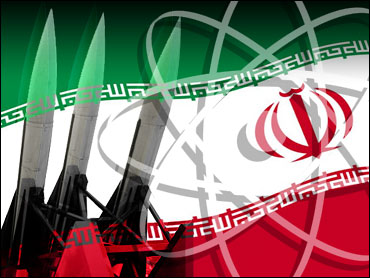 Iran is capable of firing 11,000 rockets into enemy bases within the first minute after any possible attack, state-run television quoted a top Revolutionary Guards Corps commander as saying Saturday.

Gen. Mahmoud Chaharbaghi, the missile commander of the Guards, said Iran has identified all enemy positions and was prepared to respond in less than a minute to any possible attack.

"Enemy bases and positions have been identified. ... The Guards ground force will fire 11,000 rockets into identified enemy positions within the first minute of any aggression against the Iranian territory," the television quoted Chaharbaghi as saying.

Chaharbaghi did not specifically identify the bases or the enemy and did not refer to arch foes Israel or the United States by name. But the U.S. has 40,000 troops on various U.S. bases in other Persian Gulf countries and 20,000 in Mideast waters. Another 160,000 U.S. troops are in neighboring Iraq and about 25,000 are in another one of Iran's neighbors, Afghanistan.

Iran's semiofficial Fars news agency also quoted Chaharbaghi as saying that Iran's radar-avoiding rockets cover the entire Persian Gulf and the entire Iran-Iraq border. Both on state-run TV and in Fars, he only used the word rocket, not missile. A rocket is normally an unguided weapon whereas missiles usually have guidance systems.

Chaharbaghi was quoted by Fars as saying that rockets with a range of 155 miles will be delivered to the Guards ground force soon. He didn't elaborate.

Iran has periodically raised alarms over the possibility of war, particularly when the West brings up talk of sanctions over Tehran's rejection of a U.N. Security Council demand that it halt uranium enrichment.

Tensions are high between Washington and Tehran over U.S. accusations that Iran is secretly trying to develop nuclear weapons and helping Shiite militias in Iraq that target U.S. troops. Iran denies the claims.

Washington has said it is addressing the Iran situation diplomatically, rather than militarily, but U.S. officials also say that all options are open.

Last month, a top Iranian air force general said Iran has drawn up contingency plans to bomb Israel should the Jewish state attack Iran. He made the comments days after French Foreign Minister Bernard Kouchner said that the international community should prepare for the possibility of war in the event Iran obtains atomic weapons, although he later stressed the focus is still on diplomatic pressures.

Iran on Thursday denounced a warning by U.S. President George W. Bush that the Iran's nuclear activities could lead to World War III, saying the statement was warlike rhetoric geared at diverting U.S. attention from White House failures in Iraq.

The White House said Bush was simply making "a rhetorical point" when he suggested that if Iran could make nuclear weapons, it could lead to World War III.

"Today, the United States is within Iran's sight and all around our country, but it doesn't mean we have been encircled. They are encircled themselves and are within our range," Gen. Mohammed Hasan Kousehchi told IRNA in September.

Last month, Iran showed off its military might during a parade that included torpedoes, surveillance drones and what Iran called its new domestically manufactured warplanes.

Iran also has upgraded its Shahab-3 missile to range of about 1,250 miles, capable of reaching Israel and carrying a nuclear warhead.

But last month, Adm. William Fallon, the top U.S. military commander in the Middle East, said he believes Iran is not as strong as it portrays itself. "Not militarily, economically or politically," he said.