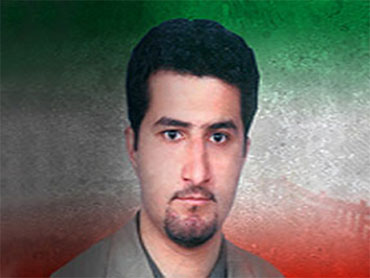 Iranian state television showed a video Monday of a man it identified as a missing nuclear scientist, who said he had been abducted and taken to the United States.

The scientist, Shahram Amiri, disappeared while on a pilgrimage to Saudi Arabia in June 2009. U.S. media reports in March said he defected to the U.S. and is assisting the CIA in efforts to undermine Iran's nuclear program. Iran has repeatedly said Amiri was abducted by the U.S.

The U.S. State Department did not immediately respond to a request for comment Monday.

The man in the video was wearing headphones and appeared to be speaking through a webcam on the Internet. The television showed the video next to a photograph of Amiri and the man bore a close resemblance. He said the video was recorded on April 5 in Tucson, Arizona.

"When I became conscious, I found myself in a plane on the way to the U.S.," he said. "Since I was abducted and brought to the U.S., I was heavily tortured and pressured by U.S. intelligence," he said.

He claimed that during his stay in the U.S. he was forced to say he defected and forced to say he brought important evidence with him, including a laptop with classified material on Iran's nuclear program. He said he was being used to put pressure on Iran.

Iran has hinted in the past that it wants to swap three Americans it holds for a number Iranians being held by the United States - including Amiri and several other who have been tried and convicted for violations of American sanctions on Iran.

Iran is facing more sanctions over its refusal to curtail its nuclear program, which the West suspects is aimed at producing nuclear weapons. Iran maintains that its nuclear research is for peaceful purposes.

Before he disappeared, Amiri worked at Tehran's Malek Ashtar University, an institution closely connected to the country's powerful Revolutionary Guard.