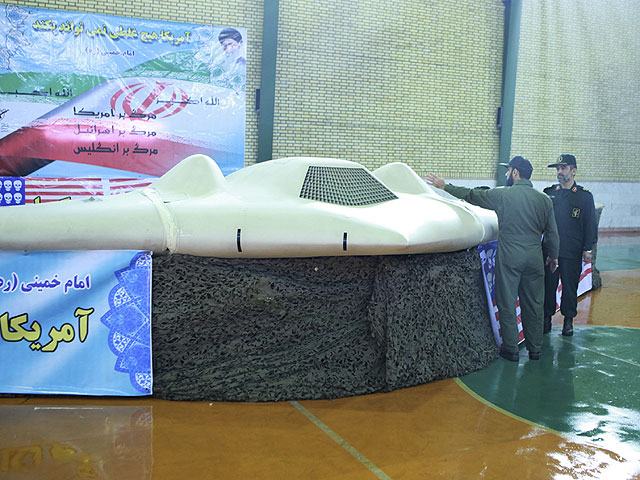 TEHRAN, Iran - Iran will hunt down more American spy drones if the U.S. continues to violate its air space, a senior Iranian military official warned Friday, the latest in triumphant rhetoric from Tehran over the capture of the unmanned aircraft two weeks ago.

"If U.S. spy planes continue their aggression, we won't be idle," Shamkhani was quoted as saying by the official IRNA news agency. "We will continue to hunt down their spy planes,"

The comments were in response to U.S. Defense Secretary Leon Panetta who said Wednesday during a visit to Afghanistan — from where the drone flew out — that the United States will continue to conduct intelligence operations such as the one that led to the loss of its RQ-170 Sentinel over Iran.

Iran has displayed the pilotless U.S. aircraft it captured over the country's east as a feat of its military in a complicated battle of technology and intelligence with America, and has rejected a formal U.S. request to return the drone, calling its incursion an "invasion" and a "hostile act."

"The Islamic Republic of Iran's capture of this spy drone shows the high capabilities of our armed forces," he said.

American officials have said that U.S. intelligence assessments indicate that Iran neither shot the drone down, nor used electronic or cybertechnology to force it from the sky. They contend the drone malfunctioned.

On Thursday, Tehran demanded that Afghanistan stop allowing the U.S. to use bases in the country to launch drone flights over Iran. Iran has said the drone was detected over the eastern town of Kashmar, some 140 miles (225 kilometers) from the Afghan border. Iranian state TV broadcast video last week of Iranian military officials inspecting the Sentinel.

American author and terrorism expert, Rachel Ehrenfeld, argues that the U.S. needs to keep spying on Iran but lamented the capture of the almost intact drone by the Iranians.

"I surely hope the U.S. is using all kind of techniques to spy on Iran. It's our enemy," she wrote in an email to The Associated Press in Tehran. "The shock is that President (Barack Obama) did not order the immediate destruction of the drone, instead he gave away one of the U.S. most advanced spying technologies."