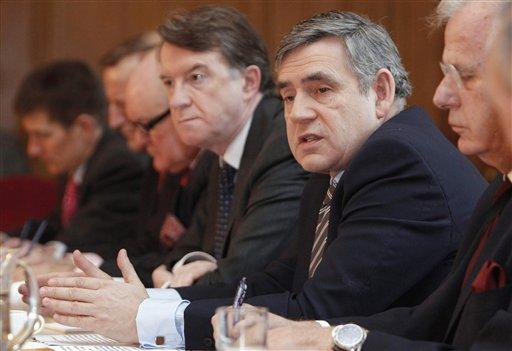 Iran on Wednesday test-fired a new version of its ballistic Shahab-3 missile, which was already capable of reaching U.S. forces in the Middle East and has since been upgraded in response to Israeli missile development.

The Shahab-3, which Iran last successfully tested in 2002 before providing it to the elite Revolutionary Guards, is the country's longest-range ballistic missile, with a range of about 810 miles.

It has since been modified to improve its range and accuracy. Defense Minister Ali Shamkhani said last week that the modifications were in response to efforts by Israel to improve its own missiles.

No details on the changes, including the new range, were provided.

"The Defense Ministry conducted the field test today to assess the latest modifications as a result of research carried out on Shahab-3," the radio said without elaborating if the test was successful.

The Iranian missile, whose name "Shahab" means shooting star in Farsi, can reach Israel and several other countries in the region, fanning fears in the Jewish state that Tehran may strike it.

Israel has jointly developed with the United States the Arrow anti-ballistic missile system in response to Shahab-3's threat.

Developed jointly by Israel Aircraft Industries and Chicago-based Boeing Co. at a cost of more than $1 billion, the Arrow is one of the few systems capable of intercepting and destroying missiles at high altitudes. Its development followed the 1991 Gulf War, when Iraq fired 39 Scud missiles at Israel.

"If Israel is mad enough to attack Iran's national interests, we will come down on them like a hammer and will crush their bones," IRNA quoted Safavi as saying. It was unclear what prompted Safavi to make his remarks.

Defense Ministry spokesman Mohammad Reza Imani told The Associated Press on Wednesday that more details on the modified Shahab-3 will be released in the coming days after the test's results are studied.

Iran had been unsuccessfully testing the missile since 1988 before its success in 2002.

The missile's latest test comes at a time when the United States is accusing Iran of working to build nuclear weapons. Tehran denies the claims, saying its nuclear program is to produce electricity.

U.S. intelligence officials have previously said that Iran can probably fire several Shahab-3's in an emergency, but that it has not yet developed a completely reliable missile.

Iran launched an arms development program during its 1980-88 war with Iraq to compensate for a U.S. weapons embargo. Since 1992, Iran has produced its own tanks, armored personnel carriers, missiles and a fighter plane.