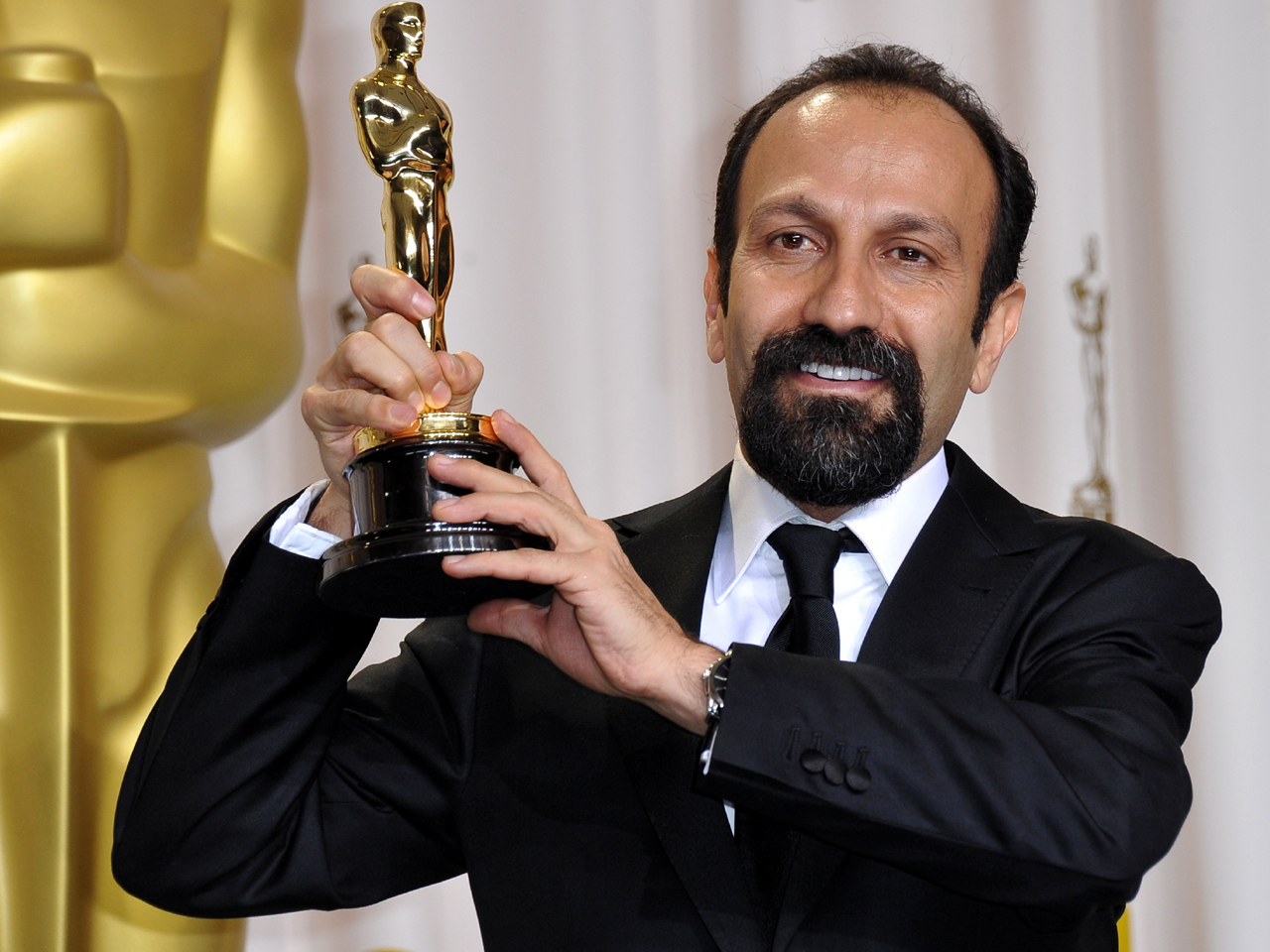 The official reaction to the victory of "A Separation" in Sunday's Academy Awards ceremony was cast mostly in nationalist terms amid a mounting showdown between Israel and its Western allies over Tehran's nuclear program.

The Israeli film "Footnote" was in the competition against director Asghar Farhadi's movie, which explores troubles in Iranian society through the story of a marriage breaking apart.

But Farhadi, in his acceptance speech in Los Angeles, said he hoped the Oscar would raise awareness of Iran's artistic achievements and rich culture that has been "hidden under the heavy dust of politics."

Iranian cinema has reaped praise and prizes at international festivals such as Venice and Cannes for decades — as part of an artistic tradition among Iranians that includes poetry, music and artwork that now command some of the highest prices in galleries in Dubai and elsewhere.

The government, while it highlights sporting achievements and technological leaps as a source of national pride, has often been dismissive of international cultural and entertainment awards.

Clampdowns by hard-liners in recent years — particularly since the unrest after the disputed 2009 presidential elections — have included artists and others, forcing some to flee the country or work underground. In January, a well-known independent film group in Tehran was ordered closed.

Many Iranian conservatives were upset with the themes of "A Separation:" domestic turmoil, gender inequality and the desire by many Iranians to leave the country.

But Iranian state media used the Oscar-winning film to trumpet a success over Israel. The state TV broadcast said the award succeeded in "leaving behind" a film from the "Zionist regime," the phrase often used in Iran to describe Israel.

Israel has not ruled out military strikes against Iranian nuclear facilities, which the West fears could be used to develop weapons. Tehran says its nuclear program is for peaceful purposes like energy production and cancer treatment.

Javad Shamaghdari, head of Iran's Cinematic Agency, portrayed the Oscar decision as the "beginning of the collapse" of Israeli influence that "beats the drum of war" in the U.S.

It was the first Iranian film to win the award. The only other Iranian movie nominated was 1997's "Children of Heaven," which was defeated by the Italian movie "Life Is Beautiful."

"A Separation" tells the story of a couple heading for divorce and dealing with domestic troubles, including a young child and an aging parent. It portrays a husband who is protective of his father who is suffering from Alzheimer's. He is in conflict with his wife, who wishes to emigrate. Their daughter is torn between them.

Iranian TV did not broadcast the Academy Awards live, but many Iranians watched through satellite dishes, which are illegal but widely used. State TV later aired clips of Farhadi's acceptance speech.

Iranian artists and the public were delighted by the win.

Tahmineh Milani, director of the acclaimed 2005 film "Unwanted Woman," said the Oscar was a source of "national pride." She said the award "revived hope in the hearts of all Iranians" regardless of their professions.

Nima Behdadi Mehr, a cinema columnist in pro-reform Mardomsalari daily, believed the award "would help Iranian cinema to come out of its isolation." He hoped President Mahmoud Ahmadinejad would grant Farhadi a "special prize" to draw further attention to Iran's film industry.

"I feel fresh air in my lungs. I watched the ceremony through satellite TV channels with four of my friends," said Erfan Khazaei, an art student in Azad University, as he watched the ceremonies that finished well after midnight in Iran. "Now we are more hopeful about the future."

But ultra-conservatives denigrated the film as a slap at the country.

Ebrahim Fayyaz, a prominent hardline sociologist, told the Nasim news website that "A Separation" is one of the worst Iranian films.

He said it was a "black realistic film" that portrays the country as an old man, as a symbol of tradition and the past, afflicted with Alzheimer's. He said the movie suggests emigrating to the West as a solution.

"The West awards movies that are in the direction of their policies," he said.

Last month, Farhadi proposed that Iranian authorities allow a vote among artists about the fate of the House of Cinema, an independent film group that operated for 20 years before it was ordered closed by authorities in January.

Officials said it lacked the proper permits. Artists and others claimed it was a political decision because the group often took liberal stands contrary to government's cultural policies.

Iranian cinema has for years been one of the nation's main cultural exports, notably films of Abbas Kiarostami, Majid Majidi and Jafar Panahi. Panahi in 2011 was sentenced to a six-year house arrest and a 20-year ban on filmmaking after being convicted of "making propaganda" against Iran's ruling system.

In 2007, the Cannes jury prize went to the animated film "Persepolis," an adaptation of Iranian director Marjane Satrapi's graphic novels about growing up during the 1979 Islamic Revolution.