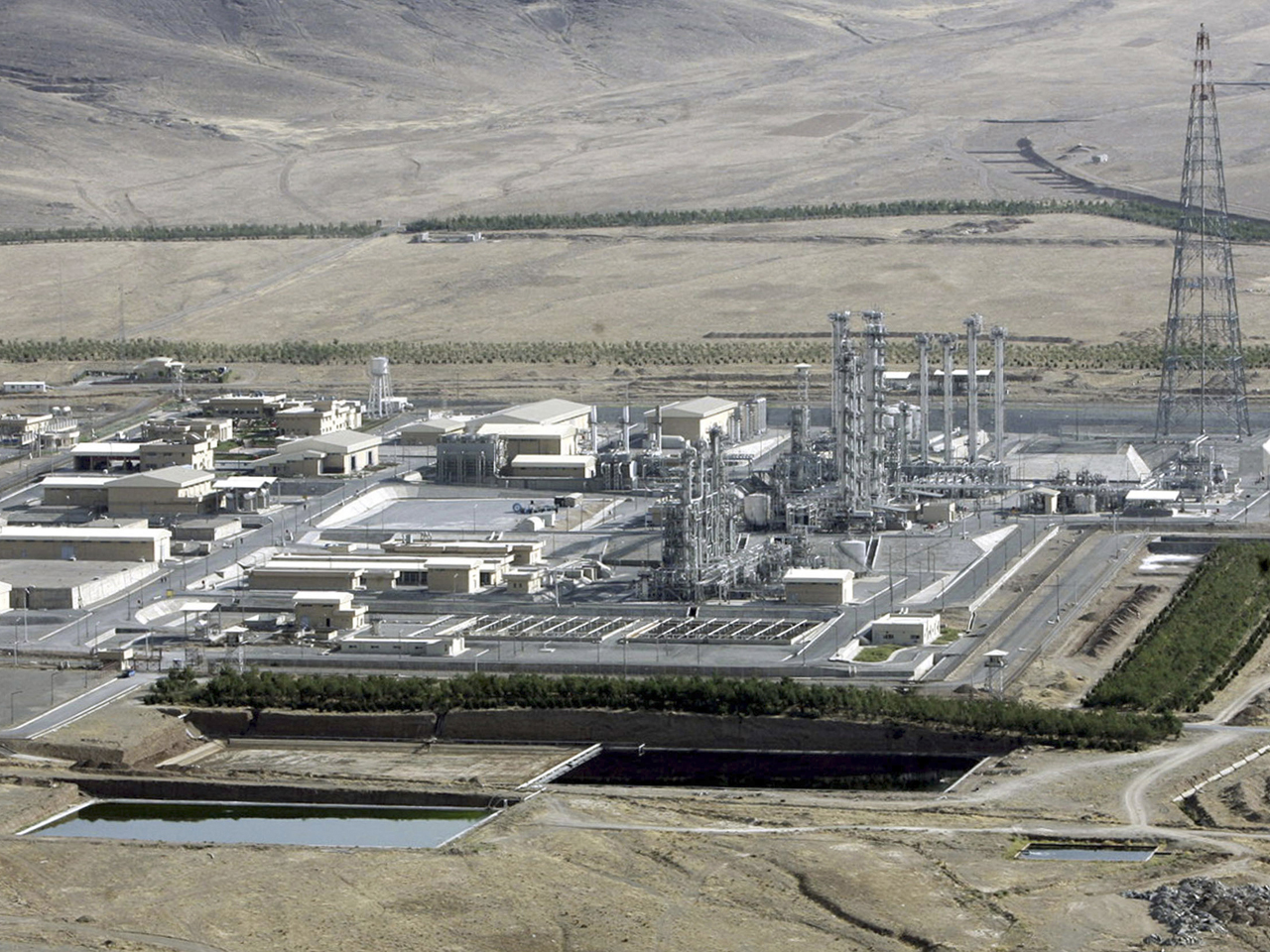 TEHRAN -- Iran halted its most sensitive uranium enrichment work on Monday as part of a landmark deal struck with world powers, easing concerns over the country's nuclear program and clearing the way for a partial lifting of sanctions, Tehran and the U.N. said.

An Iranian state TV broadcast said authorities halted enrichment of uranium to 20 percent, just steps away from bomb-making materials, by disconnecting the cascades of centrifuges enriching uranium in Natanz.

"Production of 20 percent enriched uranium has been halted by cutting the links feeding cascades in this facility," it said. A report by the International Atomic Energy Agency, the U.N. nuclear agency, confirmed that the centrifuges were disconnected.

The broadcast said international inspectors were present Monday when Iran began implementing its obligations under the historic deal reached in Geneva Nov. 24. They left to monitor the suspension at Fordo, another uranium enrichment site in central Iran.

The United States will begin easing economic sanctions on Iran as a result of latter country’s halting of its nuclear work.

The White House, which has vowed to prevent Iran from developing nuclear weapons, hailed Iran's actions as "an important step forward."

"These actions represent the first time in nearly a decade that Iran has verifiably enacted measures to halt progress on its nuclear program, and roll it back in key respects," White House press secretary Jay Carney said in a statement. "Iran has also begun to provide the IAEA with increased transparency into the Iranian nuclear program, through more frequent and intrusive inspections and the expanded provision of information to the IAEA. Taken together, these concrete actions represent an important step forward."

The European Union announced earlier Monday that it, too, was suspending some of the sanctions it has imposed on Iran.

At the same time, Carney said the group will continue its aggressive enforcement of sanctions that will remain in effect during the next six months, the period that Iran and the world powers will use to negotiate a final deal.

Senior White House officials have put the total sanctions relief figure at some $7 billion of an estimated $100 billion in Iranian assets in foreign banks. Iran is to receive the first $550 million installment of $4.2 billion of its assets blocked overseas on Feb. 1.

In Brussels, foreign ministers from the 28 European Union members, gathered for one of their periodic consultations, were poised to suspend some sanctions for six months if U.N. inspectors report that Iran's uranium enrichment efforts have halted.

The ministers will hear a report from EU foreign policy chief Catherine Ashton, who chaired the Geneva negotiations that led to the agreement with Tehran. Miroslav Lajcak, the Slovak foreign minister, told reporters as the meeting opened, "We are moving in a good direction. That means we are ready to lift sanctions."

Ashton said Monday she hopes a new round of negotiations with Iran on a definitive settlement to the decade-old nuclear standoff could start within a few weeks.

In addition to the enrichment measures, the six-month interim deal also commits Iran to opening its nuclear program to greater U.N. inspections and providing more details on its nuclear activities and facilities. Iran will also refrain from commissioning its under-construction 40 megawatt heavy water reactor in Arak, central Iran.

In return, it receives a halt to new sanctions and easing of existing sanctions. Measures targeting petrochemical products, gold and other precious metals, the auto industry, passenger plane parts and services will be lifted immediately.

The Geneva deal allows Iran to continue exporting crude oil in its current level, which is reported to be about 1 million barrels a day.

Last year's election of a relative moderate, Hassan Rouhani, as Iranian president led to a thaw in ties with the West after years of confrontation and hostile rhetoric.

Iran's hard-liners have called the deal a "poisoned chalice", highlighting the difficult task President Hasan Rouhani faces in selling the accord to skeptics.

Hard-line media denounced the planned halt. The Vatan-e-Emrooz daily printed in black Monday instead of its usual colors, a sign of sorrow and mourning. It declared the deal a "nuclear holocaust" and called it a gift to Israel's Prime Minister Benyamin Netanyahu.

"Today, Netanyahu is the happiest person in the world," it said. However, the Israeli prime minister has made the opposite argument as the hard-liners: He called the deal a "historic mistake," saying it gives Iran too much for too few concessions.

Israel's allies in the U.S. Congress have threatened to impose new sanctions on Iran, even though President  Obama has urged them to give diplomacy a chance.

The interim Geneva accord will last for six months as Iran and the world powers negotiate a final deal. Foreign Minister Mohammad Javad Zarif told reporters Saturday that Tehran is ready to enter talks for a permanent accord as soon as the interim deal goes into force.

Washington has made clear its view that it is premature for industry to start doing business with Iran again, as most of the sanctions remain in place for now.

The U.S and some of its allies fear that Iran may finally be able to build an atomic weapon. Iran has denied the charges, saying its nuclear program is for peaceful purposes such as electricity and producing medical isotopes to treat cancer patients.