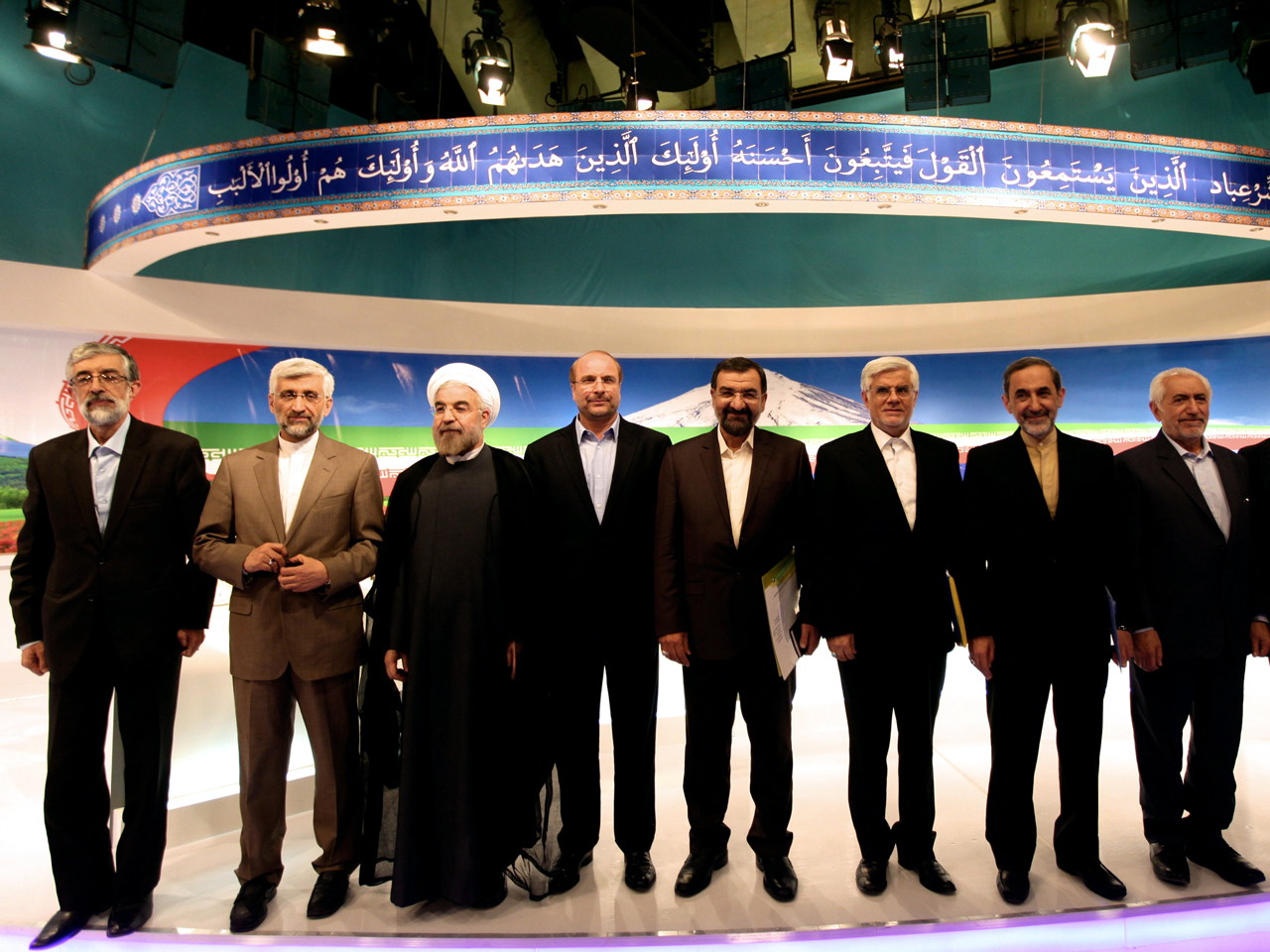 The satirical critic Dorothy Parker once wrote, witheringly, of Katharine Hepburn that her performance, "ran the gamut of emotions, from A to B."

Similarly, the Iranian presidential candidates' performance in last week's televised debate ran the gamut of political positions, from A to B; all seven were pro-regime conservatives.

Any candidate with even moderately reformist views was barred from running by Iran's religious leadership.

People inside and outside of Iran who hope for change, stability and human rights in the Islamic Republic are depressed by the current line-up of candidates -- six remain in the race -- all of whom are commonly dismissed as authoritarian regime lackeys.

But the election could deliver some surprises.

In the TV debate broadcast last Friday the candidates, for the most part, stayed tediously on-message.

But there was one startling exchange between Iran's former Foreign Minister Ali Ackbar Velayati and the nation's current nuclear negotiator, Sayeed Jalili.

"You want to take three steps and you expect the other side to take 100 steps", said Valayati, referring to the last several rounds of negotiations with the West over Iran's contentious nuclear program.

The international talks, led on the Iranian side by Mr. Jalili, have consistently ended in stalemate and more international economic sanctions against Iran that have crippled the country's economy.

"This is not diplomacy," said Mr. Velayati. "We can't expect everything and give nothing."

The brief exchange sparked by Velayati's accusation offered a rare glimpse of a split in Iran's powerful elite over the most sensitive aspect of the country's foreign policy.

It suggested that if Velayati were to win the election, he might push for Iran to make actual concessions on its nuclear program so sanctions could be lifted and the once-thriving business links between Iran and the West could be revived.

Of course, even that theoretical scenario would still be a long way from widespread political reform, let alone normalizing relations with the United States.

It's important to note that Velayati, or any other man who becomes Iran's next president, will have limited ability to change Iran's course on the world stage.

Asked Wednesday whether Velayati might be able to shift Iran's foreign policy, London-based Iranian blogger Potkin Azarmehr, a vocal critic of the Islamic cleric-led government, was dismissive. "It's the Ayatollah," he said bluntly.

Ayatollah Ali Khamenei, the Islamic Republic's Supreme Leader, has the final say in Iran on all matters, foreign and domestic, and he's made it clear on numerous occasions that Iran will not back down on its nuclear program.

Still, there are some indications that Velayati might have a little sway with the Ayatollah, and if he were to win, it could be a start. An expansion of the political range in Iran, you might say, from A... to C.