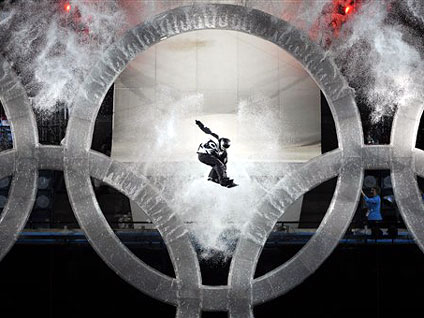 Iran declared three days of mourning Sunday for the victims of a powerful earthquake that killed at least 36 people, and aftershocks rumbled through northern Iran, frightening people and driving many to sleep outdoors.

Tehran television reported Sunday that 32 people had been killed in Mazandaran province, and earlier reports said four were killed in Qazvin.

In Marzanabad, a town violently shaken by Friday's magnitude-6.2 quake in northern and central Iran, scared residents ran out of homes all night Saturday as several aftershocks shook homes.

A powerful aftershock also was felt in the neighboring town of Kelardasht early Sunday, frightening residents.

Hundreds of people in surrounding villages and towns slept outdoors in parks and yards.

"I don't want to die. That's why I slept in a park with my family last night," said Gholamreza Kouhestan, a resident of Marzanabad, 45 miles north of Tehran.

Most of the dead were in cars on the Tehran-Chalous road, connecting the capital to northern resorts and towns on the Caspian sea.

The earthquake triggered landslides, sending giant boulders rolling down the mountains and smashing cars and people on the busy road.

Large cracks riddled the road, which was littered with rocks, giant boulders and smashed cars the morning after the quake, which struck in the late afternoon.

President Mohammad Khatami expressed condolences for the dead, including Masoud Emami, the governor of Qazvin province, who died with three of his aides, a television reporter and three crew members when their helicopter crashed in mountains just north of Qazvin as the team was returning from one quake site.

Friday's quake was felt in eight provinces in central and northern Iran, damaging more than 80 villages but not causing the devastation of past quakes in a country sitting along a major fault line.

Officials at the governor's office in Chalous, about 55 miles north of the capital, said at least 400 homes were damaged by the quake. Damage was estimated at more than 140 billion rials $18.1 million, the officials said. The quake also killed hundreds of livestock.

Iran is frequently hit by earthquakes, often with devastating results because much of the housing is poorly constructed. A magnitude-6.6 quake in December flattened the historic southeastern city of Bam, killing 26,000 people. In 1990, 40,000 people died in a quake.