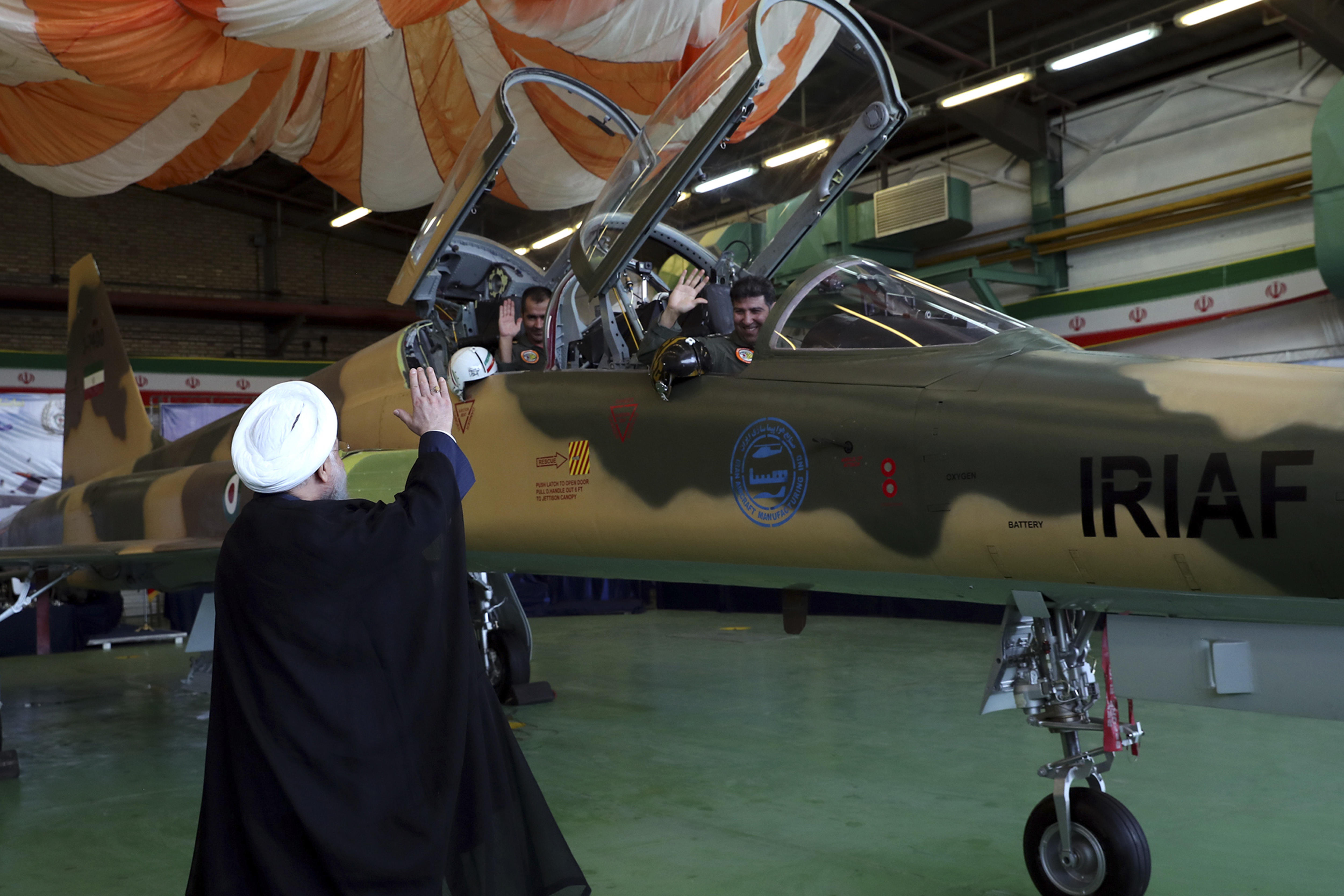 State television showed President Hassan Rouhani briefly sitting in the plane's cockpit inside a hangar just before the inauguration ceremony.

The aircraft is dubbed Kowsar, which in Islamic meaning refers to a river in paradise and is also the title of a chapter in the Muslim holy book, the Quran.

At the ceremony, Rouhani said Iran's defense program is aimed at deterrence vis-a-vis the United States.

"The enemy should see how expensive an invasion of Iran would be," he said. "Why does not the U.S wage a military attack on us? Because of our power."

The U.S. renewed its sanctions on Iran earlier this month after President Donald Trump in May pulled America out of the nuclear deal between Iran and world powers.

The report said Iran will also manufacture a single-seat version of the fighter jet. It said the aircraft is capable of flying at an altitude of 45,000 feet and with the speed of Mach 1.2. Mach 1 would be equal to the speed of sound

The TV also broadcast footage it said showed the jet in flight.

British pound slides to all-time low against the dollar