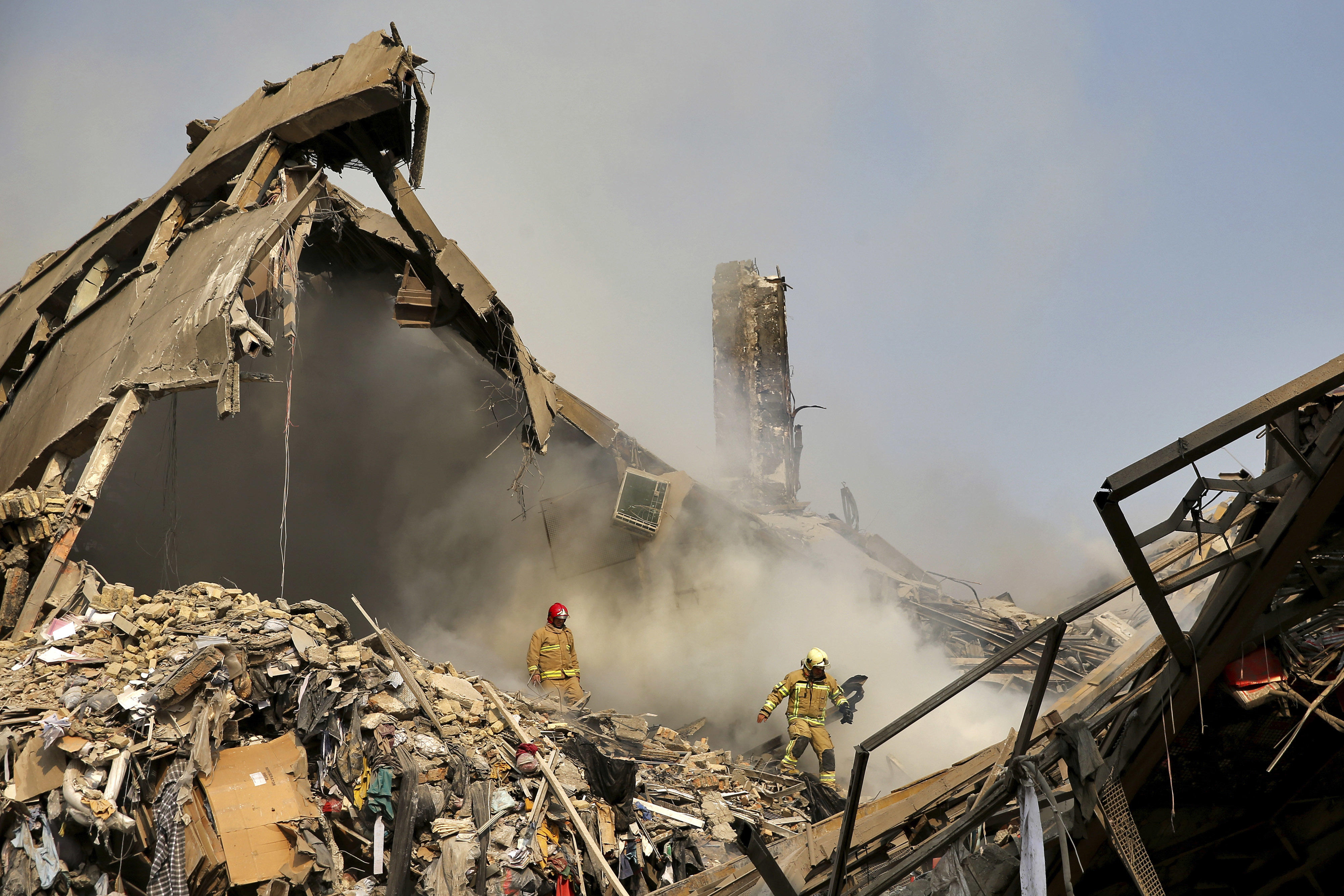 The disaster struck the Plasco building, an iconic structure in central Tehran just north of the Iranian capital’s sprawling bazaar. Firefighters, soldiers and other emergency responders dug through the rubble, looking for survivors.

Iranian authorities did not immediately release definitive casualty figures, which is common in unfolding disasters.

Iran’s state-run Press TV announced the firefighters’ deaths, without giving a source for the information. Local Iranian state television said 30 civilians were injured in the disaster, while the state-run IRNA news agency said 45 firefighters had been injured.

Firefighters battled the blaze for several hours before the collapse as police kept out shopkeepers and others wanting to rush back in to collect their valuables.

The fire appeared to be the most intense in the building’s upper floors, home to garment workshops where tailors cook for themselves and use old kerosene heaters for warmth in winter.

Tehran’s mayor, Mohammad Bagher Ghalibaf, said there were “no ordinary civilians” trapped under the rubble. However, witnesses said some people had slipped through the police cordon and gone back into the building.

The building came down in a matter of seconds, shown live on state television, which had begun an interview with a journalist at the scene. A side of the building came down first, tumbling perilously close to a firefighter perched on a ladder and spraying water on the blaze.

A thick plume of brown smoke rose over the site. Onlookers wailed in grief.

Jalal Maleki, a fire department spokesman, earlier told Iranian state television that 10 firehouses responded to the blaze, which was first reported around 8 a.m.

The Plasco building was an iconic presence on the Tehran skyline.

The 17-story tower was built in the early 1960s by Iranian Jewish businessman Habib Elghanian and named after his plastics manufacturing company. It was the tallest building in the city at the time of its construction.

Elghanian was tried on charges that included espionage and executed in the months after the 1979 Islamic Revolution that brought the current ruling system to power - a move that prompted many members of the country’s longstanding Jewish community to flee.

The tower is attached to a multistory shopping mall featuring a sky-lit atrium and a series of turquoise-colored fountains.