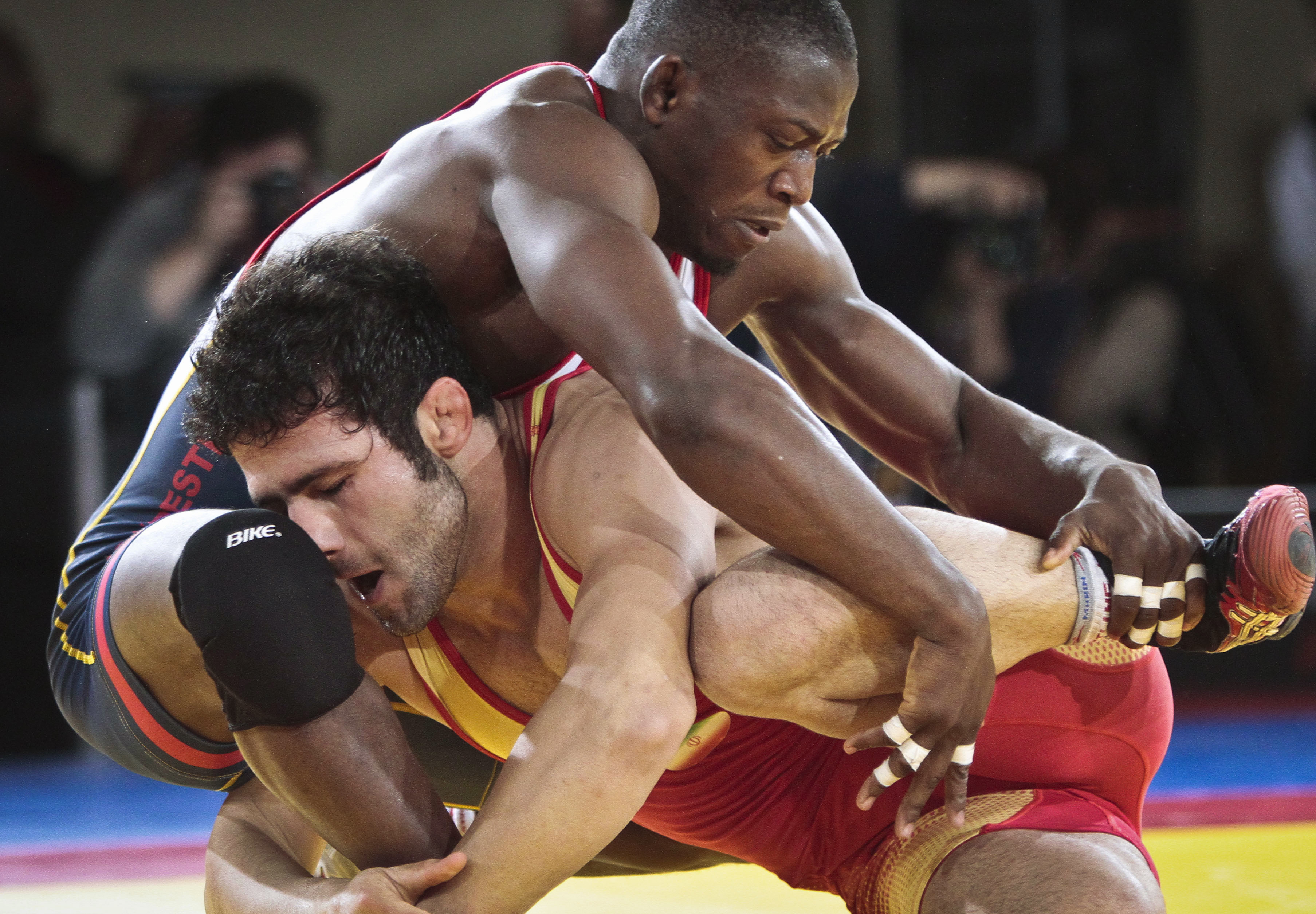 NEW YORK Iran's wrestling team visited the United States for the first time in a decade and found a virtual home meet.

The fans waving Iranian flags and stomping on the temporary bleachers were treated to a show of dominance by the wrestling power Wednesday in the exhibition at Grand Central Terminal. Iran beat the Americans 6-1.

"It's typical Iranian. Wherever we go, they do the same thing," two-time world champion Mehdi Taghavi Kermani said through a translator after winning his match at 145-and-a-half pounds.

The fans' chanting and horn-blowing echoed off the intricate patterns on the ceiling high above and through the curtains separating Vanderbilt Hall from the commuters rushing home to the suburbs. The event dubbed "The Rumble on the Rails" marked the fourth straight year a New York City landmark was transformed into a wrestling meet to raise money for charity, with the last two in Times Square.

But this one took on added significance beyond supporting wrestling nonprofit Beat the Streets. In February, the International Olympic Committee recommended that the sport be dropped starting with the 2020 Games.

So there were the United States, Iran and Russia all together Wednesday, hoping the IOC takes to heart the symbolism of the three nations peacefully sharing a wrestling mat. The Americans swept five freestyle matches from the Russians later in the day.

Iran also will face the U.S. in Los Angeles on Sunday.

Wrestling is now one of eight sports seeking to fill one spot in the 2020 Olympics. The IOC board will meet May 29 in Russia to recommend a short list, with the final decision in September.

"This is what we're trying to do right now," said 22-year-old Kyle Dake, who could be an American star of the 2020 Olympics. "This is how we're going to save Olympic wrestling."

The youngster was the lone bright spot for the U.S. against Iran. At 163 pounds, he beat veteran Hassan Tahmasebi, who's almost 10 years older, in his first major senior-level international match.

In March, Dake became the first wrestler to win NCAA titles in four weight classes. College wrestling uses folkstyle, and Dake hadn't competed in freestyle in more than a year before Wednesday. Both his periods were scoreless and went to a leg clinch, and he won the first despite losing the ball draw.

"It was really loud in there. Feels like we were in Tehran," he joked. "What's going on? Where's our USA folks?"

They got going chanting "U-S-A U-S-A!!" during the Americans' second meet of the day. Some of the top U.S. wrestlers, including Olympic champ Jordan Burroughs, took the mat against Russia, which did not send its best lineup. Burroughs remained undefeated, though he needed three periods to beat Saba Khubetzhty at 163 pounds and cracked a molar in a headlock.

"I had a filling in this tooth, and it's somewhere out there on the mat," he said with a laugh.