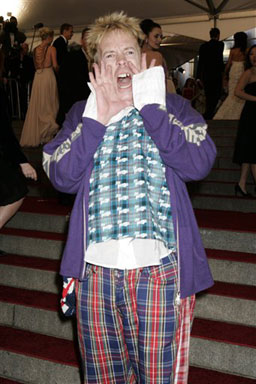 The IRA said all of its clandestine units have been ordered to place their weapons in arms dumps and cease all activities, effective at 4 p.m. (11 a.m. EDT), but would not formally disband.

"The leadership has formally ordered an end to the armed campaign," the IRA said in a major advance from its opened-ended truce in place since 1997.

"All volunteers have been instructed to assist the development of purely political and democratic programs through exclusively peaceful means. Volunteers must not engage in any other activities whatsoever," the IRA command said in remarks addressed to the group's approximately 500 to 1,000 members.

The IRA statement said John de Chastelain, a retired Canadian general who since 1997 has been trying to persuade the IRA and other illegal groups to disarm, would be invited to decommission more hidden weapons bunkers soon. It said a Catholic priest and Protestant minister would be invited to witness the scrapping of weapons.

The IRA also appealed to Britain and Northern Ireland's Protestant majority to accept its new position as sufficient to renew negotiations on power-sharing, the core goal of the 1998 peace accord for this British territory.

Protestant leaders, deeply suspicious of IRA motives, warned in advance they would wait several months to test whether the IRA's words proved true. They noted that the IRA was supposed to have disarmed fully by mid-2000 as part of the Good Friday accord, but didn't start the process amid total secrecy in late 2001 and stopped in 2003.

Aileen Smythe of the CBS News Political Unit reports that following the announcement to disarm, Sinn Fein deputy leader Martin McGuinness was on Capitol Hill, highlighting America's contribution and support in the island's struggle towards a true peace.

He remarked that former President Clinton, who was very involved in the 1998 Good Friday accord, telephoned him last night to lend his support and words of wisdom.

"He was very excited and enthused," said McGuinness.

Security experts say the IRA retains much of its arsenal hidden in underground bunkers in the neighboring Republic of Ireland. The IRA received more than 130 tons of armaments from Libya in the mid-1980s, and police say the group continues to smuggle modern weaponry into the country.

All sides say they remain committed to resurrecting a joint Catholic-Protestant administration that would replace Britain as the primary government authority in this long-unstable corner of the United Kingdom. But Protestants insist they won't work again with Sinn Fein, the IRA-linked party, until the IRA disappears as a threat to Northern Ireland stability.

A four-party coalition led by Protestant and Catholic moderates gained power in 1999, but it fell apart in 2002 amid chronic arguments about IRA activities and arms.

Resurrecting power-sharing became more difficult in 2003 once voters — polarized by the diplomatic deadlock — shifted support to the opposite extremes of opinion: Gerry Adams' Sinn Fein on the Irish Catholic side, and Ian Paisley's Democratic Unionists on the British Protestant side.

A potential power-sharing pact between this unlikely couple fell apart in December when the IRA refused Protestant demands for disarmament to be recorded for public consumption. The IRA also rejected demands, chiefly leveled by the Irish government and Catholic moderates, for the IRA to renounce crime and accept the legitimacy of Northern Ireland's police force.

Since then, the Sinn Fein-IRA movement has been thrown on the defensive by two events with exceptional repercussions — a mammoth robbery and an alcohol-fueled killing. The British, Irish and American governments united behind the position that power-sharing couldn't be restored unless the IRA fully disarmed and went out of business — disbanding in practice if not in name.

In December, police accused the IRA of robbing a Belfast bank of a world-record $50 million; the IRA responded by denying involvement — and restating its traditional position that its activities should never be described as "crime."

In January, IRA members knifed to death a Catholic civilian outside a Belfast bar, an action that highlighted the group's decades-old role as an intimidating power broker within its working-class Catholic bases. The IRA had killed others in similarly brutal circumstances in recent years, but this time, the victim's family risked IRA retaliation by publicly campaigning for justice.

In March, President Bush greeted the victim's five sisters and fiancee on St. Patrick's Day, while Sinn Fein was barred from the White House for the first time in a decade.

On Thursday, Sinn Fein deputy leader Martin McGuinness — a veteran IRA leader who reportedly stepped down from the group's seven-man command in May — was back on Capitol Hill to promote the IRA statement.