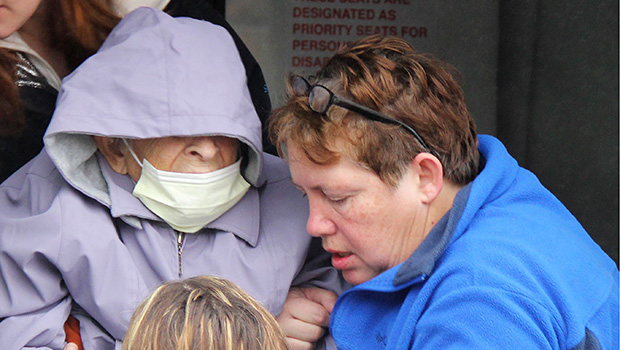 NORTHWOOD, Iowa -- Authorities are evacuating residents of a small northern Iowa city where firefighters are battling a chemical fire.

The Worth County Sheriff's Office says an evacuation order is in place for Northwood due to a fire Thursday morning at a fertilizer plant at Northwood Municipal Airport.

The National Weather Service issued a civil emergency message about the sulfuric acid fumes.  "This is a dangerous situation," the agency said.

CBS Affiliate KIMT reports the fire is at Northwood Ag Products. KIMT also reports that four patients have walk in to Mercy Medical Center North Iowa because of the Northwood emergency.

The Mason City Globe Gazette reports several residents heard explosions when the fire broke out. Highway 105, a main artery in Northwood, was blocked off near the fire.

The Iowa State Patrol, Northwood police and the sheriff's department are assisting at the scene.

Northwood has about 2,000 residents.

Mayor Tom Dakin of Kensett, Iowa, told CBS News Radio that his town of 260 is receiving evacuees from neighboring Northwood