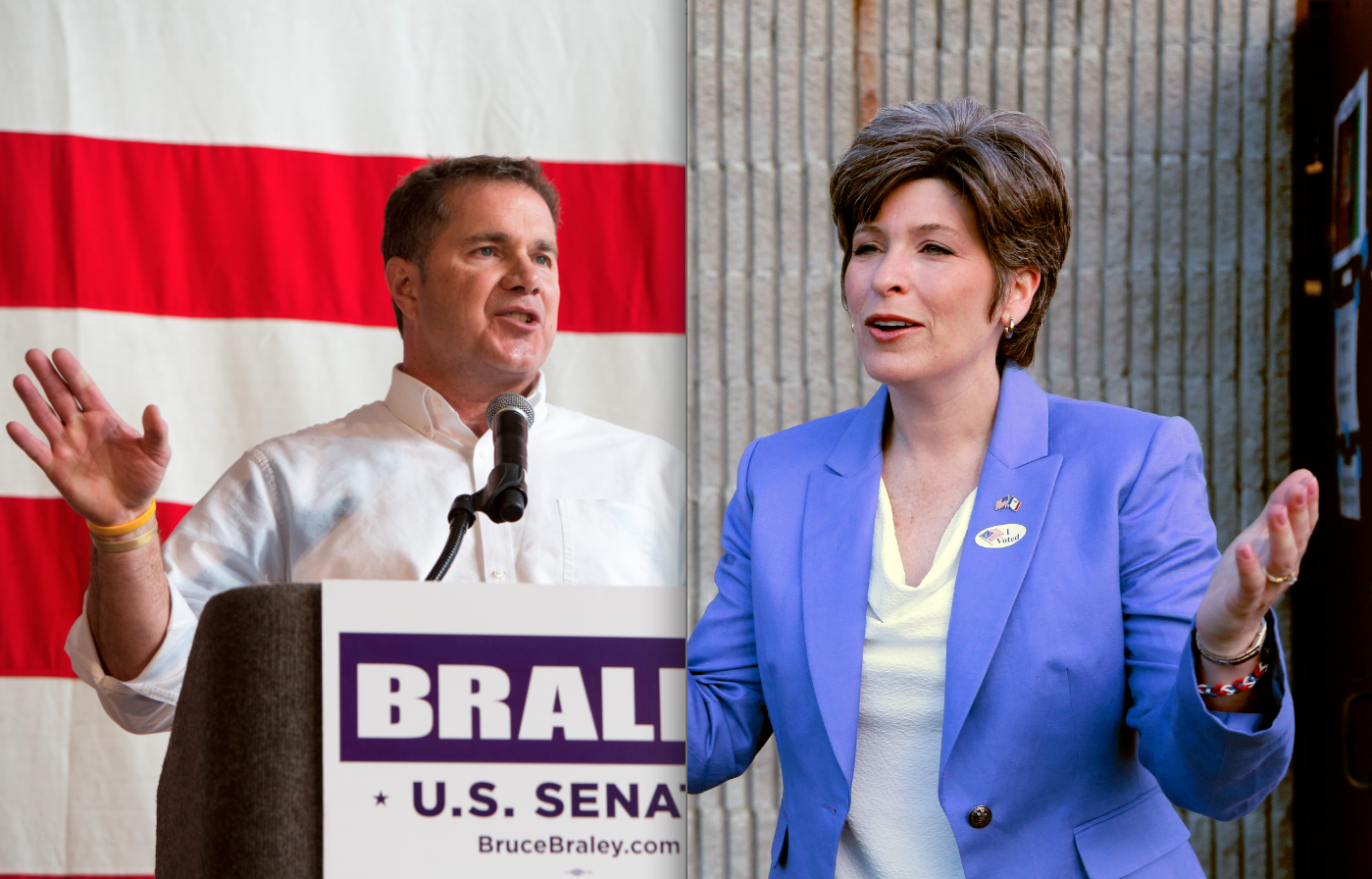 A word for the wise: If you're a male candidate running against a woman hoping to make history as the first female federal officeholder in her state, you might want to refrain from comparing her to a baby chick in your campaign advertisements.

"When Joni Ernst had the chance to do something in Iowa, we didn't hear a peep," the narrator explains as the chick onscreen chirps. "In the state Senate, Ernst never sponsored a bill to cut pork, never wrote one measure to slash spending."

While the ad never labels Ernst a "chick," or even mentions the word, Republicans were quick to pounce on what they saw as the spot's sexist undertones.

In a statement, Ernst spokeswoman Gretchen Hamel said the ad "degrades and insults Iowa women by comparing Joni Ernst to a 'chick.'"

Even some who weren't so quick to explicitly label the ad sexist seemed discomfited by the imagery.

"Imagine if a GOP candidate had used a 'chick' in an ad against a female opponent," tweeted Tim Hagle, a political science professor at the University of Iowa.

"That we still haven't heard a peep from state Sen. Ernst's campaign on the substance of our ad shows just how clearly her record does not live up to the image she's portraying on TV," Benzing said, per USA Today. "The facts matter, and the thrust is state Sen. Ernst talks a lot about cutting pork, but her actions are something else entirely."

The "chick" flap is not the first time Braley has come under fire during this still-young campaign season. In March, the congressman was caught on tape criticizing Sen. Chuck Grassley, R-Iowa, as a "farmer from Iowa who never went to law school."

Braley apologized for the remark, but Republicans seized the opportunity to accuse him of looking down his nose at Iowa farmers.

The race in Iowa is one of several closely watched elections in November that could determine which party controls the Senate in the next Congress. A Rasmussen poll this week showed Ernst with a one-point edge over Braley among likely voters.