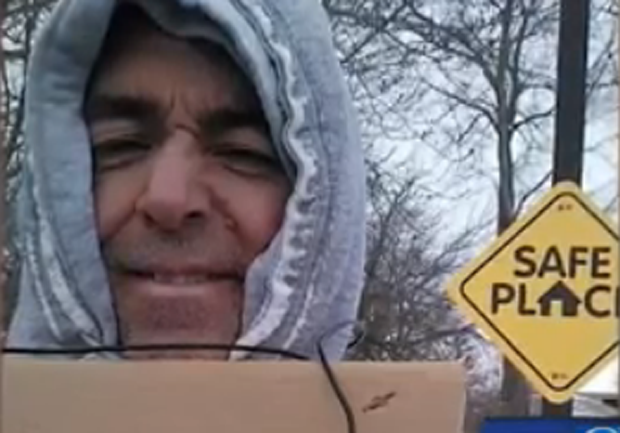 JOHNSTON, Iowa -- A Des Moines businessman gave away nearly $1,000 while posing as a homeless man - by rewarding people who paused to help him.

Jonnie Wright stood in the frigid weather on Christmas Eve at a busy intersection in the Des Moines suburb of Johnston, according to CBS affiliate KCCI in Des Moines. People who rolled down their vehicle windows to help him got a sealed envelope in return.

Inside the envelope were a $10 or $100 bill and a letter from the man, Jonnie Wright. It explained that he wasn't homeless. It said he just wanted to pay back people who helped others.

"I thought this was also a way to acknowledge those who give, who do so anonymously," Wright said.

In his letter, Wright encouraged the people to use the money as they wished or to pay it forward.

"I was blown away," said Rob Taylor, of West Des Moines, who opened his envelope later that day. "As a matter of fact, the first thing that I did was call my wife on the phone and I could hardly talk to her on the phone. I said, 'You wouldn't believe what just happened to me.'"

Taylor said he appreciated the gesture.

"For my family, it reminded everyone what the meaning of Christmas was and it wasn't about gifts, it's about giving back," Taylor said.

Wright said he handed out 50 envelopes and gave away nearly $1,000.

He doubled the money he was given and gave it to Bethel Mission, a homeless shelter.

"This has been a bucket-list thing for me for some time," Wright said. "I always knew I wanted to give back.