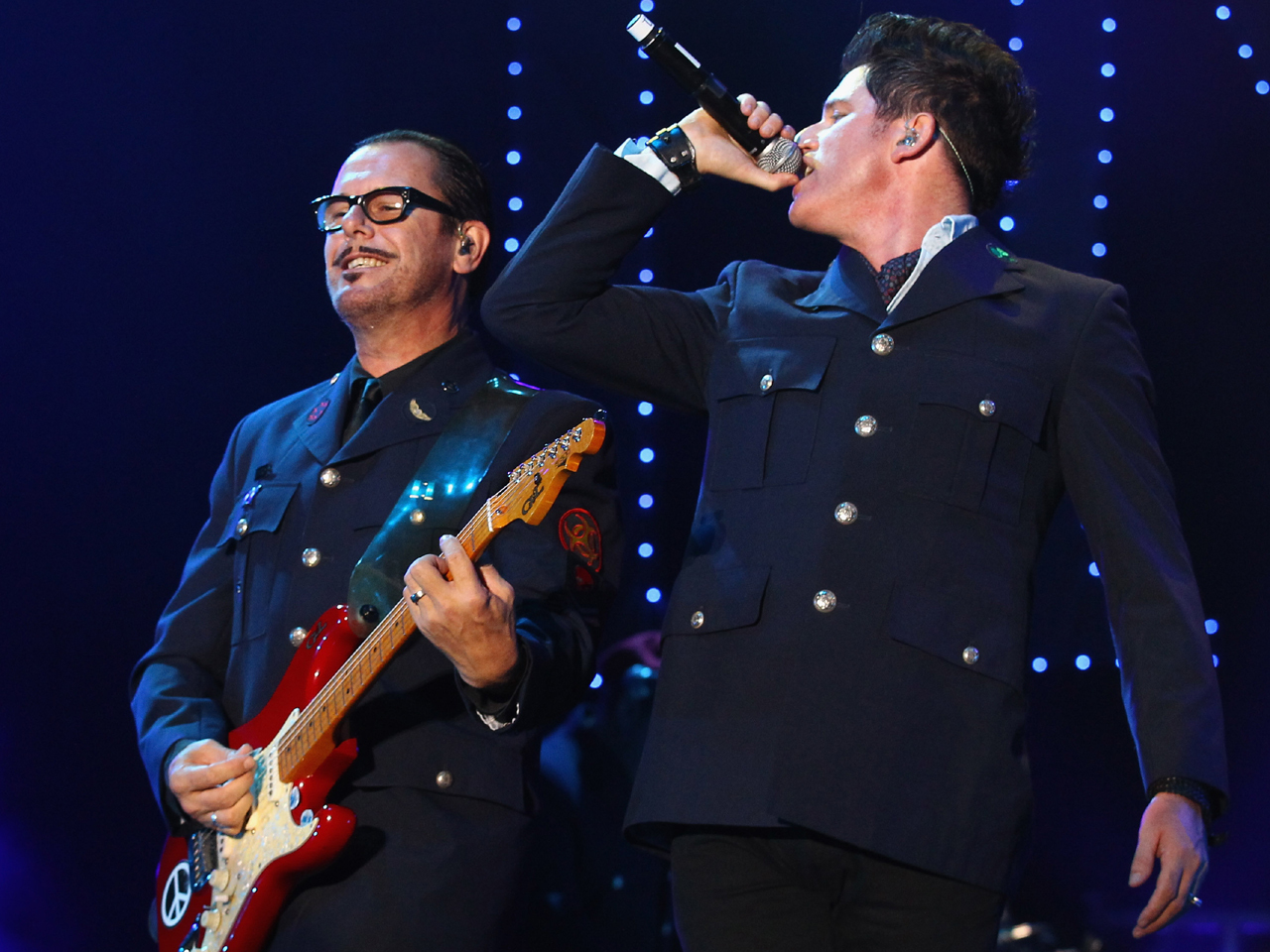 The members of INXS have issued an official statement following reports they were calling it quits after three decades.

The Australian group confirmed Tuesday that it's retiring from touring.

"We understand that this must come as a blow to everybody, but all things must eventually come to an end," the statement explained. "We have been performing as a band for 35 years, it's time to step away from the touring arena."

The statement continued: "Our music will of course live on and we will always be a part of that. We would like to express our heartfelt thanks to all the friends and family that have supported us throughout our extensive career. Our lives have been enriched by having you all as a part of the journey."

INXS hinted at the news on Sunday while performing in Perth, Australia, the same area where it got its start.

"It's been 35 years for INXS as a live touring band and unbelievably it's been 15 years ago since we lost singer Michael [Hutchence]" said drummer Jon Farriss. "We lived for each other in the trenches and we loved each other. It was the six of us against the world and then suddenly and inexplicably we were but five. We were lost right at the moment we were on top."

INXS has had a series of various vocalists ever since the death of Hutchence in 1997, including Jon Stevens and Terence Trent D'Arby. Canadian rocker J.D. Fortune won the 2005 "Rock Star" TV competition and fronted the group until last year; Irish singer Ciaran Gribbin took over in 2011.

"INXS' touring days could never last forever," said Jon Farriss. "We wanted it to end on a high. And it has."