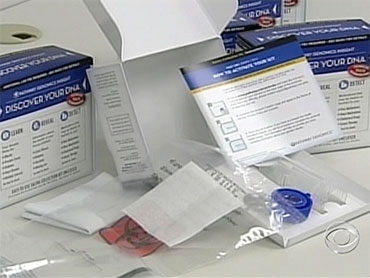 A U.S. government investigator told members of Congress on Thursday that personalized DNA tests claiming to predict certain inheritable diseases are misleading and offer little or no useful information.

"Consumers need to know that today, genetic testing for certain diseases appears to be more of an art than a science," said GAO investigator Gregory Kutz, in testimony before a House Energy and Commerce Subcommittee.

The GAO presented its findings at a Congressional hearing to scrutinize the personalized genetic industry, which until recently operated below the radar of federal regulators.

Genomic testing companies market saliva-based kits designed to detect whether individuals are genetically predisposed to get certain inheritable diseases like breast cancer or Alzheimer's Disease. Such tests have been sold online for years, but they began attracting federal scrutiny in May when Pathway Genomics announced plans to market its products in retail pharmacies.

That plan was scuttled by the Food and Drug Administration, which said the tests must undergo federal testing.

The chief executive of Pathway testified alongside counterparts from Navigenics and 23andMe, saying their companies used the latest technology to give consumers insight into their genetic makeup.

But the GAO report suggests the companies still have a long way to go in drawing accurate conclusions.

The agency submitted DNA samples from five staffers to four different genetic testing companies. When considering the same disease, the companies' results contradicted each other nearly 70 percent of the time, according to GAO. In response to the same patient's DNA, one company claimed he was at above-average risk for prostate cancer, a second said he was below average and two others said his risks were average.

In another case, a patient implanted with a pacemaker to control irregular heart beat was told he was at decreased risk of developing the heart condition.

"I believe, as do our experts, that these results clearly show that these tests are not ready for prime time," Kuntz said.

Kuntz told lawmakers that the tests do not constitute fraud because the companies believe in the accuracy of their methods - but they should still be subject to regulatory standards.

According to the companies, the disparate results reported by GAO are a result of different analytical methods used by each company.

23andMe CEO Ashley Gould told lawmakers the company is working with competitors and the FDA to standardize methods for analyzing genes.

As tests that predict the presence of a medical condition, genetic tests fall under the regulation of the FDA, though the agency has only recently begun scrutinizing the space.

In June the FDA issued letters to several genomic testing firms, asking them to submit their products for federal review.

"If there's any issue with the FDA, it's why didn't we act sooner," Shuren said.