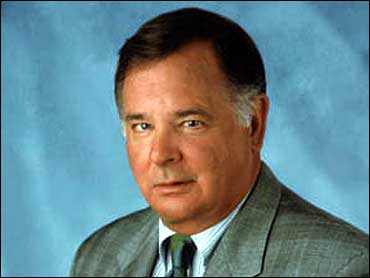 Eric Engberg, recently retired from CBS News, covered the 1986 Challenger tragedy and the ensuing investigation. An expert on NASA, Engberg covered the big Washington "investigations" and the federal bureaucracy for more than 25 years. He answered questions for CBSNews.com via e-mail.

CBSNews.com: What will be the first steps in the investigation of the Columbia disaster?

Engberg: Unlike a plane crash, NASA won't have to look for "black boxes." The mission control center in Houston is itself a giant, super-sophisticated "black box." Hundreds of sensing devices on board the orbiter send radio messages to earth monitoring the health of key systems. Apparently, all this telemetry data was flowing until the disaster. This information is recorded and can provide valuable information on what happened. I would imagine that examination of those data tapes has already begun.

All the videotapes taken by amateur photographers along the flight will be gathered up and studied frame by frame. NASA has appealed to everyone with film to get in touch with it, but, at the television news conference, they didn't bother to put out a phone number and they weren't emphatic enough. That film is critical, and we don't need someone cutting a deal with some tabloid to sell it rather than to turn it over to the government.

Written documentation is maintained on every repair made on the shuttle. Investigators will study those records for any indication of a suspicious part or system.

The investigators will try to gather up as much of the wreckage -- strewn across hundreds of miles -- to examine it for clues. If they follow the Challenger example they will put all the pieces in one large building, essentially trying to re-build the vehicle.

NASA lacks the manpower or expertise to gather up this much wreckage. They will call on the military, Federal Emergency Management Agency and the National Transportation Board, as well as local police departments, to collect this wreckage. They will quickly have to establish some evidence-gathering protocols, so that every piece will be photographed and located on a map before it is sent to a collection point. It's like a big crime scene.

CBSNews.com: Who will be in charge of the investigation?

Engberg: That depends on what the early findings are and how the President reacts to them (remember, he's an old jet fighter pilot).

Any indication that NASA's own decision-making was culpable in the accident would produce an outcry for an independent investigation, such as was done in the Challenger case. NASA already says it will have an independent assessment board from other federal agencies, such as the Department of Transportation and the Air Force, overseeing the investigation. The chairman will be from outside the government. This will probably reduce calls for a presidential commission. But any hint that NASA is providing the investigators with anything less than a straight story would change that.

CBS News aviation correspondent Bob Orr reports that the new Homeland Security Dept. wants FEMA to be the lead agency. FEMA has nothing to do with aviation and never does investigations of any kind. I predict this initial command structure will soon be altered.

CBSNews.com: Can NASA investigate itself?

Engberg: After the Presidential Commission on Challenger filed its report, citing numerous NASA mistakes on shuttle operations, I asked the chairman, former Secretary. of State William Rogers, what would have happened if NASA had been allowed to conduct the investigation. He didn't hesitate in his response, "There would have been a cover-up. In fact the cover-up was already under way when I arrived on the scene."

NASA at that time had an insular, "we know best" culture that resisted cooperation with other agencies and tended to hide failures from the public. We shall see from this investigation whether any of those negative attributes still need to be rooted out.

Reforms instituted by the Rogers Commission were intended to change that mentality. This will be the first real test of whether those reforms "took."

CBSNews.com: Are there lessons from the Challenger story that apply to this accident.

Engberg: As a journalist I may be biased. But I think the main lesson of Challenger applicable to this tragedy is that the American people must be told the entire truth -- all of it. Let's not hear any talk of "national security" that requires certain information be held secret.

There was a large human decision-making component to the Challenger disaster. It wasn't just that the O-rings failed to seal the solid rocket booster. Humans failed to use good judgment, driven by selfish motives to meet schedules, please their bosses, and withhold bad news from the public.

There is no evidence yet that such human failings contributed to the Columbia disaster. But we must all be looking for that until the contrary is proven.

CBSNews.com: What changes in NASA came out of the Challenger disaster?

Engberg: The agency's safety division was beefed up, astronauts were put "in the loop" of mission decisions, and officials were directed to never again let scheduling decisions take precedence over safety. They made it through another 100 flights before there was another accident. But some will say that is not a very good record.

CBSNews.com: What kind of political fallout do you expect for the American space program?

Engberg: There has always been a vocal minority in Congress that believes manned space exploration is not worth the risks or the money. At the same time there are fiscal conservatives who don't mind spending on space exploration if we can afford it, but don't think we can right now. These two groups will be energized by the accident, especially now that the federal deficit is skyrocketing.

A lot is riding on the investigation. If it is found that the accident was caused by a system failure common to all the orbiters, you are talking about billions of dollars in modifications on the three remaining vehicles.

More important I think is the psychological factor. Americans have now cried through two shuttle catastrophes; 14 lives have been lost. We like to tell ourselves that this is the sad cost of exploration of a "New Ocean," as JFK called it. The loss of Columbia will once again force us to ask if the cost is truly worth it.