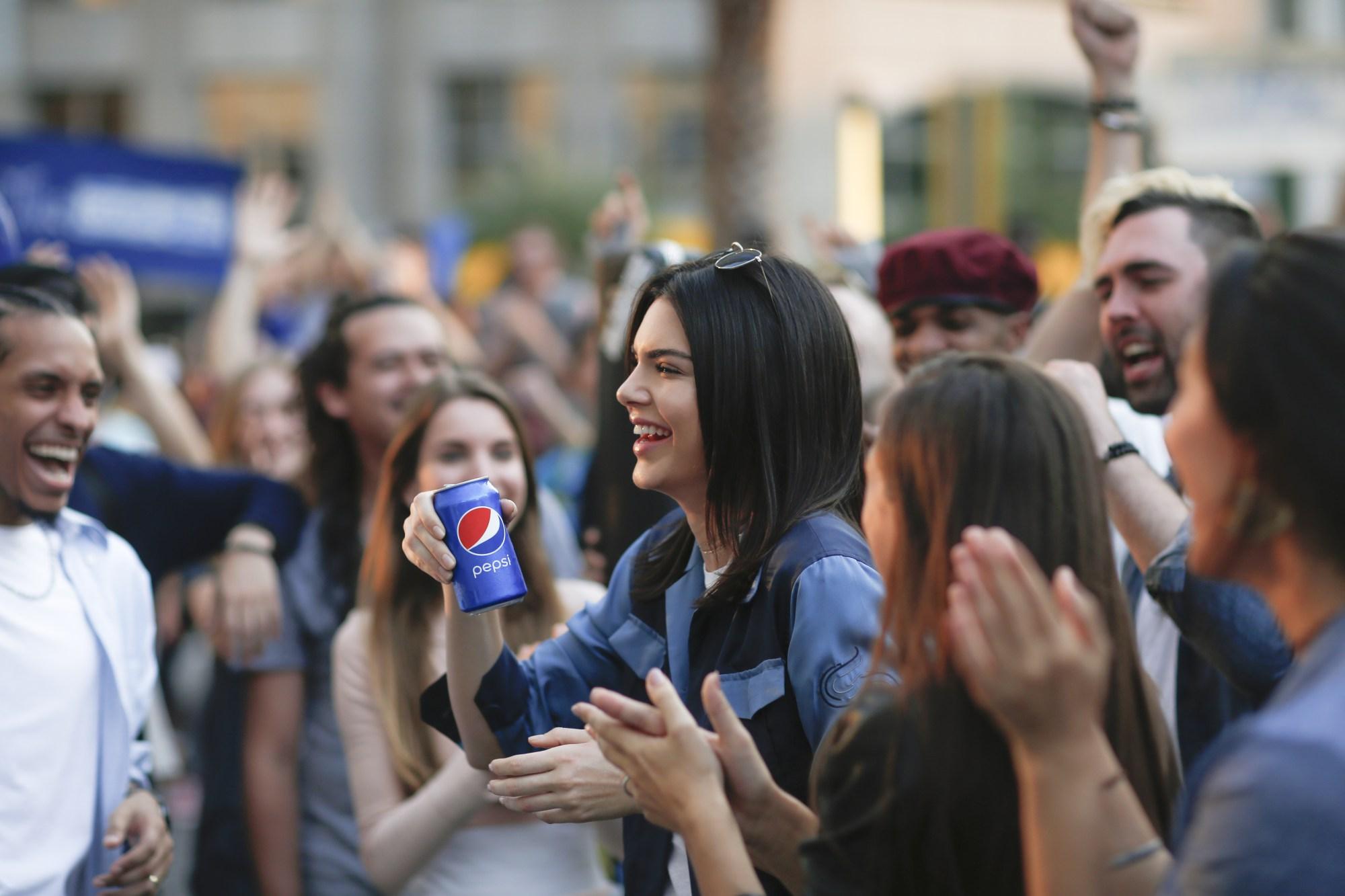 Recent polls show Americans are deeply divided -- and it appears Pepsi thinks a can of soda can bridge the gap.

Some of the more benign criticism online believed the commercial to be well-intentioned, but tone-deaf. The most pointed comments called the ad blatantly exploitative, as protest culture -- with the growth of Black Lives Matter and the mobilization of left-wing activists who “resist” the Trump administration -- experiences a renewed sense of prevalence.

In a statement to CBS News, Pepsi stood by the content of the commercial, saying: “This is a global ad that reflects people from different walks of life coming together in a spirit of harmony, and we think that’s an important message to convey.”

But many Twitter users noted that the dynamics between Black Lives Matter activists and some authorities have been less than congenial; others charge that grassroots movements and capitalism are not exactly kindred ideologies.

In the two minute-long spot, Jenner models in a doorway as a throng of protesters march past. They carry innocuous signs -- some say “join the conversation,” others feature outlines of heart and peace symbols; after making eye contact with one beanie-wearing activist, Jenner sheds her blonde wig and dark lipstick and joins the crowd.

She proceeds to pop open a can of Pepsi, naturally, and weaves through the assembled group in order to hand a soda to a cop. The ad ends with the officer smiling and the protesters jubilantly cheering.

But for others, Pepsi and Jenner were more than a mere punchline. Many Twitter users likened imagery from the ad to the now-iconic 2016 image of Baton Rouge, La. protester Ieshia Evans, who peacefully and stoically faced police officers while standing alone in a street.