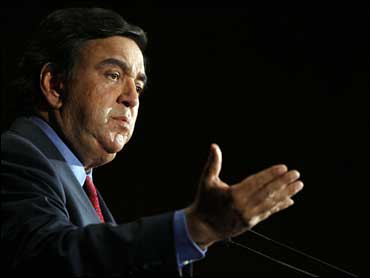 Called MusicNet, the venture announced Monday will allow music fans to download their favorite songs over the Internet, but will oblige them to pay for it.

In telephone interviews, record label executives characterized the deal as the online distribution solution they have been waiting for.

"There is this notion that somehow the music companies won't play or don't want to license" music for online distribution, said Dick Parsons, co-chief operating officer of AOL Time Warner. "What we were waiting for was someone who would make music available in an appropriate way over the Internet."

MusicNet will then partner with companies to distribute the music. The initial partners, AOL and RealNetworks, will determine the cost of the subscription service on their own, RealNetworks spokesman David Brotherton said.

But the companies declined to give specific details about what form the music will come in and how MusicNet will ensure security.

The deal marks the first time so many major labels have agreed to license music for mass online distribution, the companies said.

Other music download services, most notably Napster, have come under fire for allowing free downloads of songs for which they don't own the copyrights. Napster is currently facing a court-ordered injunction limiting what it may offer on its music download Web site.

Bertelsmann has allied itself with Napster by loaning the online music service money and technical expertise.

Napster still faces a copyright infringement lawsuit brought against the company by the recording industry, but Klein said he felt confident that Napster would satisfy concerns about security within the next few months.

"We really think of it as a very nice start, but clearly our goal is to expand out from here," said RealNetworks chairman and CEO Rob Glaser, who also will act as chairman and interim CEO of MusicNet.

MusicNet will likely face itbiggest competition from Duet, a partnership between Sony Corp. and French media conglomerate Vivendi Universal that promises to have tens of thousands of songs on the Internet for subscription-based download by this summer.

If the labels involved in both projects can agree to license music to each other, giving all customers the broadest music choices possible, digital media analyst Phil Leigh believes they will have a high chance of success.

"I think both parties realize that they need the content form the others," he said.

Leigh said MusicNet's success would also depend on whether the project would be consumer-friendly. While security will have to be tight to satisfy record label concerns, he believes the project will only work if it is also easy for people to find and download muisc.

"The devil will be in the details on this," he said.

CBSNews.com has business relationships with both RealNetworks and America Online.