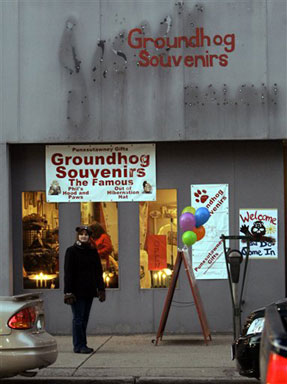 Theglobe.com's freshly minted shares set a record with a rise of about 605 percent above the offering price Friday, easily eclipsing a mark set in July by Broadcast.com.

Many of the trades Friday were for 100 shares or 200 shares, indicating small investors were buying the bulk of the stock. The first-day performance set a record for an initial public offering.

Taulli said Theglobe.com's opening price is "an all-time record" for an IPO.

The closing price means that Theglobe.com, a Web community specialist that lost $5.8 million in the first half of the year, has a market cap of $635 million based on about 10 million total outstanding shares.

The performance outshone the July 17 debut of Broadcast.com (BCST), which soared 249 percent, and EarthWeb's (EWBX) Nov. 11 IPO, which crested 248 percent above its $14 offering price.

"I can't imagine what'll happen when some other IPOs come onto the market," said Taulli, who was eyeing Internet America, Ticket Master-CitySearch Online, Xoom and Healtheon.

The meteoric new issue comes only weeks after the Theglobe.com shelved its IPO because of a moribund market, which brightened considerably with the dramatic debut of EarthWeb. Shares of EarthWeb slipped for the first time since it debut, ending the day down 2 1/4 to 67 on volume of 5.9 million shares Friday.

Some Wall Streeters were skeptical about Theglobe.com's slingshot price, pointing to investor fervor over Internet stocks rather than the company's business model.

"People feel like, 'I don't care what it is, just get me in,' " said David Menlo, analyst with the IPO Financial Network in Millburn, N.J. "There's nothing innovative or singular about the company."

Six hundred shares of Theglobe.com traded at a pice of 50 1/8 at 10 a.m., but the shares didn't officially open on Nasdaq until about 11 a.m. ET at a price of 67. "That [earlier] trade probably snuck in on the OTC market," said Bear Strearns spokeswoman Mary Flanders Green.

Much of the morning's trading was in units of 500 or fewer shares, according to Data Broadcasting Corp.'s Signal Online, indicating heavy retail-investor involvement in the new issue's steep rise.

Theglobe.com raised $27.9 million by selling 3.1 million shares to institutions such as mutual funds. Many of those funds were selling their stock Friday to individual investors at prices far higher than the $9 they paid for each share. Bear Stearns as the lead underwriter of the IPO.

Theglobe.com operates a Web site that allows people to build their own home pages within various "cities," corresponding to their interests.

The company's site was the fourth-fastest-growing Web site in the first half of the year. It competes with GeoCities (GCTY). GeoCities has more than 2.5 million members, compared with 2 million members for Theglobe.com.