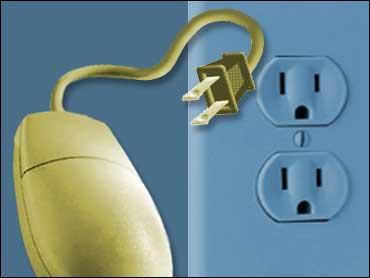 The Internet may have played a role in a 17-year-old college freshman's death, but it has also helped locate her body and may even help authorities track down her killer.

Taylor Behl had just started her freshman year at Virginia Commonwealth University when at 10:30 p.m. on Sept. 5 she left her dorm room and disappeared. On Thursday, Oct. 7, officials said a body that had been found in a wooded area near the Chesapeake Bay, which is about 75 miles from Richmond, had been identified as Behl's. They also confirmed that suspicion focused on Ben Fawley, a 38-year-old photographer whom Behl met on the Internet.

The Early Show correspondent Tracy Smith reports that the two met through Web sites where people post photos and messages. Taylor shared intimate details of her life on these sites, Smith reports.

"There seems to be a lot of information on here that someone who didn't know her would have a pretty good idea who she is and what she's all about," one computer expert told Smith.

Fawley has not been charged in the Behl case, but he is being held without bond on child pornography charges. His attorney said Fawley had a romantic relationship with the teen.

Police said they were led to the shallow grave where Behl was buried after examining photographs on the Web site of Fawley, who was one of the last people to see Behl alive.

While the Internet can put young people like Behl at risk, Smith reports, experts also say it can provide clues when they go missing.

"It really can offer nearly a complete profile of the individual," one expert told Smith. "Who they spoke to, when and where they expect to go, where they've been in their past."

On Taylor's Web site, there are numerous messages from Fawley, who took and posted pictures of Taylor on the Internet.

"Some pretty graphic photographs and other things were retrieved from the computers" that were seized from Fawley's home, Richmond Police Chief Rodney Monroe told The Early Show co-anchor Julie Chen.

Although Fawley has not been charged in her death, Smith reports that officials say all signs point to him.

"I think that we're moving closer" to pressing charges, Monroe said. "It won't be days, but I think within the coming weeks we should be able to wrap this case up."