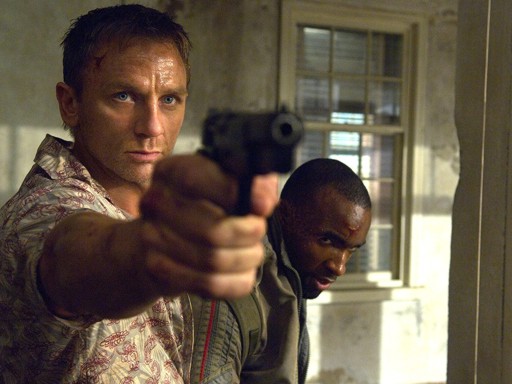 While crew members of the space shuttle Atlantis continue work on the International Space Station, the project continues to be controversial on Earth.

Program critics question Russia's level of commitment and ability to pay for their portion of the program. They complain about construction delays and cost overruns. Some see little scientific value in building a permanent space station. Others worry that budget cutbacks at NASA will endanger a space shuttle program that is such a vital part of the ISS mission. And still others wonder if any more space exploration is needed at all.

Since its inception in 1993, the U.S.-Russian partnership has been controversial. Critics such as Rep. James Sensenbrenner, chairman of the House Science Committee, estimate that Russian delays have driven ISS project costs up by $5 billion. A General Accounting Office report from earlier this year charged that the Russian-built ISS components do not meet safety and reliability specifications, a charge the Russians adamantly refute.

Many Americans are frustrated that the Russians still financially support the aging space station Mir and are keeping it in orbit instead of orchestrating a stately demise in the ocean, as they had agreed to do earlier. In April, eight months after Mir had been "abandoned," Russian cosmonauts returned to the space station and turned the life support and power systems back on.

With the Russian economy in shambles, critics and supporters worry that mission funding will dry up. Russia is supposed to supply more cargo ships and space station components, but the country's financial crisis leaves everything beyond this year in question, although NASA officials say they expect their international partner to meet all obligations through 2005.

"It's an ugly process, actually. It's a very difficult, cumbersome and unpleasant process of dealing with the Ministry of Finance and forcefully getting this money from them," said Mikhail Sinelshikov, chief of piloted programs for the Russian Space Agency.

"The wildcard is whether, at the end of the day, the Russians decide to go with the future and the station or stay in the past with Mir," added John Pike, director of space policy for the Federation of American Scientists. "I doubt that the Russians have the resources to run two stations simultaneously."

"The problems in Russia are visible indications of why NASA should be worried," said John Logsdon, director of space policy at George Washington University. "We now have the one thing we absolutely had to have (the Zvezda module), but prudent planning would look for alternatives to upcoming parts of the project."

NASA touts the space station for its scientific roles. Agency officials say it will help research on the behavior of matter in space and the development of new drugs while acting as a way station for human exploration beyond th moon.

"The fact that a little science gets done along the way is nice, but I don't think of it as a scientific endeavor," Rood said.

Christopher Hall, a space-system design instructor at Virginia Tech, feels that experts in the field see the ISS as a boondoggle. He doesn't see the need for an interim launch pad.

"If we're going to go back to the moon, we'll get there on a direct launch from Earth. The same with Mars. We'll go directly from Earth," Hall said.

NASA's financial cutbacks also create concerns. A recent General Accounting Office report warned that a dwindling and aging shuttle work force could jeopardize flight safety as the pace of flights to the ISS picks up.

"We could be in trouble," said U.S. Sen. Bill Frist, chairman of the Science, Technology and Space subcommittee. "This year we have nine flights, almost one flight a month planned, with a workforce — at least according to the General Accounting Office — that is overworked, understaffed and doesn't have the experience that we would really like to have in a more continuously experienced workforce."

In response, NASA and its prime shuttle contractor, United Space Alliance, have hired several hundred workers, including veterans of the space program, but it will take time for them to come up to speed.

Space shuttle Atlantis Commander Terrence Wilcutt worries about the stress of NASA having some many missions so quickly. But he believes the space agency is up to the task and said morale is "really, really high."

The political will for space exploration that existed nearly 40 years ago, when President John F. Kennedy pledged to put a man on the moon, is lacking today. Kennedy's promise was a Cold War pledge to reaffirm American superiority after the Russians launched Sputnik and put a man in orbit. Now the Cold War is over, we've been to the moon several times, and many Americans think it's time to move on to something else.