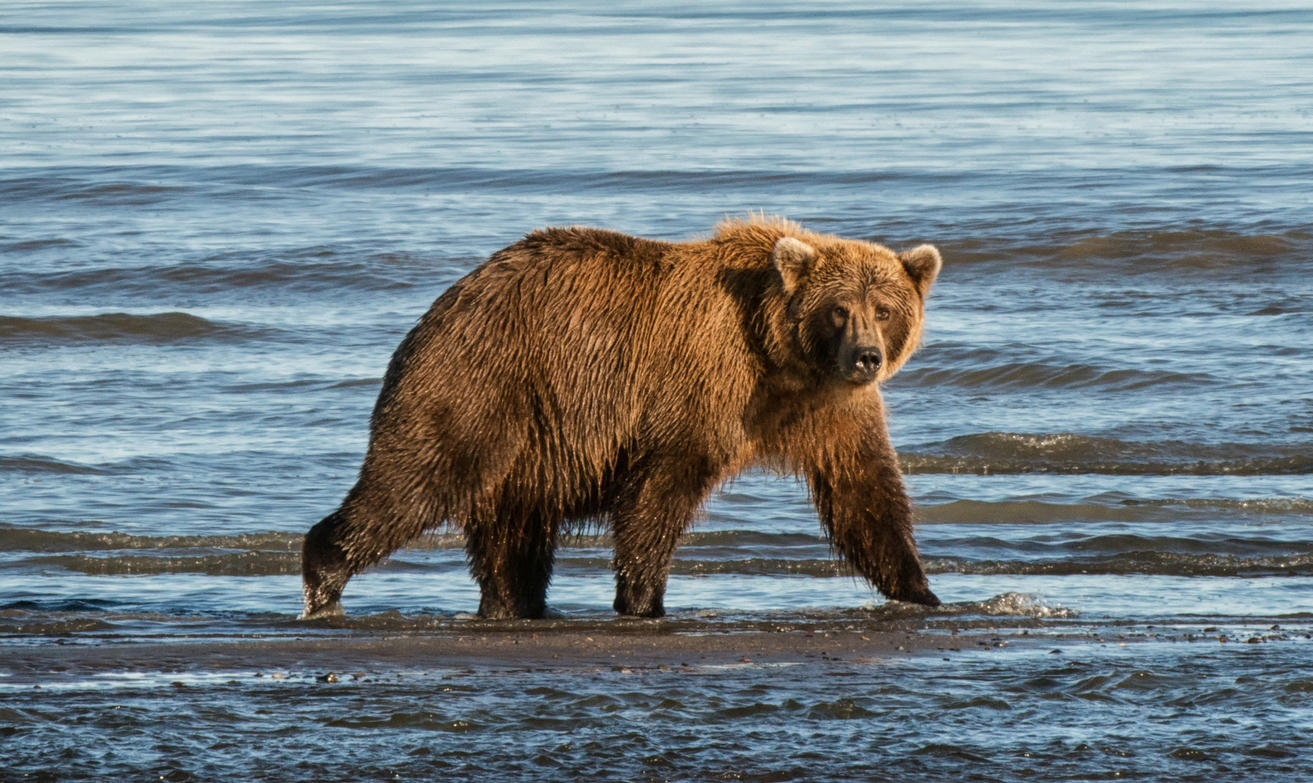 WASHINGTON -- The Trump administration is moving to reverse Obama-era rules barring hunters on some public lands in Alaska from baiting brown bears with bacon and doughnuts and using spotlights to shoot mother black bears and cubs hibernating in their dens. The National Park Service issued a notice Monday of its intent to amend regulations for sport hunting and trapping in national preserves to bring the federal rules in line with Alaska state law.

Under the proposed changes, hunters would also be allowed to hunt black bears with dogs, kill wolves and pups in their dens, and use motor boats to shoot swimming caribou.

These and other hunting methods — condemned as cruel by wildlife protection advocates -- were outlawed on federal lands in 2015. Members of the public have 60 days to provide comment on the proposed new rules.

"The conservation of wildlife and habitat for future generations is a goal we share with Alaska," said Bert Frost, the park service's regional director. "This proposed rule will reconsider NPS efforts in Alaska for improved alignment of hunting regulations on national preserves with State of Alaska regulations, and to enhance consistency with harvest regulations on surrounding non-federal lands and waters."

The Alaska Department of Fish and Game was "pleased to see the National Park Service working to better align federal regulations with State of Alaska hunting and trapping regulations," Maria Gladziszewski, the state agency's deputy director of the Division of Wildlife Conservation, said in an email to The Associated Press.

She said the proposal is "progress in that direction, and we appreciate those efforts. Alaskans benefit when state and federal regulations are consistent."

Gladziszewski said the state doesn't conduct predator control in national preserves. "Predator control could be allowed in preserves only with federal authorization because such actions are subject to NEPA (National Environmental Policy Act) review," she said.

Expanding hunting rights on federal lands has been a priority for Interior Secretary Ryan Zinke, a former Montana congressman who displays a taxidermied bear in his Washington office along with mounted heads from a bison and an elk.

The Obama-era restrictions on hunting on federal lands in Alaska were challenged by Safari Club International, a group that promotes big-game hunting. The Associated Press reported in March that Zinke had appointed a board loaded with trophy hunters to advise him on conserving threatened and endangered wildlife, including members of the Safari Club.

President Trump's sons are also avid trophy hunters who have made past excursions to Africa and Alaska. In 2012, they faced criticism from animal rights groups after photos surfaced from a hunting trip that showed them posing with animals they hunted, including an elephant.

Collette Adkins, a lawyer and biologist with the advocacy group Center for Biological Diversity, expressed outrage at the rollback.

"Cruel and harmful hunting methods like killing bear cubs and their mothers near dens have no place on our national preserves," she said.

The Humane Society of the United States said it would oppose the new rules.

"These federal lands are havens for wildlife and the National Park Service is mandated to manage these ecosystems in a manner that promotes conservation," said Anna Frostic, a lawyer for the animal rights group. "This proposed rule, which would allow inhumane killing of our native carnivores in a misguided attempt to increase trophy hunting opportunities, is unlawful and must not be finalized."