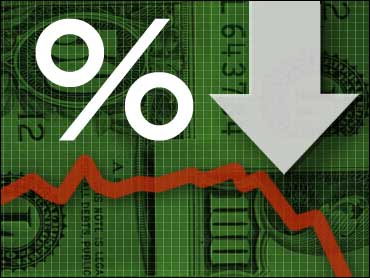 The Federal Reserve is believed to be prepared to this week lower a key interest rate to its lowest level since President Eisenhower's second term.

The central bank would be aiming to stave off an economic threat absent since the Great Depression: deflation, a prolonged and widespread decline in prices.

Policymakers have mounted a virtuoso performance over the past six weeks to influence financial markets without even cutting rates. That should allay any worries that the Fed is in danger of running out of ammunition to stimulate the economy with interest rates already so low.

Analysts refer to the talking campaign as the Fed's "open mouth" policy, using comments by Chairman Alan Greenspan and other members of its interest rate-setting committee to shape market perceptions about future Fed actions. The committee meets Tuesday and Wednesday, when its new cuts in the federal funds rate are expected.

Giving the market well-timed signals has been a hallmark of the Greenspan Fed. Nonetheless, private economists say the level of activity since early May has been remarkable.

"I don't think the Fed has ever gotten as much of a market impact from a series of statements. This is unprecedented," said economist David Jones, author of four books on the Federal Reserve.

Analysts see the effort as part of a play by Greenspan to maximize the Fed's effects on interest rates at a time when the central bank has little maneuvering room left with its standard policy instrument, the federal funds rate, the interest that banks charge each other on overnight loans.

Through 12 rate cuts beginning in January 2001, the Fed has pushed the funds rate down to 1.25 percent. That is the lowest since July 1961, six months after President Kennedy moved into the White House.

It is widely expected that the Fed will reduce the rate again on Wednesday by either one-quarter of a percentage point or perhaps as much as one-half point. At either 1 percent or 0.75 percent, the funds rate would reach a level not seen since 1958.

The Fed theoretically could cut the funds rate to zero. Many analysts believe, however, that 0.5 percent would be as low as this benchmark for short-term interest rates could go without jeopardizing the ability of money-market mutual funds to cover operating expenses and still pay a return to fund-holders.

Greenspan and other Fed governors have talked about buying longer-term Treasury securities such as five-year and 10-year notes to influence longer-term interest rates.

That's what the Fed did in the 1940s to hold down the government's borrowing costs during World War II. Private economists believe today's much larger and more complex bond market would make that strategy difficult to implement.

While not publicly abandoning this option, the Fed hit upon a different approach in May. It issued an unusual statement at its May 6 meeting that said "the probability of an unwelcome substantial fall in inflation, though minor, exceeds that of a pickup in inflation from its already low level."

To financial markets, that statement was a clear signal the central bank was more worried that the weak economy could push the country into acute deflation for the first time since the disastrous 1930s.

The impact was dramatic.

With the statement and later comments by Greenspan and other Fed officials, investors became convinced that the central bank was ready to drop the funds rate and, more importantly, leave short-term interest rates low for a long time to ensure the economy could mount a sustained rebound.

Short-term rates such as weekly Treasury bills fell to their lowest levels since the late 1950s. The 10-year Treasury note, a benchmark for mortgage rates, fell by more than half a point, which sent mortgage rates to new lows, bolstered home sales and triggered widespread refinancing of mortgages.

All of these benefits have come with the Fed having done nothing beyond talking of a remote threat of deflation.

"That the Fed is even worried about too little inflation is pretty incredible when you remember the inflation problems of the 1970s and early 1980s," said David Wyss, chief economist at Standard & Poor's.

Financial markets are certain the Fed will cut rates this week, even though economists are split over its size.

Many analysts believe it could be the Fed's only rate cut of this year as the low rates and new tax cuts instill life in the economy.

Top economists serving on the American Bankers Association advisory committee presented a new economic forecast to Fed officials last week that projected growth of around 3.5 percent in the second half of the year, more than double the pace of the past nine months.