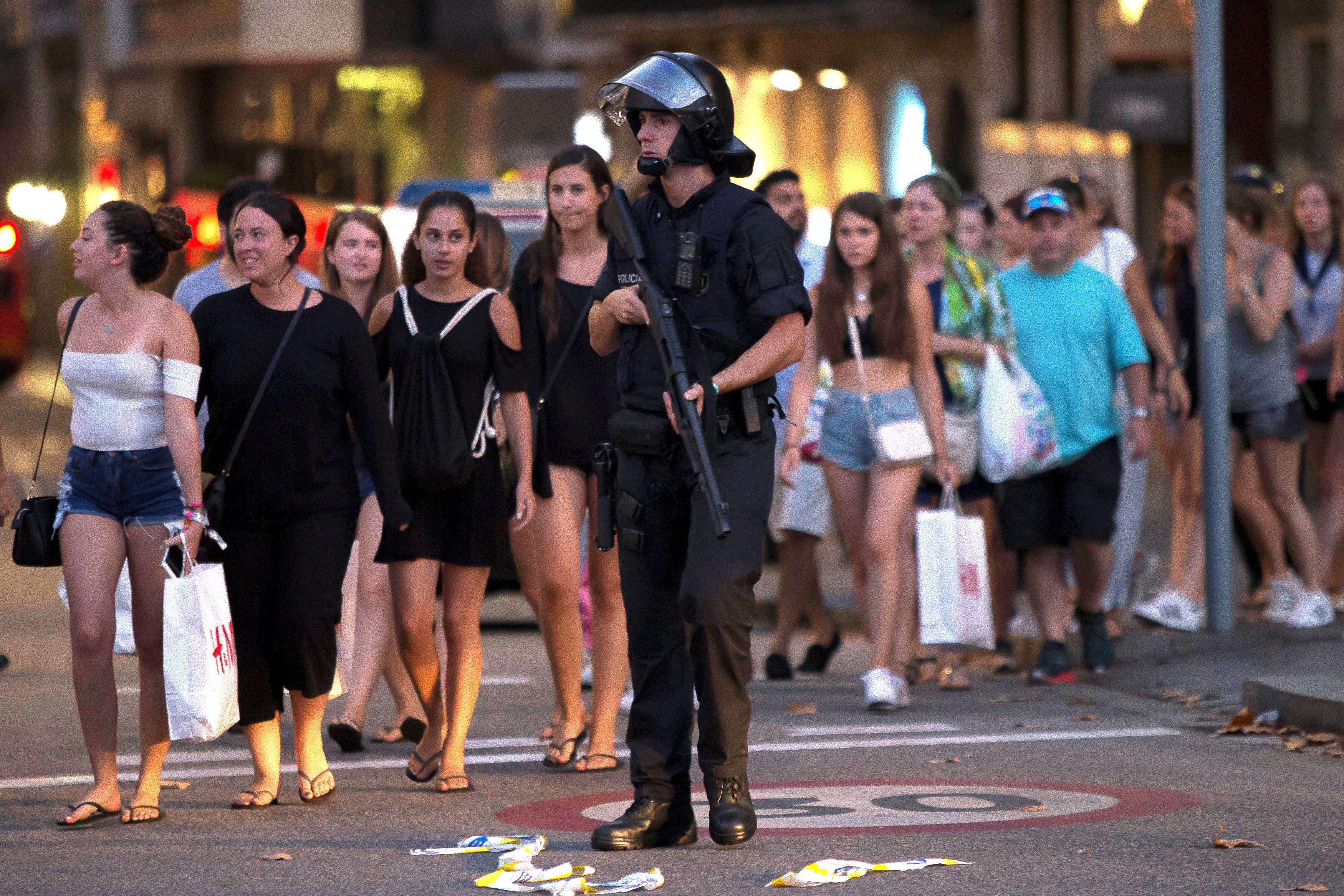 Law enforcement officials tell CBS News there is intelligence that indicates the Barcelona attack that left 14 dead and more than 100 injured was more than just an ISIS-inspired attack.

"As you look at the chronology, this was a fairly large cell, had to have been in place for a while – pretty good planning," Townsend said. "You had the house that blew up when they failed to put together these gas canisters – probably for a car bomb. Then you had the tragic sort of seven-block rage of this car killing 14. You also had in Cambrils last night another car attack."

Police fatally shot five people who staged a car attack in Spain's Catalonia region on Friday, just hours after a van mowed down pedestrians in a popular tourist area of Barcelona.

"This wasn't somebody who got out and decided to take a car and ram it in a crowd. This was much more deliberate than that," Townsend said.

Some are questioning why the popular boulevard in Barcelona didn't have barricades.

"I think you're going to see more and more of this. Because it's difficult once somebody gets a car and decides to use it as a weapon, it's almost impossible to prevent them unless you have these vehicle barriers," Townsend said.

A witness to the Barcelona car attack described the scene as "the definition of fear," but Townsend said it could have been worse.

"If these guys had successfully executed on the explosives you can imagine instead of just – I don't want to minimize it – using the car as the weapon, imagine if the car had exploded," she said.

Police say they have two suspects in custody, which Townsend called an "advantage for the intelligence community."

"We need to know more about who the individuals are that have been killed and are at-large. I expect that the cell will be comprised not only of Spaniards but probably of Moroccans coming from North Africa," she said. "They're going to want to understand the composition of this cell, their travel patterns, communications and how they were able to coordinate and get the component parts for the suicide belts and the gas cans."