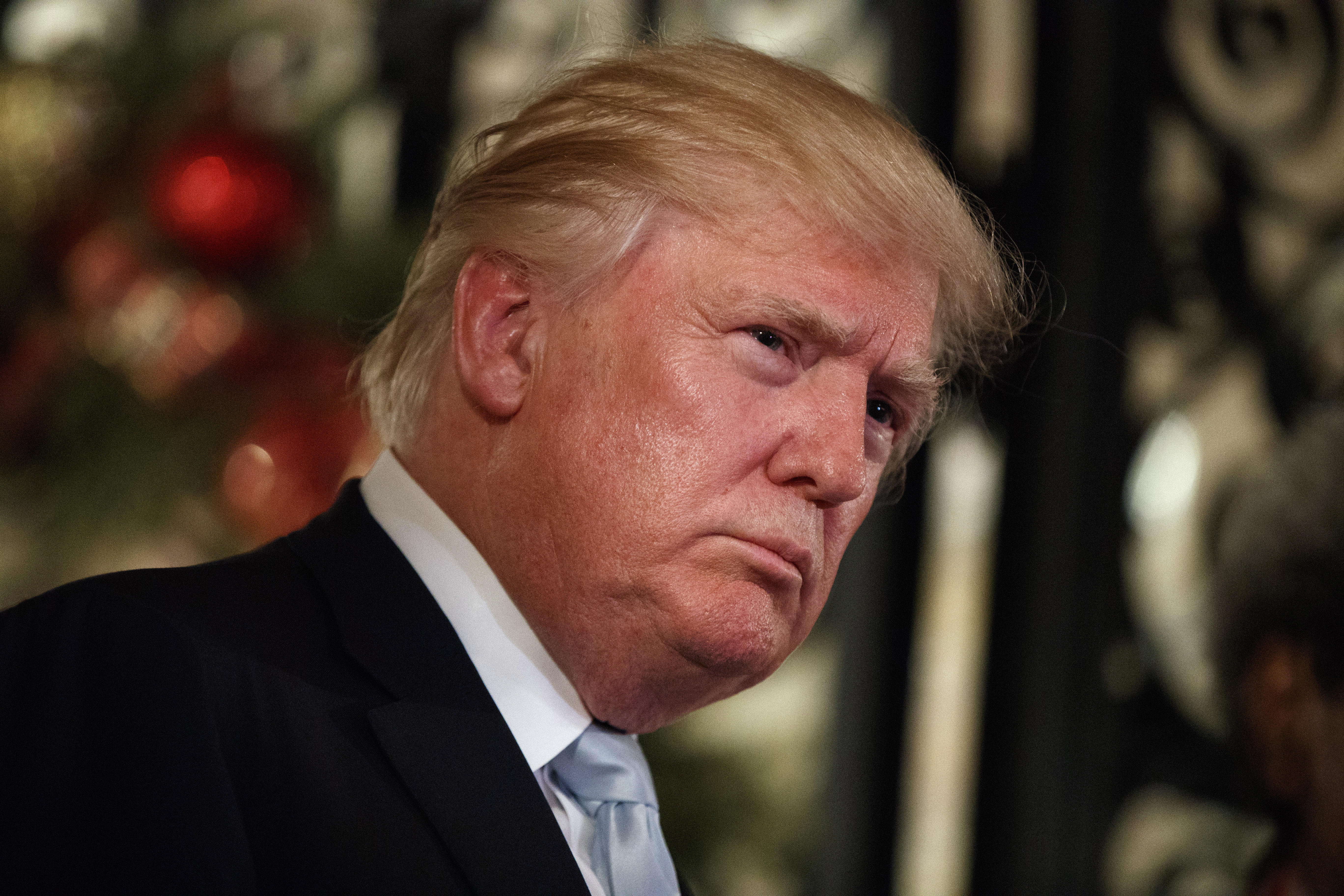 Following the briefing at Trump Tower in New York, Mr. Trump released a statement on what he called a “constructive meeting and conversation” saying that the cyberattacks had “no effect on the outcome of the election.”

The president-elect said there were attempts to hack the Republican National Committee, but they were unsuccessful in breaching the organization. He vowed to “aggressively combat and stop cyberattacks” as president and expressed confidence in the intelligence community.

“I had a constructive meeting and conversation with the leaders of the Intelligence Community this afternoon. I have tremendous respect for the work and service done by the men and women of this community to our great nation,” he said.

But on Friday night, Mr. Trump tweeted that “gross negligence” by the DNC allowed the hacking to happen.

Earlier in the day, Mr. Trump didn’t explicitly say whether he’s convinced that Russia was behind the cyberattacks against the election.

The officials who briefed him were Director of National Intelligence James Clapper, CIA Director John Brennan and FBI Director James Comey. They’re preparing to point to multiple motives for Moscow’s alleged meddling in their classified report, which will be presented to the public in an unclassified version.

“It was really quite a stunning disclosure,” Pelosi said. “When you see this report, you will see with confidence how the intelligence community has identified what we have seen.”

But Mr. Trump has been deeply skeptical of allegations that Russia was involved.

Several advisers were expected to join Mr. Trump and Vice President-elect Mike Pence for the briefing. That includes his incoming chief of staff and national security adviser and the chiefs of the CIA and Homeland Security department.

In an interview with The New York Times Friday morning, Mr. Trump called the focus on cyber attacks from Russia during the election “a political witch hunt.”

“China, relatively recently, hacked 20 million government names,” he said about the breach at the Office of Personnel Management. “How come nobody even talks about that? This is a political witch hunt.”

“With all that being said, I don’t want countries to be hacking our country,” Mr. Trump said. “They’ve hacked the White House. They’ve hacked Congress. We’re like the hacking capital of the world.”

The president-elect also tweeted an hour before the intelligence chiefs arrived that he was asking Congress to “investigate top secret intelligence shared with NBC prior to me seeing it.”

The White House says it was not the source of the leak on U.S. intelligence on Russian hacking to NBC. White House spokesman Josh Earnest said Mr. Trump’s tweet “leads me to conclude that his concerns are about something other than protecting classified information.”

CBS News’ Alan He and Rebecca Shabad contributed to this report.