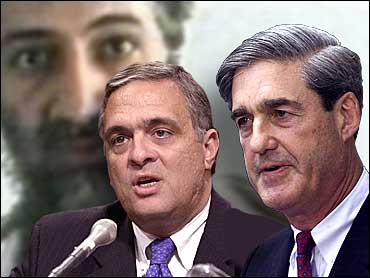 The Olympic Games in Greece and the Democratic and Republican presidential nominating conventions are among the FBI's top security concerns this year.

Despite gains made against al Qaeda, FBI Director Robert Mueller believes the organization remains the primary terrorist threat against U.S. interests at home and abroad. The FBI is concerned the organization will attempt to launch another major attack.

Mueller, CIA Director George Tenet and the director of the Defense Intelligence Agency director, Vice Adm. Lowell Jacoby, were appearing Tuesday to offer these and other assessments in an annual appearance before the Senate Intelligence Committee.

Mueller was to give a status report on investigations into terrorist financing and discuss concerns about other groups such as Hamas and Hezbollah. The FBI also is paying close attention to large public gatherings at this summer's Olympics in Athens, the Democratic National Convention in Boston and the Republican National Convention in New York City.

Tenet was likely to touch on issues ranging from al Qaeda, the war in Iraq, the unrest in Haiti and nuclear proliferation in Libya, North Korea and Iran.

The public session comes after months of scrutiny of the intelligence community's estimates that weapons of mass destruction would be found in Iraq.

While members of the Bush administration caution that the search in Iraq is not over, the debate heated up in last month when Tenet's former special adviser, David Kay, left his position as the top U.S. weapons inspector in Iraq. He began saying publicly that he doesn't believe weapons of mass destruction will be found.

The hearing comes as officials continue to examine the performance of intelligence agencies on an array of fronts.

For example, the federal commission reviewing the Sept. 11 attacks is looking into whether the United States failed to aggressively track one of the 2001 hijackers after obtaining his first name and phone number from German authorities more than two years before the attacks.

"The commission has been actively investigating the issue for some time," Philip Zelikow, executive director of the Sept. 11 commission, said Monday.

The intelligence officials testifying Tuesday used last year's session — about a month before the invasion of Iraq — to help make the case that Saddam Hussein posed a serious threat. However, some predictions have yet to, or did not, pan out.

West Virginia Sen. Jay Rockefeller, the committee's top Democrat, says it now appears that Iran has had more advanced weapons and closer links to dangerous terrorists than Saddam did.

"But our credibility has suffered because we have not found WMD in Iraq, and I fear we now will find it much harder to build international support to deal with Iran and other countries of concern such as North Korea," Rockefeller said in prepared remarks.

A new presidential commission is investigating the performance of U.S. intelligence in Iraq and elsewhere, including Libya and Iran. But that panel will not report until 2005, and it is unclear whether it will focus only on the collection and analysis of intelligence, or also the way officials presented it.

Defending his analysts in a speech earlier this month, Tenet said: "They never said there was an imminent threat."