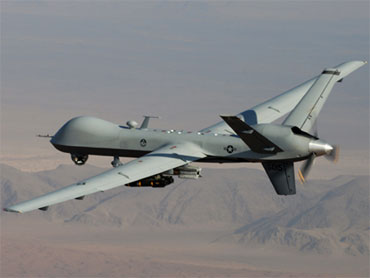 Insurgents in Iraq and Afghanistan have hacked into live video feeds from Predator drones, a key weapon in a Pentagon spy system that serves as the U.S. military's eyes in the sky for surveillance and intelligence collection.

Though militants could see the video, there is no evidence they were able to jam the electronic signals from the unmanned aerial craft or take control of the vehicles, a senior defense official said Thursday, speaking on condition of anonymity to discuss sensitive intelligence issues.

Obtaining the video feeds can provide insurgents with critical information about what the military may be targeting, including buildings, roads and other facilities.

Shiite fighters in Iraq used off-the-shelf software programs such as SkyGrabber - available for as little as $25.95 on the Internet - to regularly capture drone video feeds, the Wall Street Journal reported Thursday. The interception, first done there at least a year ago, was possible because the remotely flown planes had unprotected communications links.

Within the last several months, the military has found evidence of at least one instance where insurgents in Afghanistan also monitored U.S. drone video, a second defense official said. He had no details on how many times it was done in Afghanistan or by which group.

In 2002, a British engineer who enjoys scanning satellite signals for fun stumbled across a NATO video feed from the Kosovo war. CBS News correspondent Mark Phillips reported then on the apparent surveillance security shortfall, and the U.S. military's decision to essentially let it slide.

The Defense Department has addressed the issue, and is working to encrypt all of its drone video feeds from Iraq, Afghanistan and Pakistan, defense officials said. One defense official noted that upgrading the encryption in the drones is a lengthy process because there are at least 600 unmanned vehicles along with thousands of ground stations to address.

"This was just one of the signals, a broadcast signal, and there was no hacking. It is the interception of a broadcast signal," said Meyerrose, who worked to field the unmanned systems in the 1990s, when he was a senior Air Force officer.

The problem, he said, is that when the drones were first being developed they were using commercial equipment, which as time goes on could become vulnerable to intercepts.

The Predator, also currently used in the hunt for al Qaeda and other militants in Pakistan, Somalia and elsewhere, can fly for hours remotely controlled by pilots thousands of miles away. It can fly armed or unarmed, and is part of a growing arsenal of such craft that includes the Reaper and Raven as well as a new, high-tech video sensor system called the Gorgon Stare, being installed on Reapers.

In the first 11 months of the Obama Administration there have been 47 Predator missile strikes inside Pakistsan - as many as were launched during the entire Bush presidency, report s CBS News correspondent Bob Orr.

The military has known about the vulnerability for more than a decade but assumed adversaries would not be able to exploit it.

Then in December 2008, the military apprehended a Shiite militant in Iraq whose laptop contained files of intercepted drone video feeds, the Journal reported. In July, they found pirated feeds on other militant laptops, leading some officials to conclude that groups trained and funded by Iran were regularly intercepting feeds and sharing them with multiple extremist groups.

Defense Secretary Robert Gates asked the Pentagon's intelligence chief, James R. Clapper, Jr., to look into the problem and coordinate the work to address it. Officials said that when the intercepts were discovered in July 2008, it raised concerns, but technical adjustments were not difficult and were put in motion quickly.

The hacking is just another example of how formidable and inventive the extremists can be. The U.S. has spent billions of dollars, for instance, fighting homemade bombs in Iraq and Afghanistan, the No. 1 killer of troops and the weapon of choice by militants who have easy access to the materials needed to make them and use modern telecommunications networks to exchange information about how to improve them. 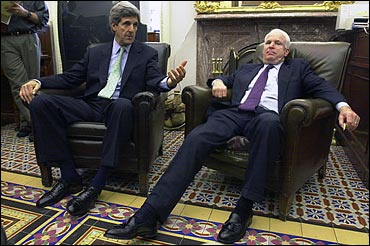