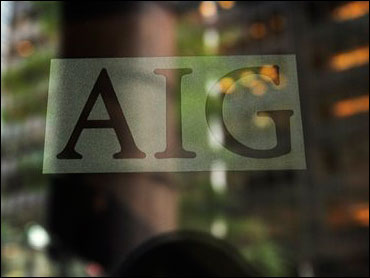 Storms weren't the only thing that battered insurance companies in 2008, and the new year could be just as tough.

Perhaps the biggest event to shake the industry in 2008 was the sudden collapse of American International Group Inc., once the largest insurance company in the U.S. before it gave in September under the weight of bad bets it made insuring mortgage-backed securities.

New York-based AIG has received to date a $150 billion rescue package from the federal government, and the company is seeking to shed some assets to raise more funds. A bankruptcy of AIG likely would have wreaked havoc in international markets.

"Obviously it was a pretty notable year with AIG being in the headlines," said Keefe, Bruyette & Woods analyst Cliff Gallant. "With that said, you compare the insurance industry to the banking industry ... there haven't been insolvencies."

Still, there have been signs of distress. The KBW Insurance Index, which includes 24 national insurance companies, declined nearly 50 percent in 2008. The Dow Jones U.S. Insurance index is down about 51 percent. The broader market has also declined.

"We are expecting 2009 to be a difficult year," Gallant said. "We are hoping that by the second half we start to pull through things, but I think we still have a lot of challenges ahead of us."

Insurers, like other financial firms, have taken losses on investments in debt such as collateralized debt obligations and mortgage-backed securities. CDOs are securities backed by pools of mortgages or other assets. They have plummeted in value since the credit crisis erupted more than a year ago as investors fled all but the safest forms of debt.

During 2008, insurers' stocks, including Genworth, MetLife Inc. and Hartford Financial Services Group Inc., have been hit hard by concerns over the sector's mortgage exposure and the need for companies to raise capital.

Others, like AIG, have also lost money on credit-default swaps, which are essentially insurance contracts or bets on the possible default of CDOs or mortgage-backed securities. Sellers of the swaps must repay customers if the underlying value of the assets decline.

Insurers also have been under pressure to maintain solid capital positions as the markets all but stopped lending money to avoid damaging downgrades by ratings agencies. Keeping high ratings is key for insurers because lower ratings can mean higher costs, and in some cases, even a loss of business.

"In a year like 2008, it's hard to pick many winners," said Robert Hartwig, an economist and president of the Insurance Information Institute, a New York-based industry group. Hartwig added that if anyone is a winner, it's the policy holder. "Your claim is being paid. Your policy is being renewed," said Hartwig, who expects pricing will remain relatively flat.

Property and casualty insurers had more than $25 billion of dollars in catastrophe losses tied to Hurricanes Gustav and Ike and other natural disasters in 2008.

Deutsche Bank analyst Darin Arita said in a client note that he expects life-insurance stocks to fluctuate with the credit and equity markets in the near term, which will add increased pressure to earnings.

In recent months, some companies have taken action to bolster capital. Hartford Financial of Connecticut raised $2.5 billion of capital in October and contributed all of it into its life-insurance operations. That same month, New York-based MetLife raised $2.3 billion in a stock offering.

"We would not rule out the life insurers raising additional capital, especially if their stock prices move higher," Arita wrote.