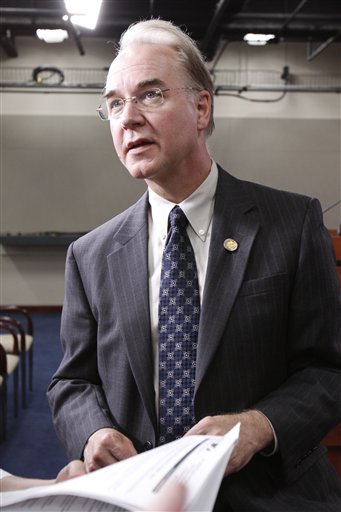 The Republican Party is harnessing the furious debate over health care to raise campaign cash from doctors, dangling the promise of including donors' names in advertising that attacks President Barack Obama's overhaul plan.

The GOP's House campaign arm says it has raised $1.3 million since June by targeting thousands of physicians across the country with phone calls and faxes, inviting them to join the fight "against any proposal that creates a government-run health care system in America."

Some 5,000 doctors have donated, said GOP spokesman Paul Lindsay, and another 10,000 have lent their names as supporters without donating.

Some of the appeals also have gone astray. Paul Kramer, an occupational and family medicine doctor in Henderson, Ky., initially liked the idea when he was called about joining the Physicians' Council for Responsible Reform, but then perceived it as "a bald fund-raising effort."

"When I told the woman I wouldn't be interested in making any financial contribution, the call was quickly ended. I want reform and wanted to tell them that not all physicians were interested in seeing this effort tank," Kramer said. "I never got the chance."

The campaign is not only an example of opportunistic fundraising, but also of how both parties are vying to show backing from the nation's doctors, who polls show rank among the country's most trusted professionals.

Obama had scores of doctors flanking him at the White House Monday as he spoke on the issue, members of a physicians group that supported his presidential campaign. Republicans responded with a conference call for reporters with former American Medical Association president Donald Palmisano and Rep. Tom Price, R-Ga., one of several GOP members of Congress who are doctors.

A brochure sent to the potential GOP contributors spells out how donors can benefit. A check for at least $5,000 earns a donor face time with "key decisionmakers" in Washington, and "media training" so they can enlist colleagues to join the effort, according to the document. Lesser contributors are promised such privileges as "special closed door briefings" or recognition on a Web site.

Price is chairman of the physicians' council that is raising money for GOP candidates. Documents provided to The Associated Press and interviews with participants in the campaign shed light on how it operates.

Doctors around the country said in recent weeks they have received an unsolicited fax from Price or telephone calls from the GOP asking them to join the physicians' council. The GOP's Lindsay said that during one three-day period alone _ Sept. 21-23 _ more than 5,000 doctors were contacted.

They were sent a proposed print advertisement headlined, "The RIGHT Kind of Health Care Is Not Run By Our Government." The proposed ad, in the form of a petition opposing federally run health care, showed a list of about 40 doctors' names. Among that list of names was either the name of the doctor receiving the ad or the phrase, "Your Name Here."

Lindsay said the names on some ads doctors received were made up, generated randomly by computers, while others bore the names of doctors who had previously joined the physicians' council.

The effort appeared aimed at legitimizing the Republican stance in the health care fight by implying to the doctors being solicited that other physicians were already on board. The fax seeking names for the advertisements notes its sponsorship by the National Republican Congressional Committee.

Dr. Michael Harbut, an occupational and environmental specialist and researcher in Royal Oak, Mich., declined to participate but worried other doctors might see his name on materials sent to enlist them as well. He sent a mass e-mail to ensure no one thought he and Price were "singing out of the same hymnal."

No doctors' names are used either in solicitations or ads unless they consent, Lindsay said. He sai ads will run in Capitol Hill publications when it's determined they'll have the most impact.

One doctor who signed on was Barton Butterbaugh of Scottsdale, Ariz., a GOP contributor since 2004. He wanted his name among doctors who are "proactive with respect to knowing what Americans need and want because each of us is out treating Americans."