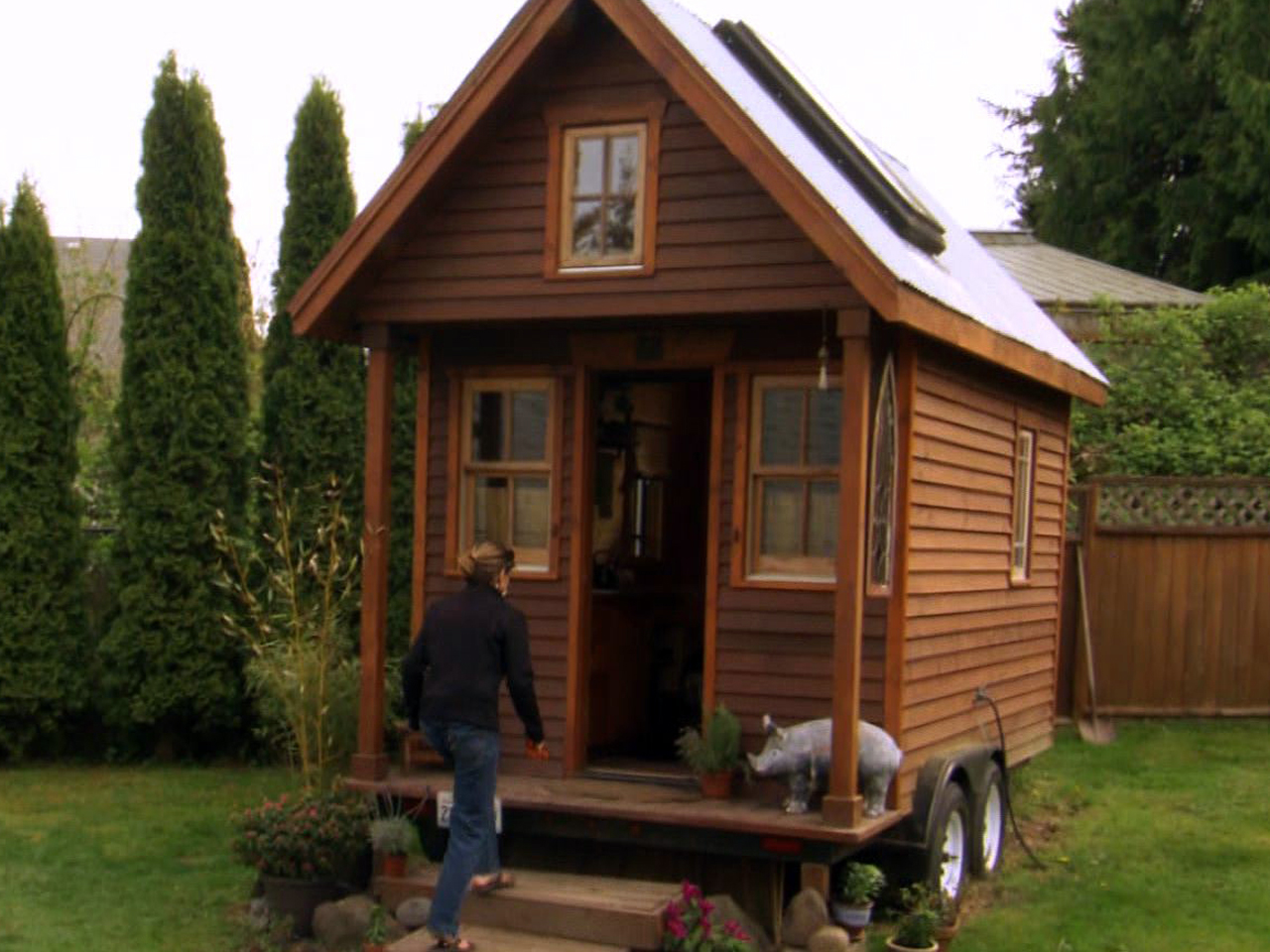 A big movement across the country focuses on dwellings with a very small carbon footprint. "Tiny houses" are no larger than 200 square feet.

Dee Williams's mini-home - all 84 square feet of it, featuring a one-burner propane stove - helped reduce nearly everything in her life, including stress, reports CBS News correspondent Carter Evans. She writes about it in a new book called "The Big Tiny: A Built-It-Myself Memoir."

Ten years ago, she owned a 2,000-square-feet home in Portland, Ore.

So what was missing?

"The thing that was most missing in that American dream was a sense of being relaxed in my life," she said.

Williams had a career as a Hazmat inspector, and like many Americans, she worked hard just to pay her $1,400 monthly mortgage. She spent her free time fixing up her home. Then suddenly, she collapsed from a life-threatening heart condition. Williams was just 39, and knew she had to change her life.

"For me, it was waking up in the hospital and being given a diagnosis that gave me one to five years for a healthy heart, and then I would need to get a transplant. It was a good kick in the pants."

In her doctor's office, Williams read an article about tiny houses, fewer than 200 square feet. That's about one-fifth the size of a mobile home, but these hobbit-sized habitats are street legal, and they start at around $25,000.

"My idea when I saw this little house, was that all of a sudden it would liberate me from the things that I felt most trapped by," Williams said.

She built her tiny house with found materials, and parked it in a friend's backyard in Olympia, Wash.

These days, Williams said her utilities cost about $8 a month.

"Tiny houses are really cute, they're like puppies or ducklings? They're like the small version of the large thing," she said.

Williams recently wrote a book about her experience, and now is considered a pioneer in the tiny house movement.

In Portland, Deb Delman and her husband recently opened Caravan, the country's first tiny house hotel. They sleep up to four people and offer all the comforts of home.

"Each bathroom in each tiny house is totally different, and all of them are a little funky and artistic. And you still have your privacy," Delman said.

It's been such a success, they're adding two more tiny houses this summer.

"There's something I think universally appealing that brings out the child in us that used to play in a tree house or a fort. There's something fun about this idea of something small, just like a playful side to it."

Many guests like Jenny Hartman stay to see if tiny houses could be good fit.

"We're thinking about, what are we going to do when we retire, where are we going to go? What if we don't want to settle in just one place? This is really an appealing option," she said.

While small and cozy is making a big impression, Williams admits letting go of nearly everything you own can be a struggle. "I still cry about the things I couldn't keep," she said. "My desire for things hasn't changed. ... I have nowhere to put it."