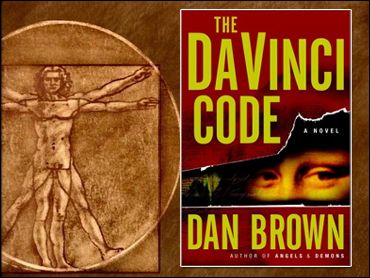 Though "The Da Vinci Code" was contentious enough to produce 10 books attempting to discredit it, its author said he left out what likely would have been the most controversial part.

Dan Brown said that when he wrote the best seller that dissects the origins of Jesus Christ and disputes long-held beliefs about Catholicism, he considered including material alleging that Jesus Christ survived the crucifixion.

While speaking at a benefit Tuesday for a New Hampshire writers' group, Brown said the theory is backed by a number of "very credible sources," but that he ultimately decided it was too flimsy.

"For me, that was just three or four steps too far," he told the crowd of more than 800 people.

Brown's discussion of his book, during which he answered audience questions, was a rare public appearance for him. He has declined most requests for media interviews this year, saying he is focusing on writing the sequel to his book.

He said the new book, set in Washington, D.C., would focus on the Free and Accepted Masons, a secretive fraternal organization. He said the architecture in Washington is soaked in symbolism and plays a major role in the novel. He also said the dust jacket of "The Da Vinci Code" contains a code that reveals information about the sequel.

But Brown spent much of the evening discussing the controversy that has surrounded "The Da Vinci Code."

Since the book was published in March 2003, liberal and conservative writers have cited numerous errors. A key assertion in "The Da Vinci Code" — that Jesus married Mary Magdalene and that sinister Christians suppressed information about it — comes from a 1982 book titled "Holy Blood, Holy Grail," which a New York Times reviewer called "rank nonsense."

Brown said he is grateful his book is generating so much debate. He said apathy is a constant threat to the study of the uncomfortable relationship between science and religion.

The book casts unflattering light on the Catholic Church, accusing church leaders of demonizing women for centuries and of covering up the truth about the Holy Grail, which Brown says is Mary Magdalene herself.

Many critics have taken issue with Brown's claim that Jesus and Mary Magdalene had a child who was whisked away to France after Jesus' crucifixion.

But Brown, who was raised Christian, said that theory does not detract from Christianity's message.

"In my mind, the possibility that Jesus might have married Mary Magdalene in no way undermines the beauty of Christ's message," he said.

"The Da Vinci Code" has sold 7.5 million copies worldwide and is expected to be made into a movie.