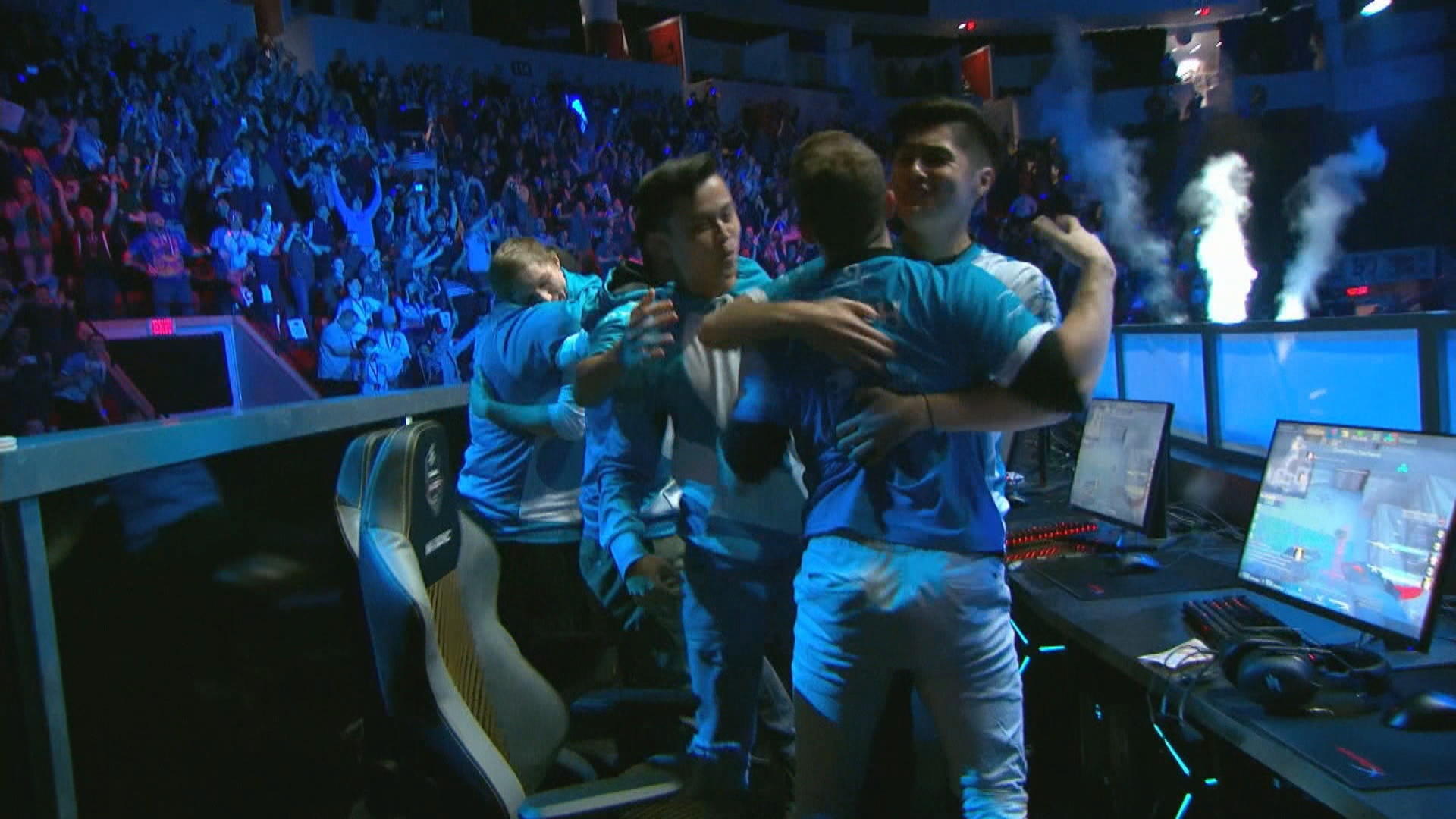 At the Agganis Arena in Boston, fans got to their feet to root for their favorite team – even though the athletes never left their seats. The competitors are professional gamers who were vying for a $1 million prize. The game? Counter-Strike: Global Offensive. Thousands packed in to see the drama, including 16-year-old Jessie Wilkerson and 15-year-old Aiden Thumser who were rooting for Team Faze.

"Well I got into Faze a long time ago back when they started doing Call of Duty before they even had a competitive Counter-Strike team," Wilkerson told CBS News' Vladimir Duthiers.

The two said they've been gaming since they were about four years old. Fans like Wilkerson seem to have video games in their DNA and are why competitive gaming, or esports, sell out stadiums.

In 2017, battle arena games League of Legends and Dota 2 had more than 100 million monthly active users, and fans watched an astounding two billion hours of gameplay. That's why esports, a $1.5 billion-industry in 2017, is expected to grow to $2.3 billion in 2022.

"Sometimes people think, like, when they hear video games or esports, you know, they might have, like, Super Mario from, like, Nintendo in their mind and they're like, you know, 'well, how hard can that be?' but games have come so far, you know, from that genesis moment, right? I mean, they truly are sports," William Collis said.

Collis is a Harvard business graduate who always enjoyed gaming but needed a little help.

"I had an experience where I was playing on a very, very amateur Heroes of the Storm team with all of my friends… At some point my friends took me aside and they said to me, 'You know William, we love you, you are fun to spend time with but you suck at this game. You are so bad at this game. We are going to kick you off the team.' And so finally I just said to myself, 'OK, well, I'll go get a coach,'" he said.

He assumed something like that already existed, but it didn't.

"I eventually found somebody who is willing to do it for a little bit of money. ... Within the first five minutes I knew it needed to be a business."

That business became Gamer Sensei, an online platform that virtually pairs coaches with gamers who want to level up.

Lessons start as low as $10 per hour, but celebrity coaches can charge hundreds of dollars per session.

But are parents willing to pay for a gaming coach the way they'd pay for professional hockey or tennis lessons? Collis thinks so.

"So there are now tons of college scholarships for video games ... just like you might pay for a basketball coach or a, you know, football coach for your son or daughter because you believe that that is going to, you know, help them excel, you know, academically in the future," Collis said. "Games have that same path now."

Joe Frangiosa would agree. He is a sophomore at Becker College in Worcester, Massachusetts, studying game development, and he dreamed of turning his hobby into a career since he was 15.

"I had started to kind of watch the professionals play esports and I had like followed certain players, and I'm like hey, hopefully one day I could be there at this kind of level,'" Frangiosa said.

Frangiosa competes on Becker's League of Legends team, which receives coaching services from Gamer Sensei in hopes of winning a collegiate tournament. But the ultimate goal for Frangiosa is to become a programmer at a top gaming company.

"It's not a joke. Because some people seem to think, like, oh you sit behind a computer all day and you don't do anything, but in reality you can actually get, like, good money off of it and have a good living and all that," Frangiosa said.

"That generation that's growing up now does not necessarily have that same interest that you or I do in physical sports," said CNET's editor-at-large, Jeff Bakalar. He thinks esports are here to stay.

"If you look at the average male under 25 they are watching more esports and streams than they are regular sports," Bakalar said. "I think there's a lot of reasons for that. I think when you look at like accessibility you just gotta go out and get a game and you're a part of that community."

Back at Gamer Sensei headquarters in Boston, the team is hoping to continue to ride the wave of esports growing popularity.

"We have people doing, you know, 10, 20 hours of lessons or, like, 30 hours of lessons on the platform a week because they're committed to these games," Collis said. "If you love gaming, this will be seen as sort of an indispensable piece of how you experience gaming."

And in the future these athletes may be playing at the highest level in sports. The International Olympic Committee is talking to esports representatives about possible inclusion in the 2024 Olympics in Paris.

Want to know what Gayle King is up to in the makeup room or how stories are put together before the show?