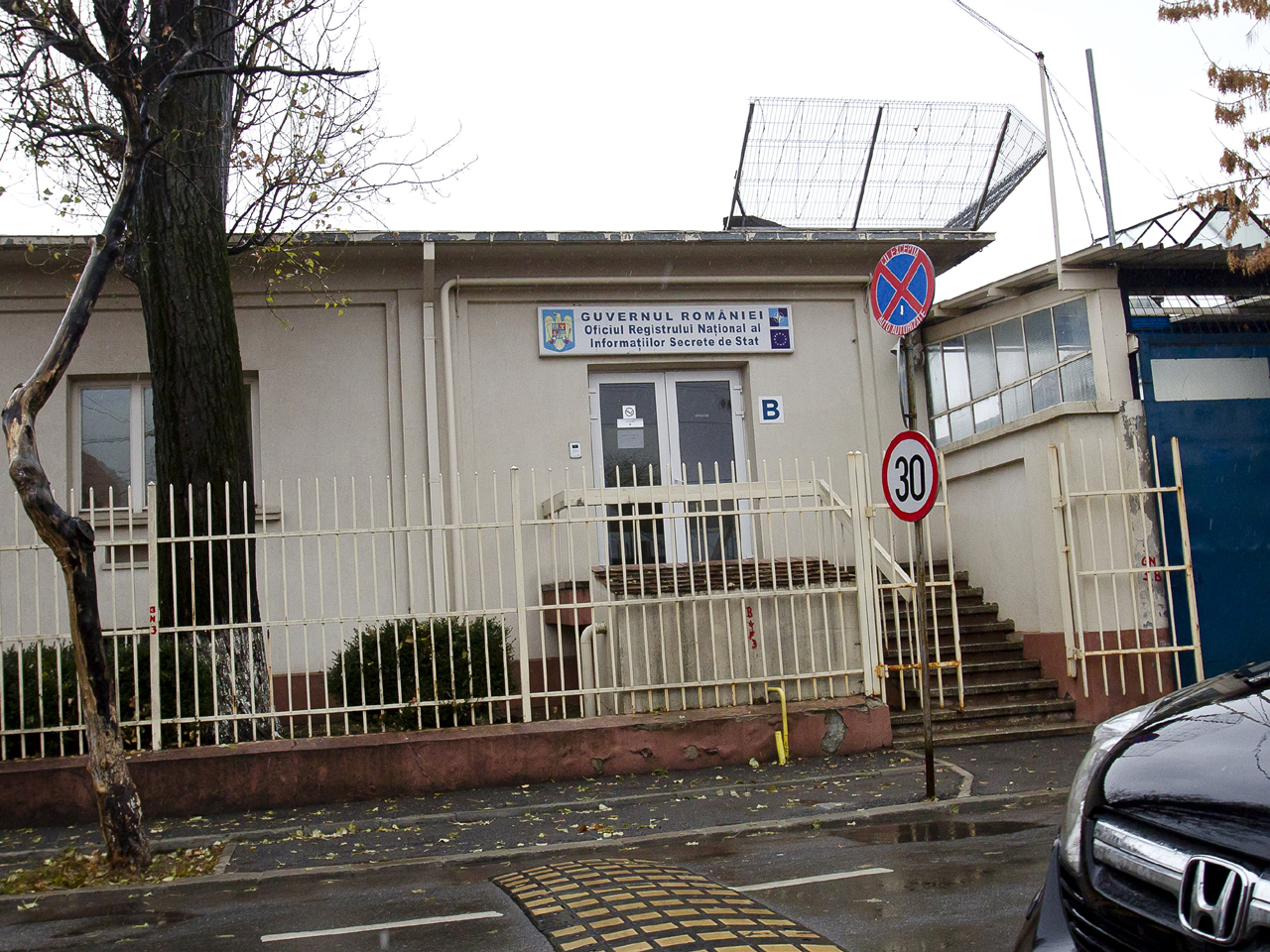 WASHINGTON - In northern Bucharest, in a busy residential neighborhood minutes from the heart of the capital city, is a secret the Romanian government has long tried to protect.

For years, the CIA used a government building — codenamed "Bright Light" — as a makeshift prison for its most valuable detainees. There it held al Qaeda operatives Khalid Sheikh Mohammed, the mastermind of 9/11, and others in a basement prison before they were ultimately transferred to Guantanamo Bay, Cuba, in 2006, according to former U.S. intelligence officials familiar with the location and inner workings of the prison.

The existence of a CIA prison in Romania has been widely reported, but its location has never been made public. The Associated Press and German public television ARD located the former prison and learned details of the facility where harsh interrogation tactics were used. ARD's program on the CIA prison is set to air Thursday.

The Romanian prison was part of a network of so-called black sites that the CIA operated and controlled overseas in Thailand, Lithuania and Poland. All the prisons were closed by May 2006, and the CIA's detention and interrogation program ended in 2009.

Unlike the CIA's facility in Lithuania's countryside or the one hidden in a Polish military installation, the CIA's prison in Romania was not in a remote location. It was hidden in plain sight, a couple blocks off a major boulevard on a street lined with trees and homes, along busy train tracks.

The building is used as the National Registry Office for Classified Information, which is also known as ORNISS. Classified information from NATO and the European Union is stored there. Former intelligence officials both described the location of the prison and identified pictures of the building.

In an interview at the building in November, senior ORNISS official Adrian Camarasan said the basement is one of the most secure rooms in all of Romania. But he said Americans never ran a prison there.

"No, no. Impossible, impossible," he said in an ARD interview for its "Panorama" news broadcast, as a security official monitored the interview.

The CIA prison opened for business in the fall of 2003, after the CIA decided to empty the black site in Poland, according to former U.S. officials, who spoke on condition of anonymity because they were not authorized to discuss the detention program with reporters.

Shuttling detainees into the facility without being seen was relatively easy. After flying into Bucharest, the detainees were brought to the site in vans. CIA operatives then drove down a side road and entered the compound through a rear gate that led to the actual prison.

The detainees could then be unloaded and whisked into the ground floor of the prison and into the basement.

The basement consisted of six prefabricated cells, each with a clock and arrow pointing to Mecca, the officials said. The cells were on springs, keeping them slightly off balance and causing disorientation among some detainees.

During the first month of their detention, the detainees endured sleep deprivation and were doused with water, slapped or forced to stand in painful positions, several former officials said. Waterboarding, the notorious interrogation technique that simulates drowning, was not performed in Romania, they said.

After the initial interrogations, the detainees were treated with care, the officials said. The prisoners received regular dental and medical checkups. The CIA shipped in Halal food to the site from Frankfurt, Germany, the agency's European center for operations. Halal meat is prepared under religious rules similar to kosher food.

Former U.S. officials said that because the building was a government installation, it provided excellent cover. The prison didn't need heavy security because area residents knew it was owned by the government. People wouldn't be inclined to snoop in post-communist Romania, with its extensive security apparatus known for spying on the country's own citizens.

Human rights activists have urged the Eastern European countries to investigate the roles their governments played in hosting the prisons in which interrogation techniques such as waterboarding were used. Officials from these countries continue to deny these prisons ever existed.

"We know of the criticism, but we have no knowledge of this subject," Romanian President Traian Basescu said in a September interview with AP.

The CIA has tried to close the book on the detention program, which President Barack Obama ended shortly after taking office.

"That controversy has largely subsided," the CIA's top lawyer, Stephen Preston, said at a conference this month.

But details of the prison network continue to trickle out through investigations by international bodies, reporters and human rights groups. "There have been years of official denials," said Dick Marty, a Swiss lawmaker who led an investigation into the CIA secret prisons for the Council of Europe. "We are at last beginning to learn what really happened in Bucharest."

During the Council of Europe's investigation, Romania's foreign affairs minister assured investigators in a written report that, "No public official or other person acting in an official capacity has been involved in the unacknowledged deprivation of any individual, or transport of any individual while so deprived of their liberty." That report also described several other government investigations into reports of a secret CIA prison in Romania and said: "No such activities took place on Romanian territory."

Reporters and human rights investigators have previously used flight records to tie Romania to the secret prison program. Flight records for a Boeing 737 known to be used by the CIA showed a flight from Poland to Bucharest in September 2003. Among the prisoners on board, according to former CIA officials, were Mohammed and Walid bin Attash, who has been implicated in the bombing of the USS Cole.

Later, other detainees — Ramzi Binalshibh, Abd al-Nashiri and Abu Faraj al-Libi — were also moved to Romania. A deceptive al-Libi, who was taken to the prison in June 2005, provided information that would later help the CIA identify Osama bin Laden's trusted courier, a man who unwittingly led them the CIA to bin Laden himself.

Court documents recently discovered in a lawsuit have also added to the body of evidence pointing to a CIA prison in Romania. The files show CIA contractor Richmor Aviation Inc., a New York-based charter company, operated flights to and from Romania along with other locations including Morocco and the U.S. military prison at Guantanamo Bay.

For the CIA officers working at the secret prison, the assignment wasn't glamorous. The officers served 90-day tours, slept on the compound and ate their meals there, too. Officers were prevented from the leaving the base after their presence in the neighborhood stoked suspicion. One former officer complained that the CIA spent most of its time baby-sitting detainees like Binalshibh and Mohammed whose intelligence value diminished as the years passed.

The Romanian and Lithuanian sites were eventually closed in the first half of 2006 before CIA Director Porter Goss left the job. Some of the detainees were taken to Kabul, where the CIA could legally hold them before they were sent to Guantanamo. Others were sent back to their native countries.