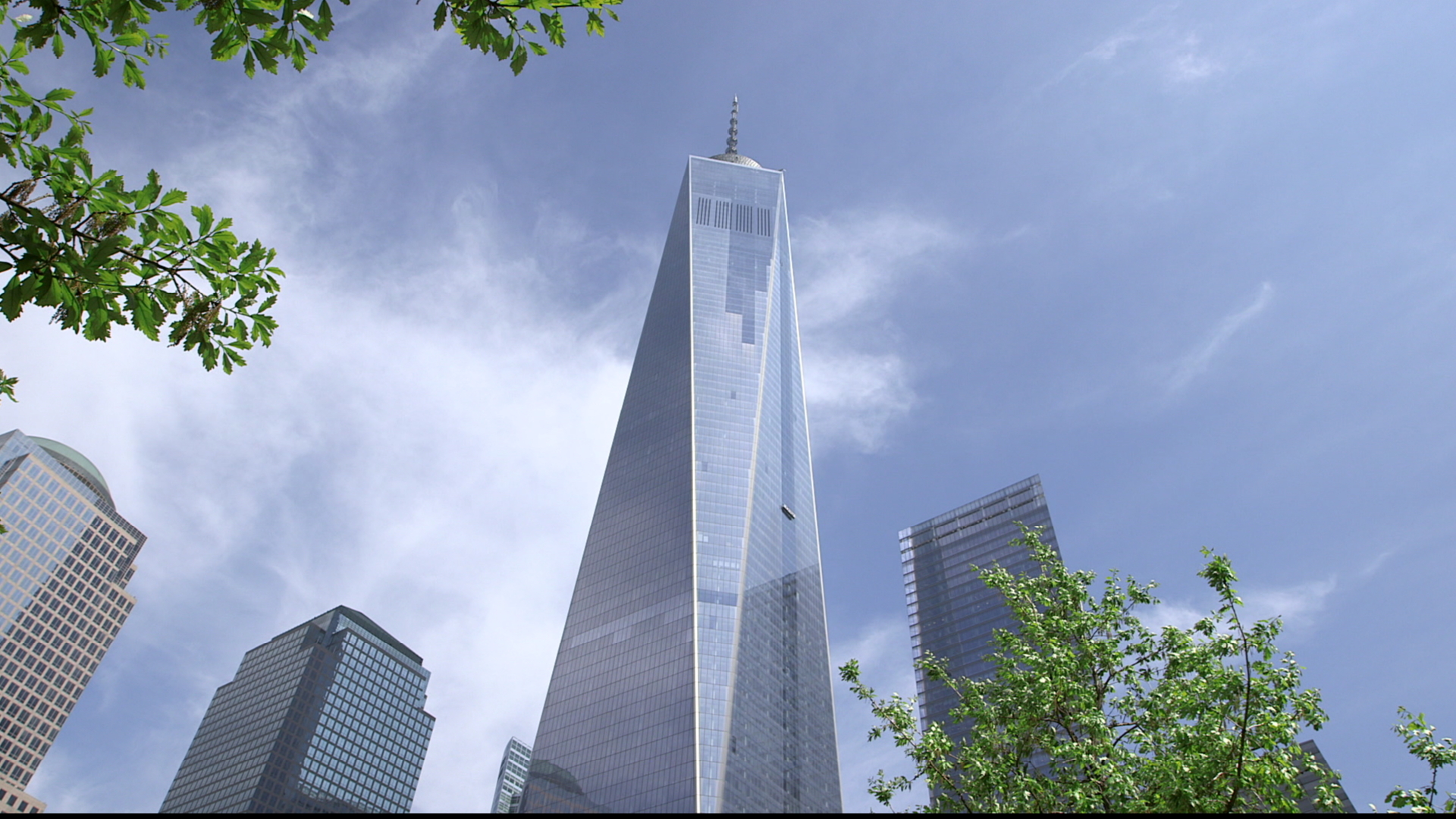 Three to four million people are expected to come to One World Observatory during the first year. While the views are the stars of the show, designers have added other attractions, reports CBS News correspondent Anthony Mason.

Every trip to the top of the One World Trade Center starts with a step back in time.

The ride to the 102nd floor is a visual history lesson. Visitors see New York City's transformation from wetland wilderness to modern metropolis.

The man behind it all is David Checketts. He used to run Madison Square Garden but is now the CEO of Legends, the company that operates One World Observatory.

"This is the fastest elevator in the world," Checketts said."This is 47 seconds from the bottom to the top. Now you'll notice over here the building is being built around you. And then all of a sudden we're at the top."

In most skyscrapers, the view hits you immediately. Not here. A video show builds the suspense before the city is unveiled.

On a clear day, visibility seems almost endless, thanks in part to the 30-foot windows that extend all the way around.

You can see the Empire State Building, the Statue of Liberty and the Brooklyn and Manhattan Bridges.

"You're high enough up that you can start to see the curvature of the earth," Checketts said.

One thing people won't see, however, are explicit reminders of 9/11, unless they look down at the memorial pools below.

"This space was to be used as a fist pump. We put it back up and now, looking forward to a future filled with promise," Checketts said.

"It means that, particularly for downtown, we're back 100 percent. Downtown is thriving right now. Great companies are coming down here to create the world headquarters. Big residential community here, ironically much more of a residential than 20 years ago. And it's a great moment," de Blasio said. "It really says that we have turned the corner once and for all, and those that sought to attack us lost, once again."

The observatory spans the top three floors of One World Trade Center.

"The view from here is unlike any other that I've ever seen," CNN anchor and "60 Minutes" correspondent Anderson Cooper said. "And it really gives you a sense of the history of New York ... why Manhattan is where it is, the geography of it and you really feel rooted in the history. Often in New York it's hard to get a sense of a place, you don't see much sky but here you see it all, and it's -- you literally see the curvature of the earth. It's amazing."

"The challenge was to do something creative enough so that people didn't just come up, look out, take pictures, and then go back down," Checketts said.

At the Sky Portal, embedded in the floor, you can look down at the streets below. The view comes from a live high-definition feed from a camera affixed to the spire at the top of the tower.

Guides will help tourists learn about the city's attractions, or if smaller screens are more your size the experience offers One World Explorer iPad with a virtual helicopter tour of the city. Select different locations on the screen and the chopper takes you right there.

The ride down on the elevators feels more like a flight simulation as passengers are sent on an aerial tour around the building, and it's just as stunning at night.

Unfortunately, there is no outdoor space at the observatory. Checketts said the building's design wouldn't allow for it.

"What a message to the world. We said we were going to build it back and build better than ever, and it's true. You can see it," de Blasio said.

Ticket prices range from $26 for young children to $32 for adults.