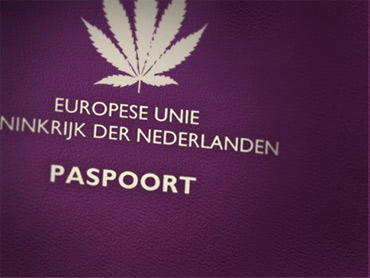 This story was written by Brian Montopoli as part of a new CBSNews.com special report on the evolving debate over marijuana legalization in the U.S. Click here for more of the series, Marijuana Nation: The New War Over Weed.


When it comes to the debate over legalizing marijuana, even the president of the United States has a hard time keeping a straight face.

After legalization questions got high ratings in an online town hall in March, Mr. Obama couldn't suppress a grin and a joke about what the popularity of the topic "says about the online audience." To the disappointment, if not the surprise, of marijuana advocates, he went on to say that he doesn't think legalizing and taxing marijuana "is a good strategy to grow our economy."

Yet there are many Americans - and public officials - who are taking the issue more seriously. In a CBS News poll released Monday, 41 percent of Americans said they favor marijuana legalization. Other polls put that figure as high as 52 percent.

Meanwhile, Reps. Barney Frank and Ron Paul co-authored a bill to end federal penalties for possession of small amounts of pot. Sen. Jim Webb has put forth legislation to create a commission examining drug policy and problems in the criminal justice system.

In California, Assemblyman Tom Ammiano introduced a bill to legalize recreational use of the drug in order to generate desperately-needed tax revenue - and Gov. Arnold Schwarzenegger says he is open to a debate over doing just that.

These are significant steps for American politicians, who have long been loath to take on drug legalization for fear of being labeled soft on crime. But they mark little more than an early effort to prompt discussion around the issue.

For a more substantive look at how politicians are grappling with decriminalization, one must cross the Atlantic and take a look at Holland, where casual marijuana use has been de facto legal since 1976.

Where Pot Is Both Legal And Illegal:

Despite what the typical backpack-toting college student might think, pot exists in something of a legal netherworld even in Amsterdam. While coffee shops in some areas of the country can sell marijuana without risk of punishment, proprietors cannot legally obtain the product for sale. And possession and production are technically misdemeanors that can prompt a fine.

"The Dutch model is a little half baked," quips Tim Boekhout van Solinge, a drug policy expert at the University of Utrecht in the Netherlands. "The supply side is still illegal, the production is illegal."

Experts on both sides of the issue lament the ambiguity of marijuana policy not just in Holland but also in places like California, where there are not clear rules about the distribution of medical marijuana.

Dutch drug policy is grounded in the separation of soft drugs like marijuana from harder drugs like cocaine and heroin. "The policy has evolved slowly over time," said Craig Reinerman, a sociology professor and drug policy expect at the University of California Santa Cruz. "At first they had a national commission, much like the Nixon administration had. And their national commission said, 'look, all drugs have risks, even legal ones. Some are acceptable, and some are just too high.'"

Because history suggested people would use marijuana regardless of the limits imposed by the government, the Dutch tried to manage use as part of an attempt to keep transactions as safe as possible. (They have a similar philosophy when it comes to prostitution).

Dutch law enforcement will not go after coffee shops that sell small amounts of marijuana (up to five grams) to people over the age of 18, though the coffee shops can only operate if the local municipality allows it. The coffee shops can only keep 500 grams of marijuana onsite at any one time, can't advertize, can't sell alcohol or hard drugs and can be shut down if they become a nuisance to the neighborhood. Customers are permitted to consume the drug on the premises or at their home.

WATCH: Dutch Doctor Frederick Polak talks to CBSNews.com about the relationship between repression and use.

In addition, if not for international treaties designed to restrict supply, the Dutch may well have crafted a policy in which the supply side is (at the very least) de facto legal as well, according to Boekhout van Solinge. In the current system the state can only generate tax revenue indirectly, via the incomes of those who run the coffee shops. And many proprietors have little choice but to engage in somewhat shadowy transactions in order to secure the product.

"The fact that production and supply are still left in the underground certainly creates some problems," said Bruce Mirken at the Marijuana Policy Project.

Over the years, Dutch policy has prompted serious grousing from neighbors. In the 1990s, French president Jacques Chirac suggested the country's position was weakening Europe-wide efforts to combat drug use. One of his allies in the legislature went so far as to dub Holland a "narco-state." Holland has long fought illegal drug trafficking, yet remains a significant producer of a number of drugs and a key entry point for narcotics into Europe.

Yet as defenders of the Dutch policy are all too happy to point out, the Dutch actually smoke less pot than many of their neighbors - the French included. According to the European Monitoring Centre for Drugs and Drug Addiction, 22.6 percent of Dutch citizens between ages 15 and 64 reported having used cannabis in their lifetime. In France, the percentage in that age group who reported using the drug was nearly four points higher - 26.2 percent.

Among Spaniards the lifetime usage rate for this age group is even higher - 28.6 percent - while among Italians it sits at a relatively robust 29.3 percent. In the United Kingdom, where the sample included 16 through 59 year olds, the percentage who said they had used cannabis was above 30 percent.

For the record, the country with the most liberal drug policy in Europe is actually Portugal - which happens to have the lowest rate of lifetime marijuana use in the entire European Union. (But that's a different story.)

In the United States, meanwhile, more than 40 percent of people 18 and older have used marijuana or hashish. America boasts one of the highest pot usage rates in the world.

"If you look at the data, it really dispels any notion that allowing adults to possess marijuana creates a nation of potheads," Merkin said.

Lessons From The Dutch:

Dutch public opinion over the nation's drug policy has long been split, with polls usually suggesting that a slim majority favor the coffee shop-based system. In recent years, however, the country has moved to become more restrictive, thanks in large part to resentment over the impact of so-called "drug tourists," whose partying has long angered locals.

In 2007, the Netherlands banned the use of psychedelic mushrooms (which had essentially been treated as soft drugs) after a drug-related suicide, and several municipalities have moved to close coffee shops to discourage crime and drug tourism. The U.S. Department Of Justice says that 81 percent of the country's municipalities did not allow coffee shops as far back as 2000. One Dutch professor predicts there will be no more coffee shops in Holland by 2010, thanks in large part to anger over drug tourists.

One of the key debates around pot policy in Holland, the U.S. and elsewhere centers on the question of destigmatization - whether or not giving the drug the imprimatur of legality will drive up usage rates. Joel W. Hay, a Clinical Pharmacy and Pharmaceutical Economics & Policy at the University Of Southern California and an opponent of marijuana legalization, says yes.

"A lot of people are now getting the clear social signal that pot is not that great because it is illegal" in the United States, he said. "It certainly doesn't deter use, but it probably deters a substantial amount, and that's for the good."

But Reinerman argues that destigmatization is a "tricky question."

"I interviewed a Dutch parent once and asked about this, and he told me, 'my son will smoke a little pot now and then, but mostly it doesn't occur to him to do that. There's no allure of the forbidden fruit,'" he said.

Reinerman allows that "in the first six months or a year or two [after legalization] there might be an increase" in marijuana use, but says the destigmitization that would come with legalization ultimately works both ways. "Availability is not destiny," he argues.

Peter Reuter, a University of Maryland professor of criminology, believes that any increase in usage rates if marijuana were decriminalized would be modest. He points to the fact that Dutch marijuana users tend to give up the drug at the same time as Americans do - in their 20s.

"I'm reasonably confident that if we followed the Dutch model we would not see a big uptick in usage," he said.

That could depend, however, on whether the United States could successfully follow one aspect of the Dutch policy that both legalization advocates and opponents laud: its ban on advertising. Hay notes that under a legalization policy business interests would be incentivized to try to drive up demand.

In the United States, he argues, a policy that bans advertising on legal marijuana would raise questions of Constitutionality. (Congress and the Obama administration did recently pass legislation more strictly limiting tobacco advertising.)

"I think it would be tightly contested whether restrictions could be put on it, because the adverse health effects are not that great," said Reuter. "Potential producers could bring suit."

These sorts of complex questions are being seriously considered in some American circles for the first time since the 1970s. The federal government, however, is not exactly joining the conversation. Though new drug czar Gil Kerlikowske has been lauded for his emphasis of treatment over incarceration - and for abandoning the phrase "war on drugs" - he recently told Rolling Stone that legalization is not something worth considering "under any circumstances."

Hay believes there is simply no good reason to abandon the status quo and emulate the Dutch policy, let alone move to full legalization.

"We have a philosophical question if potheads should be able to [use marijuana], and they sort of already can," he said. "It's not really that illegal right now. And I think having society saying this is something you shouldn't do, but we don't throw the book at you when you do it, is sort of a socially optimal policy."

But while medical marijuana use has been decriminalized in some areas of the country, police still arrest between 750,000 and 900,000 people per year on marijuana-related charges, the vast majority for possession.

"It just should be accepted that cannabis is consumed by hundreds of millions of people around the world," said Boekhout van Solinge. "When governments arrest people, it hasn't stopped people from consuming cannabis."