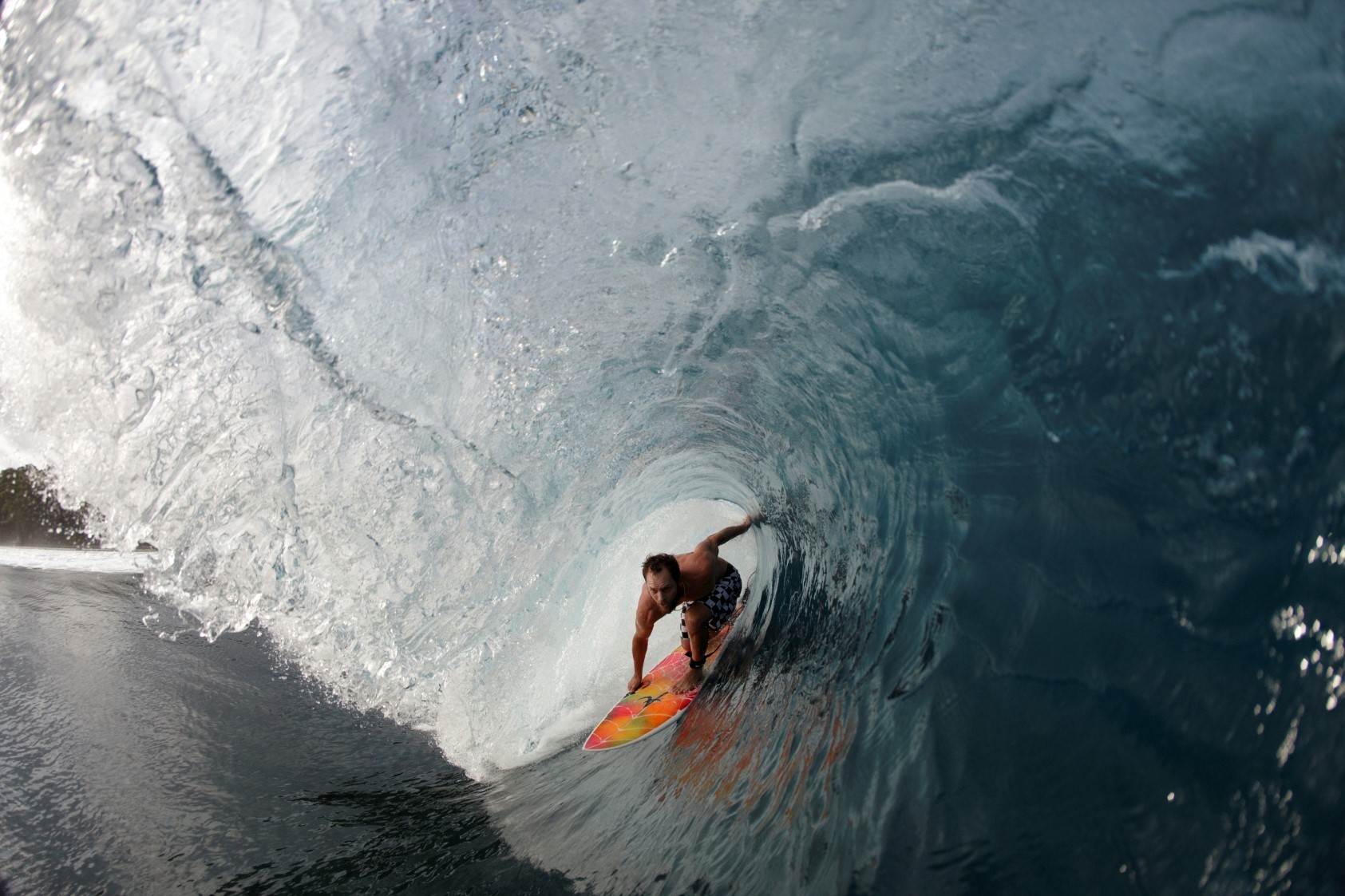 Pro surfer Richie Lovett is back riding the waves after undergoing groundbreaking surgery to remove a cancerous tumor in his leg.

When Lovett first began experiencing hip pain 8 years ago, at the age of 31, he thought it was simply caused by his active lifestyle. Lovett finally sought the help of a doctor, and after undergoing a battery of tests, he was diagnosed with a rare tumor called clear cell chondrosarcoma, located in his thigh bone.

It's an uncommon form of bone cancer that typically does not respond to standard cancer treatments, such as chemotherapy and radiation. Clear cell chondrosarcoma represents approximately 1 to 2 percent of all diagnosed chondrosarcomas, a type of cancer that affects bones and joints.

Lovett , an Australia native, was determined to beat the cancer, and his search for top-notch treatment led him to Dr. Earl Warren Brien at Cedars-Sinai Samuel Oschin Comprehensive Cancer Institute in Los Angeles, Calif.

Brien, the director of musculoskeletal tumor service at the orthopaedic oncology program, is an expert in treating bone cancers and has pioneered a number of innovative surgical procedures in orthopedic oncology.

During the surgery, Brien removed Lovett's entire damaged bone and then replaced it with a metal prosthetic, which he reconnected to his hip and surrounding muscles of his leg. The prosthetic is made of cobalt-chrome and titanium and has a three-piece head, which Brien said allows for the greatest range of motion and would give Lovett the best shot at returning to the sport he loves.

"This technique gave Richie, and patients like him, a faster recovery, more predictable outcomes and better overall quality of life," said Brien in a press release. It would also offer the best guarantee that the tumor would not return.

The details of Lovett's surgery were recently written up in the journal Orthopedics.

Lovett said he will forever be grateful to the hospital for the pioneering work. "I am committed to staying healthy and living a positive life," said Lovett in a statement. "I influence people wherever I can and am forever grateful to Dr. Brien for getting me back into the water."

Correction: An earlier version of this story stated that Cedars-Sinai Samuel Oschin Comprehensive Cancer Institute is located in Australia. It is located in Los Angeles, Calif.